Mr. Harrington responds to thoughts on his first post:

A friend of mine in Classics responded to my article on the Shield of Achilles by saying that it reminded her of the Pre-Socratic philosophers Heraclitus and Empedocles. I followed her lead and found it to be an excellent illustration of the persistence of the Greek world-picture.

The Pre-Socratics were a group of thinkers spread across the Mediterranean that rejected the gods of Homer’s poetry in favor of the quest for the “Arche” or basic unit of existence. Their movement culminated in the great triad of Athenian philosophers: Socrates, Plato, and Aristotle. Nevertheless, the Pre-Socratics share some fundamental assumptions about the nature of reality with Homer, and their models of the cosmos have peculiar similarities with Achilles’ shield.

Heraclitus attacked Homer as “deceived”: Men have been deceived, he says, as to their knowledge of what is apparent in the same way that Homer was – and he was the wisest of all the Greeks. [B 54].* Yet Heraclitus captures the essence of the Shield of Achilles in his famous assertion that War is father of all, king of all: some it shows as gods, some as men; some it makes slaves, some free. [B 53].** The famous Christian philosopher, Origen, cites Heraclitus as saying even more emphatically: One should know that war is common, that justice is strife, that all things come about in accordance with strife and with what must be. [B 80].*** Empedocles, for his part, puts himself in competition with Homer by choosing to write his philosophy in verse. He repeatedly imagines the cosmos as a circle of cycles, like the Shield of Achilles, where the opposing forces of Love and Strife create an endless series of competitions, frozen like the embossed figures on the shield: In turn they come to power as the circle revolves, and they decline into one another and increase in their allotted turn. For these themselves exist, and passing through one another they become men and the other kinds of animals, now by Love coming together into one arrangement, now again each carried apart by the hatred of Strife, until, having grown together as one, they are completely subdued. Thus, insofar as they have learned to become one from many and again become many as the one grows apart, to that extent they come into being and have no lasting life; but insofar as they never cease their continual change, to that extent they exist forever, unmoving in a circle. [B 26].****

This Homeric world-picture, of a cosmos born in and upheld by strife, passed on from the Pre-Socratics to find a place even in those arch-critics of Homer, Socrates and Plato. Socrates pioneered, and Plato recorded and developed, a means of finding truth called the “elenchus.” As Plato pictures his old teacher, Socrates is a wrestler who pits argument against argument in a competition that will expose which is strongest and, therefore, worthy to be accepted (at least provisionally) as true. Thus, even the philosophers find themselves circumscribed by the limits of Achilles’ shield. 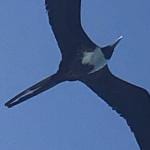 March 21, 2019
Some Strong Roots for Classical Education
Next Post 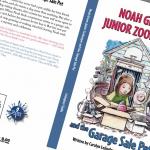