The Decadent: Rejoicing in the Nothing They Have Done (The Tempest)

Do we live in a decadent age?

There are bad cultural moments that are not decadent, the early Soviet Union was vigorous, led by brilliant people, and terribly wicked. There are good culture moments that are not perfect, 1776 was a promise of liberty not realized. Decadence is something else. A decadent culture is dying from amusements and the misuse of unearned power that has no object other than more power. These tyrants rule, because they wish to rule. They could not have built the republic, but they feel eager to govern it.

Socrates would urge us to look to ourselves first: a decadent age requires decadent people.

A sign of decadence in ourselves is when what might be lovable quirks, become vice due to taking ourselves too seriously. We begin to think the relative nothing we have done, say defeating the highest level in a game, is a sign of greatness. A measure of decadence in a culture is when those who do little or nothing meaningful still have a chance at power.

The decadent culture would use fear of a decadent culture to stir us up to buy something, consume more, seek power. The solution is not fear, but love that casts out the fear. Blessedly, we have a good guide in knowing what to do in a moment of cultural or personal decadence.

Shakespeare gives an image of a decadent, decaying world in The Tempest. On the island, an aging ruler exercises power with some wisdom, yet also against liberty and law. He introduces people to his magical island, some of whom are decadent lovers of simple pleasure (drink! sex!) and others, more dangerously, desirous of power for power’s sake. The story ends happily (more or less) as all decadence gives way to youth, Christian marriage, and the promise of a future in a more wholesome human city. Before all this good can come at the end of the play, Shakespeare must neuter the serious evil of the potential tyrants and the lesser evil of the rogues.

We know, or at least should know, what to do with tyrants. This is the stuff of Julius Caesar or King Lear. When we look to our own souls, we must stamp out the desire to be greatest in the Kingdom of Heaven. That role is already taken! We take up our cross and strive to serve all.

The more unique danger in a decadent society comes from catering to simple hedonism. Normally the folly of the hedonist has immediate limitations: party too hard and partying is all you will do. There is, though, power at a party.  There is a commonwealth in simple pleasures: strong drink and feasting. A kind of early courage arises at a party: big talk. Mostly this comes to nothing, except when a decadent society allows the powerful to cater to the whims of these simple hedonists. The pleasure seekers stop being comic relief when they aspire for more. A decadent society does not teach the rogue his place. Instead, these ne’er do wells are given promise of power and a plan to act on their desires beyond their usual limits.

Beware powers that for their own reason would cultivate and so corrupt simple pleasures. The party is good, but when the celebration has no purpose but celebrating (drink! food!), then the good is lost.

In The Tempest, Trinculo and Stephano, the lovable rogues, become distinctly less lovable as they exploit the native to the island: the “monster” Caliban. Trinculo and Stephano come to believe they have a shot at real power on the island. They believe they are three of the last five alive. At first, they have sense enough to know they are unfit to rule:

Trinculo: . . . We are three of them; if th’ other two be brained like us; the state totters.*

Trinculo knows that if the rule of the island falls to them, the island is in trouble! At least he knows this at the start of the scene, by the end the thought of marriage to the “princess” and having the power to rule has turned his head. He is no longer just a rogue, he has become decadent.

Trinculo would make his debauchery universal. He thinks he is somebody just because he has drink and can get other men drunk. The island has pleasures, including the musical sounds of the fair folk who dwell there. Naturally, Trinculo and Stephano cannot imagine that something exists apart from pleasure for Trinculo and Stephano:

Stephano: This will prove a brave kingdom to me, where I shall have my music for nothing.**

If Trinculo and Stephano could have their way, the entire island would be subject to their desires. Whatever good left in them, the wit, the humor, would dry up as they made the island drunk as they are drunk. They would throw a terrible party.

What is the cure?

Shakespeare points us to the cure. We must give up on the notion that we can get “music for nothing.” We cannot exploit what we did not make. Nature is not ours to do with as we will, not even our own human nature. Like Prospero at the end of the play, we must discover we are people, not God, and people have limits. Our science can chain the elements, yet that does not give us the wisdom to manipulate them. We can pipe music anywhere, demand the music play, but such power will not produce a single original note of music. The man dedicated to power cannot muster the love required for beauty.

A decadent age ends when we leave any island where we can rule alone and rejoin a broader humane community. Practically this means avoiding ideologies or simple answers to every question that conveniently demonize our opponents while exonerating ourselves. We must not just study, but act in the real world. To be practical:

The medicine that prevents decadence is the true love of marriage, service to our community, and moderation in our desires. We will not be zealots for anything: not simple pleasures, not learning, not any cause. As much as is within us, we will be ourselves.

Other small thoughts on The Tempest here and here.

I am thankful to Provost Dr. Timothy Bartel for leading the session that provokes these thoughts at a College keystone. 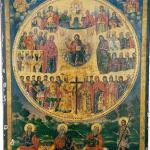 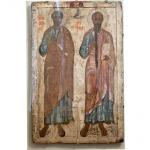