The Magic is Real 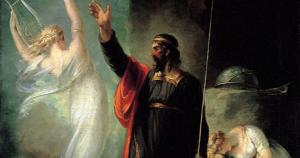 If magic were real, then what would you do with (say) an invisible ring? College students over the decades have answered this question with an astounding lack of creativity. Apparently, many who were given magical power would misuse that power. Plato and Tolkien both saw that coming!

Most of what we now call “magic” are the methods that failed, worth a try, but not productive or wholly dangerous. Yet we need not guess what we would do as science, the methods that worked for the natural philosophers, gives us powers that previous generations did not have.

This device contains thousands of books, including all of Shakespeare, and also gives me easy access to (nearly) limitless information. What should I do with this power?

Mostly we do useless things. Sometimes we do good things.

Oldsters like I am can recall not being able to easily check Packer scores. At best, one waited by CBS to update you during some other game and at worst, one had to wait until the next day when the newspaper would print a short story. There are commentaries on Plato that took me months to buy as finding a copy was a slow process utilizing specialized shops. The scores and great books come easily now.

One need not be a Spider-Man to know that with great power comes great responsibility and so it is with scientific power. We can build a bomb that would destroy the world, but should we? I can waste my day building a virtual town, but should I?

“Can” and “should” are not the same for anyone and the greater our power, the greater the responsibility to use that power carefully. In an inter-connected world everything we do has unknown impact. Switching to plastic nets in fishing has created a horrible ecological problem of “ghost nets,” lost fishing equipment, that kill marine life. Old nets were biodegradable, these are not. We gained power to achieve our desires in nature, only to use that power unwisely.

As a route to knowledge, science (natural philosophy) is a method that gave us power: a magic that worked. Most of what we call magic today were dead ends (eg. alchemy). With that useful magic, where the world could do our bidding came great responsibility. We have often failed that test.

Shakespeare to the Rescue?

The Tempest, one of Shakespeare’s last plays, deals in endings. This is a romance, of a sort, set on a magical island created by the power of words.

This is also a play about power and giving up that power or limiting the usage through morality.

The ruler who makes the magic, Prospero, is a mixture of motives, vices, and virtues. He had been a ruler, but pushed the day-to-day practical rule off on his brother while he pursued arcane knowledge. The brother decided he wanted the title to go with the work and sent Prospero packing.

Prospero kept studying and preparing for his return to his city and power. He picks an odd means to do so, but one that is (I think) a standby for the dangerous choices Shakespeare saw being made in his own time by natural philosophers. They sought knowledge, but without wisdom.

A Christian faces four possible roots to knowledge, one forbidden, one dubious, one practical, and the last divine:

Prospero gains power through dubious means, not illicit, but not quite good either. Shakespeare presents him as a man who ignores practical politics, never turns to evil (as did the mother of Caliban). As a result, he can raise a tempest and manipulate certain outcomes, but there is a cost. He deals with powers that tax his soul and tempt him to control more than he should.

He keeps his beloved daughter far from this occult science, putting her to sleep when she gets too close. Prospero is saved by his Christian morality: he will not use the “powers” for deadly revenge and he pities and has mercy on even his enemies. However, he also manipulates them as if he were God. In the end, Prospero must give up the great power he has gained and return to prayer and practical wisdom.

He will no longer be a wizard, but a nobleman.

We are not in danger of gaining the powers that Prospero had in the play through his means. They do not (at least now!) produce such sure results. However, discipline and work can give humanity similar powers using natural philosophy (science). We can now raise a tempest and do much to control and manipulate people “for their good.”

This might, at times, be licit, but it is dangerous. The clever politician, the good talker, the world class scientists perhaps can, but should not do many things! We can only hope that our greatest wizards of politics, culture, and science will be guided (as Prospero was) by the revelation of Christ.

The magician must put down his magical implements, leave the lab, and see not just the world as it is, or as he could make it, but the brave new world that is the City of God that is coming. He must not stand in the way of justice, beauty, mercy, or goodness.

The magic of natural philosophy (science) and practical politics (rhetoric/psychology) is real and powerful. What should be done with that power? We look to metaphysics and divine revelation to help learn what God alone teaches: love your enemies, pray for those who despitefully use you, the Christian ethic of love.

Only then can we enter the world of love: wise, moderate, just, courageous.

November 14, 2019
For the Healing of Soul and Body: Lest Us Pray to the Lord (On The Advent Fast Guest Voice: His Grace Bishop Thomas)
Next Post 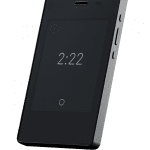 November 16, 2019 Light Phone: You can buy an excellent phone with no camera, no Internet.
Browse Our Archives
Related posts from Eidos