Peter and Paul and Difficult Questions 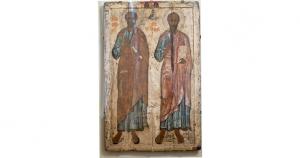 Paul and Peter are often portrayed together: two apostles with contrasting, but not conflicting messages. They were very different, a rabbi and a fisherman. Peter became the Prince of the Apostles, the first amongst apostolic equals. Paul wrote epistles that remain some of the most profound expressions of Christian truth ever written.

The powerful did not want to hear what they were saying. The Empire beheaded Paul and crucified Peter. Before martyrdom, both could see the way things seemed to be going and so both faced mental difficulties: how could Jesus be Lord, but Caesar seem to have all the power? Where was the promise of His coming?

Peter and Paul thought, prayed, and lived within the new Kingdom. They did so the best they could, but both came to see the limits of what they could know.

Despite limits, think we must.

Life can get tedious. The world is not as the world should be, broken by sin, and so can be hard to understand. In fact, there are, most probably, problems that we will never solve to our own satisfaction. The answers may be beyond the capacity of the human intellect!

We have to accept a reasonable uncertainty, the just live by faith. We have faith seeking understanding continuously.

The Christian does not have the option of not thinking, of doing the best reasoning possible. The Second Person of the Divine Trinity is called the Logos, the Word, a term strongly related to thinking well in New Testament times. The Bible calls us to study, to love God with our minds, and God allows Job to make his case. If the case fails, that is not God’s fault and God condemns those false friends who would stop Job from pressing his case.

Our reason has limits, but reason we must. Peter and Paul kept the faith and kept seeking understanding. Their contrasting comments on the process give me hope.

Peter had three years with Jesus: a profound experience. We cannot be sure if he was fully literate. Nothing about his job or life would have required much formal education. Paul had, and often displayed, at least some classical and a first-rate Jewish education. He too had a profound experience of the Risen Lord, but not as Peter had. Peter saw Jesus eat and drink. He heard him teach and saw the miracles himself. Peter went to the empty tomb and ate breakfast made by the Risen Lord. Paul was confronted by the ascended Christ in a vision. He experienced healing and heard the testimony of those who had known the Lord. To a great extent, Paul knew Jesus as the rest of us after the first generation of Christian have known Jesus- through the witness of the Holy Spirit, the Scriptures, and the testimony of witnesses.

14 Therefore, beloved, while you are waiting for these things, strive to be found by him at peace, without spot or blemish; 15 and regard the patience of our Lord as salvation. So also our beloved brother Paul wrote to you according to the wisdom given him, 16 speaking of this as he does in all his letters. There are some things in them hard to understand, which the ignorant and unstable twist to their own destruction, as they do the other scriptures.

Peter accepts Paul’s wisdom, but also points to the dangers of difficult answers. There is almost nothing so simple people cannot misunderstand it. Look at what has been done with Christ’s command to love enemies! Wrestling with the deeper things of God  provides room for twisting words. Despite this, Peter commends Paul’s writings to the attention of his readers!

Peter could not write like Paul or perhaps think as Paul thought, but he valued the wisdom given him.

Intellectual types might stop there, feeling smug, but Paul stands in the icon with Peter. While Peter, who was no intellectual, merely a saint, affirms the value of intellectually difficult writing. Saint Paul, who was one of history’s great intellectuals, looked at the limits of credentials and reason:

20 Where is the one who is wise? Where is the scribe? Where is the debater of this age? Has not God made foolish the wisdom of the world? 21 For since, in the wisdom of God, the world did not know God through wisdom, God decided, through the foolishness of our proclamation, to save those who believe. 22 For Jews demand signs and Greeks desire wisdom, 23 but we proclaim Christ crucified, a stumbling block to Jews and foolishness to Gentiles, 24 but to those who are the called, both Jews and Greeks, Christ the power of God and the wisdom of God. 25 For God’s foolishness is wiser than human wisdom, and God’s weakness is stronger than human strength.

People do the best we can, but we often confuse credentials with real wisdom. We become “scribes” in the system of our own age and opine. Our opinions can prevail when all there are only words, but then reality comes. There is no negotiating, no debating, reality. Jesus comes, is crucified, and raised from the dead. He is the power and the wisdom of God and against that reality, the one true Word, Greek words failed.

We keep thinking, reality keeps making us modify what we think. Our words must fail, but the Word endures. This gives us a heavy dose of intellectual humility. Intellectual humility was the beginning of science, philosophy, and true theology.

This much endures:  Peter’s confession that Jesus is the Christ, the son of the living God, and the gospel that Paul preached. They endure because however we might try to deface that hard won realization and profound teaching, their works were icons to Christ and Christ is immortal truth. 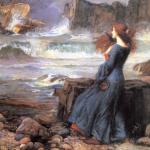 June 28, 2021
The Decadent: Rejoicing in the Nothing They Have Done (The Tempest)
Next Post 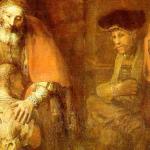