The Man of All Talents: the Extraordinary Life of Douglas Clark

As legends go, he was the genuine article. 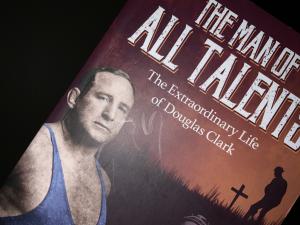 Douglas Clark was a champion wrestler and rugby legend before going off to war. He hauled ammunition on the Western Front in World War I, suffered horrible injuries, won a medal for bravery, and then came home to wrestle, play some more world class rugby. He helped create “professional” wrestling where he was an early international superstar.

Clark grew up throwing sacks of coal for the family heating business, so he gained his remarkable strength through early hard work. In the era before such things were quantified, he was viewed as one of the strongest men in the world. He was certainly a great rugby player and a genuine wrestler. He was winning important real world meets well into middle age. “Duggie” was the perfect “good guy” for the promoters of professional wrestling, but he was smart enough to keep control of his career.

He was a teetotal family man. Duggie was from the era of “fair play” in sports, played by the rules, and after he was famous, kept supporting his local town. His wife loved him, his neighbors loved him, and the British public loved to root for him as the British Bulldog in the scripted world of professional wrestling.

Why not? The man really was a hero, a good guy, having nothing to do with the storylines playing out in the ring.

The book is based on enormous amounts of research, genuine labor of love work. As an author Bell may sometimes veer into an overly prosy opening chapter paragraph or two, but mostly he gets out of the way of his subject’s remarkable life. Bell uses Duggie’s own words, when he can and this is a revelation. Duggie has a wholesome style that reflects his pre-World War upbringing that reveals as much about the man as the amazing stories.

Duggie did not have much use for school as a boy. As a man, he kept reading and (we are told) developed a fondness for Shakespeare. The bits of text we get from him show the result: a blend of Edwardian schoolboy piety, Shakespeare and other English “classics,” from a man who had lived a remarkable life. The result is fascinating and no more reproducible today than a man like Douglas Scott.

Bell has done us a big favor by making big doses of Scott’s writing available.

The brilliance of the book is how ordinary Clark and his life often were. He kept going home to his Mother and Father after his adventures, until he started going home to his wife. Douglas Clark was common. He was not a gentleman, had an indifferent formal eduction. What he had was a thriving, healthy common culture in which to grow up, find, and use his uncommon athletic gifts. His character transcends his trophies. Those gifts are even easier to explore in Coles Catalogue. As an American, with only a faint knowledge of rugby, some of the game details miss me, but Duggie is universal as a hero. He has grit, dash, and a team spirit. He will not cheat, but he wants to win.

Of course, when he went off to war, as a man who did not believe in war, he did his duty bravely. What else does a common man do if he has all talents?

As a boy, a certain sort of snob would say a man was “as common as dirt.” They missed what every Frank Capra hero sees: dirt holds up our lives and grows our food. Dirt is common, but excellent dirt is the stuff of life. God made Adam from the dirt. A mark of a decent culture is one that can create a man like Douglas Clark.

There is much to ponder there. 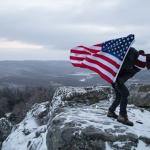 February 17, 2022 Facts, Not Negotiable, but Not Everything
Browse Our Archives
Related posts from Eidos