Mr. Harrington responded to thoughts on his first post. He wrote about the shield of Herakles,

He turned to the shield of Aeneas and now follows up with a second post on the last Trojan and the first Roman:

We have already seen the long shadow cast by Homer’s Shield of Achilles on his contemporary, Hesiod, and his later detractors, Heraclitus and Empedocles. As the centuries rolled on, Alexander the Great’s conquests exported Greek culture to the east. The Roman Empire absorbed the western-most of Alexander’s successors, along with every bit of Greek culture that wasn’t nailed to the floor. By the closing decades of the millennium, the Roman writer Virgil decided that Rome needed its own epic on the model of Homer’s Iliad and Odyssey. Virgil’s Roman culture-hero, Aeneas, like Achilles and Herakles before him, would need his own shield.

The circumstances in which Aeneas receives his shield (Aeneid Book VIII) deliberately recapitulate the circumstances surrounding Achilles’ shield. In each case, the culture-hero is provided with divine arms by his mother, who specifically requests them from Hephaistos/Vulcan so that her son can enter battle at the critical moment of the epic. Aeneas’ shield, like Achilles’, contains scenes of battles, games, and the sea, but its wide divergence in specific subject matter shows Virgil’s particularly Roman evolution of the Greek world-picture.

The gods have promised Aeneas’ heirs an empire without end in time or space, so there is no ocean boundary on the rim of Aeneas’ shield. Working inward, rather than outward, Virgil describes specific scenes from Roman history and legend rather than the generic, eternal scenes of Homer, Hesiod, or Empedocles. Like the Shield of Herakles, these scenes progress from Savagery (Romulus and Remus being suckled by wolves) to Civilization (the restoration of Roman religious festivals after Rome’s sack by the Gauls). Moving inwards, we see that this movement reflects an eternal order, as depicted in scenes of the infamous traitor Catilinereceiving his punishment in Hell while the virtuous Cato hands out judgments on the dead. These scenes are set off from the boss of the shield by the Ocean. Upon the ocean, at the center of the shield, is a depiction of the Battle of Actium where Octavian (Caesar Augustus) defeated Marc Antony and united the Mediterranean World. In the final scene, a grateful Caesar gives gifts to the gods with the nations of the earth paraded as captives in his train. Thus, at the center of the shield is Strife, but a strife that ends with the promise of peace.

Homer, Hesiod, Heraclitus, and Empedocles presented the cosmos as an endless circle of conflict. Virgil, the Roman, accepts conflict as a part of human history, but wonders if gods and men cannot find a way to unite the universe with a “war to end all wars.” Virgil’s Shield of Aeneas celebrates this hope in a qualified way. After all, someone has to lead Rome in making and keeping that peace. As the Aeneid’s opening sentence hints, it all comes down to the man who wields the weapons of empire. Virgil knew the person he hoped would be that man and placed him at the center of his hero’s shield: Caesar Augustus. Those familiar with the Aeneid’sending can sense its author’s uncertainty that a man of war could also be the Prince of Peace. In the end, Virgil’s epic is haunted by the possibility that Homer may be right. 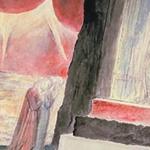 April 4, 2019
God Alone Remembers: All Others Forget and Would Be Forgotten
Next Post 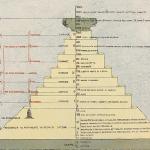 April 6, 2019 Going Up the Mountain (Dante’s Purgatory)
Browse Our Archives
get the latest updates from
Eidos
and the Patheos
Evangelical
Channel
POPULAR AT PATHEOS Evangelical
1