The Endless War from the Missing Voice: the Male and Female and Troy 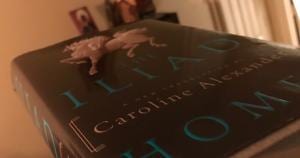 The missing voice destroyed even the victor. The war lasted year after year, long past most caring about the original cause.

A culture that prized honor had been dishonored and one of the most sacred relationships in the society had been disfigured, but nearly ten years later nobody was going to win. If Troy fell, as the will of Zeus decreed, the Greeks would be too exhausted and too long gone from home to have won much. Even the great wealth of Troy could not pay for ten years of warfare on a barren coast, even for those who managed to get that wealth home over dangerous seas. The wily Odysseus certainly would not.

What went wrong? What went wrong even by the standards of the Homeric age? Why did a war fought with hope of glory yield so little with heroes killed by lesser men? There were wise voices like Priam, king of Troy, that might have found a better solution than endless war. Even apish fools, see Thersites, knew that the war had become futile. Why did wisdom fail?

A partial answer, even within the Homeric worldview, is the missing voice of human women. The gods and goddesses continue their endless search for entertainment at our expense. Athena is heard. Thetis, the goddess mother of Achilles, moves Zeus and gains honor for son. Women understood the doom that was coming: Cassandra prophesied it all and was ignored. Helen, the face that launched a thousand ships, understood she was not worth it, but the men were not listening. If court was one power in the Homeric world, home was another and home was corrupted by the endless War.

Agamemnon destroyed his own home and while he was gone was replaced by his wife and her lover. Odysseus’ wise and noble wife Penelope ended up holding off vile men courting her favors to replace her absent husband. She was more praiseworthy than anyone at Troy, including her husband until he learned a thing or two on this way home.

The problem was the length of the absence. Nobody was home, no man was listening to wives, queens, and mothers. The result was endless, pointless bloodshed, and little enough glory. Home built and maintained civilization and the court was to glorify, decorate and protect.*

The Greeks on the seashore before Troy lost contact with the source civilization and so became more than a bit barbaric. The Trojans were home and this softened them. Surely Hector, who talked openly with his lady wife (Book VI) about the doom of Troy, understood what was at stake. The Trojans were defending home, but even then the men would not listen. They flirted with giving up their prize, but they never followed through. Vile Paris was the Trojan that started the war, the Trojans despised him, but they never betrayed him.

From the perspective of the poem, Troy was warped by the need to spend treasure on hiring endless “allies” to defend herself. She was overrun and war caused a kind of forgetfulness. Hector knows Troy will fall, but in a moment can forget the truth when he sees his son and pray that after victory, a victory he just stated would never come, that his son will rule Troy.War made men mad and even the Trojans too often saw womanhood through Helen, but listened to no woman. Women were seen, but not heard and so Troy was doomed.

One need not be Mycenaean to see that a missing human voice, half of humanity, is not good for society. The way both voices are heard might chance from culture to culture (roles vary), but if both the female and the male voice are not heard the result is barbarism and doom. The Amazonian culture is not fecund. The Greeks before Troy are a dead end, swept away within a half-century of their exhausting victory.**

Christian history begins when a woman gives consent to divine love and becomes the ark of the new covenant. Mary is blessed because she heard the Word of God and did it. When the Church has not heard the voice of all the image of God, male and female, then endless war, corruption, and folly has resulted. Roles may vary, but male and females voices must be heard.

*Whatever the limits of the roles, and there were great exceptions like the Amazonian warriors, losing touch with home and a woman’s voice was ruinous. I am not, of course, defending Mycenaean culture.

**So the Greeks believed, though of course modern historians postulate more complex reasons for the sudden collapse of this ancient culture. 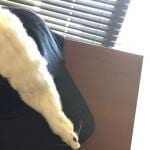 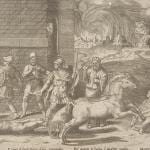 August 18, 2019 The Good Man Gets the Last Word
Browse Our Archives
Related posts from Eidos