Hats used to make the man until, we are told, John F. Kennedy stopped wearing them. Kennedy was a bit before Homer compiled Iliad, so Homer kept thinking hats were an outer sign of an inner reality.

Hector, hero of Troy and a better man than any of the victors, kept his helmet on when he faced Helen. Her face may have launched a thousand relationships, but Hector was safe. The hero loved his wife, loved his city, and kept his helmet on. When she tried to seduce Hector, she faced the glittering, frightening helmet. Perhaps worst of all for Helen, the highly reflective surface of his helmet may have let her see herself, and her false beauty had no charm to herself! Is it any wonder she began to rant about her own wickedness?

Hector sees his wife and son (Book VI) and still wears his war helmet. He mourns the coming fall of his city and his inability to save his wife. He knows the best he can do for her is to leave a legend. The wife of the dead legend might be treated more kindly than the typical captive. For his son, Hector can do nothing. No Greek will leave the heir of Hector, the hero of the Trojans, alive to plot revenge. This is so hard for Hector that he cannot face reality and begins to fantasize that his son might survive.

The little baby is afraid of his glimmering, huge, horse-tail crested helmet and cries. Hector, valiant Hector, takes off his hat to help his boy. The hero is briefly a father without nay other hat. . . And centuries of men have learned deepest duty. A man may be crowned gloriously, but this is nothing if his role separates him from his children.

Book X is more about hats than most of the Iliad. On a night mission, people need to be quiet and so they dawn helmets not made of metal . . .fur is the choice in those times, PETA being almost as distant as Kennedy. Two heroes dawn a lion hat, one a leopard, and then there is the unfortunate Trojan in the weasel hat. No textual insight is required to grasp that the hero wearing the lion hat will defeat the dupe wearing the weasel cap.

Why does a man wear a weasel hat?

It is cheap. It is quickly made. It is the hat of a sneak and sometimes we confuse sneakiness with courage. If you want to wear a lion hat, you must kill a lion. If donning a leopard hat, you must run thirty-six miles an hour. To kill a weasel you need not be very strong, or very fast, but a bit tricky. ‘Ware times where trickiness is as close to courage as the elite get. A weasel hat is too often, in modern times, the credential of the college educated.

The man in the weasel hat, at least in Homer, tries tasks too hard for him. He volunteers for good jobs, but ones that are greater than his virtue can bear. When I was a young man I wanted to lead, but lacked the character and knowledge. The weasel hat fit. In Homer, however, there was no hope, not even for a young man too brash when he should have been timid. Dolon, the man Homer has wear the weasel hat, is a coward who does not only fail, but dies gibbering for his life and selling out his cause. Once a weasel cap, always a weasel cap. Homer does not do redemption.

When I was a young man, I wore the weasel cap. God help me, but I am thankful Christianity is a religion where a man can be born again. May I be crowned with righteousness! 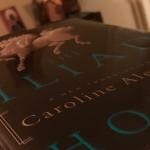 August 17, 2019 The Endless War from the Missing Voice: the Male and Female and Troy
Browse Our Archives
Follow Us!

“The Power Worshippers” Is a Bad Book About...
Earlier this week, out of idle curiosity I picked up Katherine Stewart’s...
view all Evangelical blogs
Copyright 2008-2020, Patheos. All rights reserved.