Avoiding Mr. Collins: Help us Jane, You are One of Our Few Hopes! 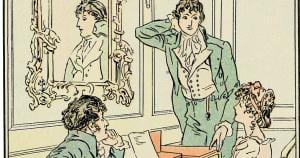 Grasping for good things, can make us a bad thing.

Imagine a church leader currying political favor to the point he hardly speaks of anything but his patronage. So it is now, so it was in Jane Austen’s time. A pastor’s daughter, she knew the good and the bad in ministry.  Jane Austen  lashes the false parson, the placeholder, the social climber, driving him out of  the temple.

Pride and Prejudice’s  Mr. Collins, one of the more odious parsons this side of the oleaginous Rev. Obadiah Slope, reduces marriage to social contract. He loves his patroness more than any wife and he is happy to propose until the role of wife is filled. This might seem irrelevant to the rest of us. We are not eighteenth century men seeking ministerial placement from wealthy landowners. We can laugh and groan at the follies of Collins, because surely we are nothing like him.

Right? Yet Collins is an educated man, a putatively pious man, a man doing good things badly. A difficult temptation is the (normally) good deed done by means that undermine any good that could come from the action. Collins serves, but his service is overwhelmed by the flattery and mental foolishness he adopted to get his job. A man cannot stop braying even when he has somehow convinced the world he is not an ass.

The Road to Collins

How does an educated man, a religious man, become like Mr. Collins?

He puts career over service.

Collins needs preferment to live in the manner to which he wishes to become accustomed. As a result, his entire life has been reduced to currying favor with those who have the money and power he needs. He is a man who can go to a ball and spend his entire time there explaining why it is proper to be there. He has no fun, he is not concerned about morality, but his concerned is about what his patroness might think.

A man becomes Collins by ignoring the heart while failing to cultivate the mind.

Collins is a practical man so he eschews both romantic and intellectual activities. He ends up full of inchoate passions and fatuous phrases. He does not know his own desires, having subordinated them to the great god gain, or much about the external world, having ignored deep study for the superficial education that might win quick favor. The result is a man who senses, dimly, he “needs” a wife and will go looking for a spouse when his patroness suggests he does so, but who lacks the heart or the head to win a the heart and mind of a good woman.

When he proposes marriage, his pitch could be outlined on PowerPoint. A general rule is a man in the grip of love will not turn his proposal into a listicle: “first,” “second,” and “third.”

Collins becomes pathetic when he secures means without any idea of the ends.

By the end of the book, Collins could do great good as a pastor and leader. He will not, surely will not, because he has no idea what comes next. What does a Collins do when he gets the job he seeks? He seeks the next job or fights like fury every day to keep his job. Why have the job? The patronage is the end. The job is the thing that has subordinated every conscious act and desire. Collins wins the job that the just seek for the sake of something else.

He has made the job the prize.

God help us. Jane Austen is his prophet.

Pride and Prejudice educates the mind and heart. Jane Austen is an author full of hope and we need hope just now, 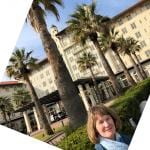 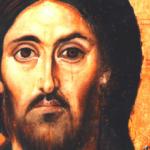 November 20, 2019 The Things We Miss
Browse Our Archives
Follow Us!

3 Books for Friday
I thought I was going to wake up and do quick takes...
view all Evangelical blogs
Copyright 2008-2020, Patheos. All rights reserved.