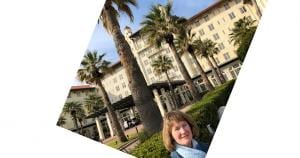 Galveston is, roughly, twice as large as Manhattan.

It is also entirely a gazillion times less populated, vital to industry, or important in American history. The Confederacy could not keep it, the Union hardly wanted it. Hurricanes cut her date with destiny short.

Galveston is a Houston vacation spot: the a-bit-quaint neighboring metropolis on the Gulf. That’s what you see if you don’t know what you are seeing, heading off on a cruise hardly noticing where you are leaving.

I am told, and have read, that once Galveston was the place. Houston was a cow-town while Galveston was a financial center for the Caribbean. Remnants of this are all around, Victorian mansions in abundance, so I almost believe the story. The martyred Tsar, Nicholas II, sent a beloved teacher and priest to Galveston to build Christ’s church. The community is still there, though the Empire and Galveston’s status have both fallen since those halcyon days.

When I came to Houston, I rode with nonagenarian who told me that once, long ago, to be from Houston was nothing while to be from Galveston was “all that.” To walk the “Strand” in Galveston is to see a what was and then wasn’t: real estate that was valuable enough to get a beautiful antebellum building, but that never got valuable enough to tear that less than skyscraper thing down. Galveston kept trying to defeat the weather and bad press. They raised an Art Deco era almost skyscraper to heaven, now mostly full of babble about trains and complaints about hurricanes.

You see, if I have the myth right, Galveston could be Manhattan, or at least the Manhattan of the South*, if only, if only 1900 had been dry.The Golden Age of Galveston when Houston was the cow town and the island city was the place was gone with a mighty wind.

I do know that the busy boosters of Galveston got a beautiful hotel built in 1911: the Hotel Galvez:palatial digs for presidents, gambling joint, and seedy site for celebrities. Now it is spruced up by Wyndham and generous benefactors and delectable to eye and palate with a Sunday brunch worth a drive from Houston. The builders of Galvez  would not let a hurricane shut them down, but the winds kept blowing and Houston was safer, had a port, and limitless land.

Houston became the American city of the twenty-first century. When space calls, they do not say “Galveston, we have a problem.” Galveston became a satellite to Space City.

The island didn’t die, just became dependent as the money and power moved inland to Houston. Many now come to take a Caribbean cruise from the port, spending a few hours in the city that almost was something. They sail away and the temptation is sum up Galveston this way.

That would be too bad, because Galveston is magnificent because she did not fulfill her dream. She is awash in affordable Victorian, Edwardian, and mid-twentieth century splendor, because Galveston failed. There was no reason to tear down most of the buildings: the eye of history moved past Galveston.

As a result, the city is a time capsule of styles and municipal magnificence of an earlier era. The boosters got the job done, but the goal of a bigger, better, Galveston, the city of the South failed. The good they did lives after them in this city, the failure was their success.

Galveston is charming, vibrant, and interesting precisely because failure kept her safe for different times. Galveston is romantic as an incarnate lost cause: smart people who bet on Galveston lost, but their money wasn’t wasted. They built cathedrals and palaces, yet the city never became the Manhattan of the South.

If Miss Havisham’s cake had been better preserved, a noble ruin, yet still edible, then it might be like Galveston is to Texas: nobody who was somebody who is not anybody now. Visit Galveston now before some unfeeling soul makes it more a condo-haven for Houston. Galveston is a must-visit. There you can see an alternative American history written in stone . . .

* “(blank) of the South: is the give up phrase of the Lost Cause. Nobody builds the “University of Texas of the North” or the “Atlanta of the West.” 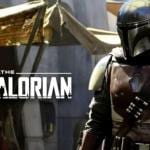 November 17, 2019
Mandalorian (A Review and Appreciation) and the end of cord cutting?
Next Post 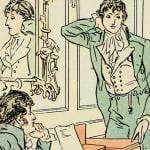 November 19, 2019 Avoiding Mr. Collins: Help us Jane, You are One of Our Few Hopes!
Browse Our Archives
get the latest from
Eidos
Sign up for our newsletter
POPULAR AT PATHEOS Evangelical
1