If you are not against me. . . (With a Digression on Timeshares) 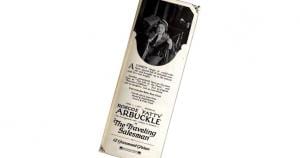 “If you don’t buy this timeshare now,” he said to us, “then you will regret it the rest of your life.”

He was persuasive  and we had experienced a wonderful free weekend at his property. “Wouldn’t we like to visit again?”

Surely. “What of these other places? We could use “points” there and visit. Wouldn’t that be great?”

I responded: ‘We better go home and think about this. . .”

He shook his head. His look was all pain and understanding: “Sadly, this price is for today. It’s either/or.”

We were young and so we bought. I learned a lesson and after years of rising maintenance fees managed to get rid of the thing. One of many lessons learned? When someone gave us a “this” or “that” choice in daily life, something was wrong. Often we found we were being deceived as in the timeshare scam. Other times sincere people had not thought creatively enough, so they could see only two options, when there were many others. Often those other options were better than the two listed.

Recently, I saw someone arguing that there could only be two choices in a particular situation using the words of Jesus.

30He that is not with me is against me; and he that gathereth not with me scattereth abroad.

Jesus is right! In the end, when all is settled the cosmos is good and those who smash, twist, break, and kill fall short of the good. There is only God or brokenness. While this is very helpful as a starting point, this truth does not make every choice a simple one between “good or evil.”

Despite the rage on my social media feeds, there is generally no “Godly choice” in the battle between Whataburger and In-N-Out. Philosophers can think of strange cases for anything, so I  can imagine one might have a case where the superior hamburger of In-N-Out would be a wrong choice!*

Other situations are morally complex. One needs to be a sage to see how to avoid the evil and support the good. That might mean doing one thing (say voting for Party A) one time and then withdrawing support in particular circumstances.

Of course, other choices are between good and evil. Do not murder. Do not deceive. Do not call evil “good.”

Most interestingly, the result of the passage is inclusivity against those trying to say only people in their own in group could do good.

Look at the passage in context:

22Then was brought unto him one possessed with a devil, blind, and dumb: and he healed him, insomuch that the blind and dumb both spake and saw. 23And all the people were amazed, and said, Is not this the son of David? 24But when the Pharisees heard it, they said, This fellow doth not cast out devils, but by Beelzebub the prince of the devils.

25And Jesus knew their thoughts, and said unto them, Every kingdom divided against itself is brought to desolation; and every city or house divided against itself shall not stand: 26And if Satan cast out Satan, he is divided against himself; how shall then his kingdom stand? 27And if I by Beelzebub cast out devils, by whom do your children cast them out? therefore they shall be your judges. 28But if I cast out devils by the Spirit of God, then the kingdom of God is come unto you. 29Or else how can one enter into a strong man’s house, and spoil his goods, except he first bind the strong man? and then he will spoil his house.

30He that is not with me is against me; and he that gathereth not with me scattereth abroad.

In the end, even those doing good may not be good , may not be on God’s team. However, when they do genuine good (casting out demons), they do so by God’s power. Bring justice to the poor. That’s good, even if our motives are bad. We might not (on the last day) be on the side of Jesus, but our deed was still good. This statement of Jesus points to a final binary (Jesus or devils), but a daily complexity. Good things are done by the power of God by many different types of people.

We cannot use these words of Jesus to justify every choice being a simple choice. Sometime even buying a timeshare might be the proper thing to do . . . Though mostly not.

*Imagine that a particular franchise of the better eatery was organizing groups to throw battery acid into the ocean for fun. Going there probably would be wrong given other choices.

January 18, 2020 Humility and Eager Considerateness (I Clement)
Browse Our Archives
Follow Us!

Evangelical
Learning From Thomas During a Pandemic (Guest Voice...
Eidos

Evangelical
This is the Day that the Lord Has...
Eidos
TRENDING AT PATHEOS Evangelical