Humility and Eager Considerateness (I Clement)

For as God lives, and as the Lord Jesus Christ lives and the Holy Spirit (on whom the elect believe and hope), the man who with humility and eager considerateness and with no regrets does what God has decreed and ordered will be enlisted and enrolled in the ranks of those who are saved through Jesus Christ. Through him be the glory to God forever and ever. Amen.

Clement: disciple of the Apostles 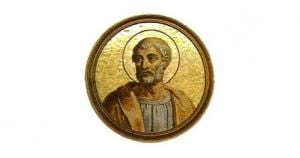 So says the author known as Clement, Christian, church leader. He may have written his epistle to the Corinthians  before the canon was finished and some churches treated his letter as canonical. Whoever Clement was, he was a disciple of the first apostles and was a Roman who had outlived Peter and Paul. Western scholars did not recover a copy of the epistle until the seventeenth century and this meant, sadly, that it became impressed into issues between Catholics and Protestants the letter obviously was not addressing. Clement certainly is fighting schism in the early church (as Paul did!) and urging unity around the leaders appointed by the apostles, but that is not all he is doing.

Polemic should not drown out the pastoral. Better, after all, to lose an argument than our souls.

Clement urges humility on the Corinthians. Humility is a Christian characteristic that is so widely praised and so little practiced that this call is easy to ignore! Who could not use a touch more humility? Who could not use more modesty?

Maybe nobody if Sherlock Holmes is correct:

“My dear Watson,” said [Sherlock Holmes], “I cannot agree with those who rank modesty among the virtues. To the logician all things should be seen exactly as they are, and to underestimate one’s self is as much a departure from truth as to exaggerate one’s own powers.”*

Regardless of his skills as the world’s best private consulting detective, Holmes (by his own admission not up on his Biblical references) is both right and wrong. One should never depart from the truth and pretending you lack a skill is not true modesty or humility. We should see ourselves exactly as we are.

If we do this, then true humility and justice will follow!

Clement reminds the Corinthians that they are a body. If I know my role in the body, I will also know my place and function within it. This is not oppressive, if I truly know myself, the first job of philosophy.  Just as one cannot be happier than one can be or do more than one can! If all of us were fulfilling our God-given roles, exercising God’s good gifts, then all would be well.

Wisdom says that I am not the head of my church, have no call to be so. In questions of theology, I have less training  than others, and so I defer to God’s leaders and true experts. When there is a question of what we should do, I look to those with the gifts and call to lead. When questions of theology are asked, I listen to the holy, the prayerful, and the wise.

The obedience Clement bids is appropriate and will make us happy. Why? He is not asking us to grovel to inferiors or mindlessly obey the foolish or ignoble. Instead, each member of the body is (in principle) in just the place so that all can flourish both individually and in community.

Power is, of course, very, very dangerous. (God have mercy!) Genuine Christian leaders are called by God, have apostolic blessing, and themselves have humility and eager considerateness.  If a leader is not humble, he cannot be a good leader. All of God’s leaders are considerate. If not, then they are not called to leadership or they cannot at present exercise that leadership.

The decent leader or follower lacking the Holy Spirit does his or her duty grudgingly. At times, when we are broken, deeds done for duty carry us along, yet this is not ideal. The Christian should be eager to be considerate: to help the weak, minister to the sick, protect the stranger. Love is the essence of authority for a Christian. Where love is, there will be authority.

Whether in politics, education, religion, or society, consideration should drive us. This is not weak. Love acts justly with mercy. Love makes deference to authority or mercy to the sinner a matter we are eager to do. Clement sums up:

Without love nothing can please God. 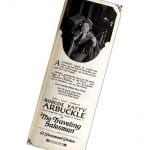 January 19, 2020 The Democratic Nomination (Where it Stands)
Browse Our Archives
Follow Us!

Evangelical
The Pitiable End of a Noble Sort of...
Eidos 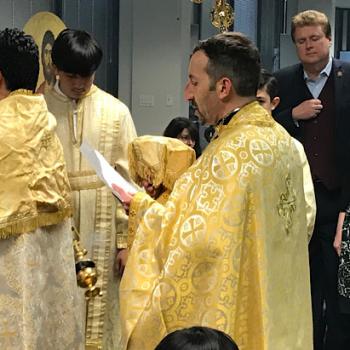 Evangelical
A Dialog with a Critic: In Summary (Guest...
Eidos
TRENDING AT PATHEOS Evangelical

Quote of the Day-- Miroslav Wolf
"I used to think that wrath was unworthy of God. Isn't God...
view all Evangelical blogs
Copyright 2008-2020, Patheos. All rights reserved.