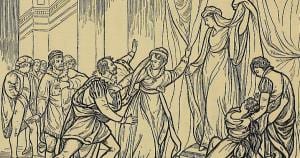 The Church year started in September, so I have had plenty of time to prepare for the secular New Year. Here are twenty observations, speculations,  or what to watch in 2020.

1. The media will tire of the story of generalized religious decline and begin to note the persistence of religious belief. Stories will begin about revival of religious faith in “surprising places.” Monastic communities, particularly nuns who are traditional, will lead the way.

2. This will not be a year for “platforms” or celebrities. The Christian media establishment is broken. This will be the year for voices, seasoned by service to the people of God (particularly the poor) who also are orthodox, to be heard. Look for local pastors who visit the sick, the infirm  , and who stay in place. Find churches with national and international connections.

3. Liturgy never went away, but “contemporary worship” will be so dated that these services will begin an obvious decline. The Prayer Book will continue to make a come back in many American Protestant circles. Catholic and Orthodox communities will continue to grow via converts while struggling to catechize their own. Both groups will look to educational renewal: Catholics through reform, the Orthodox by school planting.

4. The 2020 election at the Presidential level will be about Trump. The economy will continue strong and we will be (generally) at peace. The key is the President’s disapproval rating (under 52 and he wins) OR the high water mark he can get against decent opponents as the primary continues. If the President can get 48% or more against any Democrat, then there are sufficient numbers to re-elect the President. He is already close to or has exceeded those marks, before running opposition ads in any numbers against his opponents. Mr. Trump must be seen as a mild favorite.

5. Several Supreme Court decisions will strengthen religious freedom. After the election (perhaps in 2021), regardless of the outcome, look for abortion to be made an issue for each state to decide. Both decisions will deflate the culture wars and free up millions of voters in both parties.

6. Very Democratic states (California) will continue more socialist approaches to governance. The perceived success or failure of such experiences in the rest of the nation will be more important than this particular presidential race.

7. Board games, reading books, and other “non-screen” activities will boom, yet screen time will go down only marginally. There will develop an aristocracy of those who choose moderation in screen times. The positive impact on that group will be noted, however, correlation/causation arguments are hard to prove. There are too many social forces that wish to defend excessive screen time for this case to be obvious yet.

8. Marriage will continue the trend to becoming a religious or elite activity. This natural aristocracy will be more resented than imitated. (“Why should people who chose to have kids get tax breaks?”)

9. The role of the extended family is vital and will be discussed more. As American demographics change, one wholesome event may be the increased importance placed on relatives outside the nuclear family. Look for extended families to uproot and move together more often and people to choose geographic proximity over “best job.”

10. The most fierce “culture war” will be on the left over issues of gender, economics, and republican forms of government.

11.  Cable television will stage a comeback due to the “streaming wars” or, at the very least, stop bleeding. Modern cable devices (Xfinity) actually work better than many streaming boxes such as Roku.

12. Crisis in China continues and the future will look more like Taiwan than the Communist government in Beijing.

13. Books like the recent Blackwell Companion to Substance Dualism and issues around the “hard problem” of consciousness will continue a small, but notable revisitation of substance dualism as an option. Metaphysical idealism also will get more consideration as an option, especially if divorced from Christian faith.

14. Atheists and theists in philosophy who are more “analytic,” “liberal,” or “traditional” in their approach to the discipline of philosophy will continue to make common cause. Departments, already under fiscal pressure, will feel an ever greater need to choose a “side” based on administrative priorities.

15. For non-theists, there should be more Susan Haack in the new year and less the old “new atheists.”

16. The center at Evangelical Christian colleges and universities will not hold and this will be the year the faithful will begin to notice. There will be an attempt to disguise this by “crack downs” on peripheral groups and issues, but this old routine will not work. Look for several major Evangelical schools to admit serious fiscal problems that are not on the normal “at risk” lists. Presidents who have become millionaires at such schools will come under fire.

17. The continued scandal of adjunct use will begin to tell in this hot job market. As more part-time teachers quit to get better outside jobs, or unite/unionize, “saving money” by skimping on teachers and researchers as a strategy will come under fire. Meanwhile, all-but-diploma mill certification programs at many schools will come under scrutiny. Declining numbers of students, and a good job market means many bad deal schools and programs are going to start to close.

18. The Constantine Strategy will come to at least two more American states. We will put pressure on afore mentioned Christian colleges to cut prices, hire more full time profs, and fire a good many administrators.

19. Star Wars as streaming television will keep the brand alive. Star Trek will fade further from popular awareness. Disney does streaming well, CBS does not.

20. The theme for me this year is revival. May living water fall on the dry ground and may it begin with my own heart.

There is one prayer that fits me every day of every year: Lord Jesus Christ, son of God, have mercy on me a sinner. 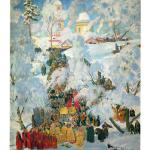 January 6, 2020
God appears! Or “On Seeing Reality Really”
Next Post

January 8, 2020 homeless god (Poems by Phillip Aijian)
Browse Our Archives
get the latest updates from
Eidos
and the Patheos
Evangelical
Channel
POPULAR AT PATHEOS Evangelical
1