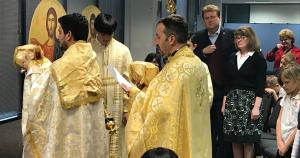 Theological education was less a product of the theological schools and more in the monastic communities. By 425 Theodosius II had founded the “University” of Constantinople. There was work for the Emperor and for the church in terms of education and spiritual formation.

The soul of the student was formed in the school and in the liturgy of the Church. The dual nature of learning, church and school, is one in essence and different in persons without confusion or contradiction.

The sermons came from priests who came from the rigorous formation of the monasteries or from exceptionally Spirit-filled men recognized as such by the church. The rich treasures of revelation were communicated through the sermons such as those of Saint John Chrysostom, the lives of the saints, the beauty and truth in stone and iconography of the Orthodox Church, and the liturgy.

Simultaneously, the layman could attend an Orthodox school where he learned to read well, write well, think well using the best of literature and scholarship available. This school was “secular,” in the sense that the state and not the church controlled the curriculum, but was Christian. Homer does not belong, after all, in the liturgy, but one cannot understand Christendom without seeing how Iliad and Odyssey were forerunners of revelation.

When one sees the True Light directly, the right response is worship. The brilliant aesthetic revelation is a direct education of experience. This is the philosopher’s experience outside the cave when he sees the sun only made available to all the faithful, regardless of class or previous education.

Schooling provided a place for learning the wisdom of outsiders to Christendom. Plato would ruin the beauty and power of the liturgy, but is at home in schooling. By providing a place for both, united by a shared Orthodox vision, the possibility of synergy between the body and the soul was restored. The Orthodox student, having seen the True Light, could recognize virtue in the readings of the ancient pagans or even in more contemporary Islamic sages!

Myths of “book burning” have scarred the reputation of the Church. Instead, history reveals a Church and state that consistently saved all that could be saved. Over time, much was lost that all regret, much was forgotten, we would wish to remember, but this is true of Christian and pagan texts! We have lost both, because saving anything over centuries is hard.

Sometimes we did lose sight of the tension, the conversation, and listened predominantly to Athens, silencing Jerusalem. This was the error of Origen that continues into the present, even within the Church. In other periods, beset by outside attacks, bewildered by economic and imperial decline, we turned to an unnatural fundamentalism and did reject Athens. Books were rejected, sometimes even destroyed. Thank God this was not the norm or we would have nothing of the Greek philosophical patrimony to the world.

Those parts of the Empire more geographically Western or Latin developed a tradition of church based education that ended in models like the parochial schools of the Roman Church in the United States. The Christian educational system that could found schools such as Oxford and Cambridge should not be despised! When most or almost all educated people were Christians, the West’s solution to the educational problem was fine.

Still, the Eastern Empire maintained a secular and religious tradition that intertwined and that was culturally fecund. The very creation of the so-called Byzantine commonwealth was as much an educational as a religious project: language, learning, and liturgy.

The education that would allow the scientific revolution was in place with an ethical check in the monasteries to prevent merely exploiting nature.

I stood in our School and College Chapel, connected to no individual parish but in love with all of them (!), and saw the True Light. I then went with my wife to teach Jane Eyre and discuss the nature of romance with college students. This was illuminating as the great author, not Orthodox, but wise, taught us. The pure beauty of the liturgy guided us while the virtue in the text, from the image-bearer Bronte, taught us.

[5] Republic, 621c “And thus, Glaucon, a tale was saved and not lost; and it could save us, if we were persuaded by it, and we shall make a good crossing of the river of Lethe and not defile our soul.” (Bloom translation)

[7] The Church went through “fundamentalist” periods where books were burned, but these were, thank God, fairly rare. We have all of Plato, because the Church saved Plato! The good done was greater than the harm or nobody would have any texts at all. 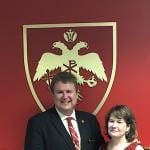 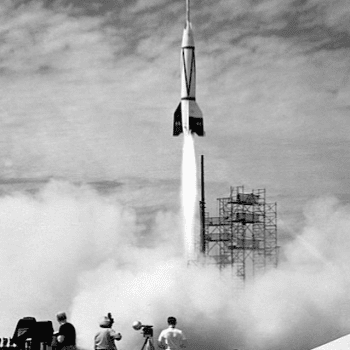 Evangelical
Follow Scientists on the Science, but NOT Necessarily...
Eidos