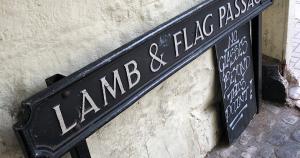 “The story will save us. . .”so Plato ends Republic written when his society was dying. He was right, but Athens did not believe the story and so was not saved. That time would come later with Saint Paul. Out of the interaction of Platonic and Christian thought came a good bit of good philosophy, literature, and theology. When the proper distinctions between the two were lost, when Plato became “merely Christian” or Christianity became Platonism for simple people, then some bad philosophy, literature, and theology happened!

C.S. Lewis was a man who understood Plato, even better than an expert like A.E. Taylor, a scholar on Plato. Taylor aspired to be the apologist that Lewis became. Taylor failed (to the extent he failed), because he missed the music of Plato, the myth. Lewis knew less about the text (though he know a powerful amount), but when it came to the story telling in a dialogue like Timaeus, he got the meaning in his bones.

Taylor explained Plato as well as any scholar of the last few hundred years. Lewis dialogued with Plato and the result was an explosion of creativity. Lewis was not subsumed by Platonism, but Christianity. As a result, keeping the noble pagan in submission to the Son of God, Lewis echoes Plato in a literary commentary. These echoes and comments can be found in his science fiction trilogy, his apologetic works, but most of all in Narnia.

Professor Kirk in The Last Battle says “It is all in Plato”  (twice!) just before the children discover that paradise will be a progression of “becoming.” It will always be “further up and further in.” Plato poses a recapitulation theory for the human soul in Timaeus (building on the myth of Er in Republic). There is no heaven for Plato, though Republic hints that some souls may stay in the astral plane.  Lewis enriches Plato when the Narnian myth demonstrates that eternal progression is compatible with a blessed afterlife.

Lewis shows humanity has been, is, and will be saved. Justification has a forensic element, but sanctification and glorification are a process in his myth making.

This progression reminds the reader of Timaeus of the recapitulation of the human soul from fish to fowl to female to philosopher that will lead to heaven. If Plato’s reader recalls that he is writing in search of an individual just soul and not “doing science” in the contemporary sense of that word, then “recapitulation” becomes more plausible.

Each human being can “devolve” or “evolve” as he pursues the Good. He can be sanctified. Plato may (or may not) believe that individual’s souls actually recapitulate after death, but that is incidental to his point. I can become a beast or a human as I am changed by my education and choices.

What is missing for a Christian in this account is any idea of the Incarnation or of grace from God. To ask the Good to notice humanity is an injustice, a gross impiety. God is Good and to ask Him to consider even for a moment anything less than Himself is wrong. Plato never considers that God might love creation, since the Homeric and Hesiodic religion he inherited left any idea of divine love suspect or horrifying.

Still in his Atlantis myth Plato attempts to show what history should be: hubris is punished, tyranny is vanquished, and reason rewarded. He follows this with three further myths . . . each illuminating the next as the individual panels of an icon screen comment on each other. He tells a supernatural creation myth, a more naturalistic myth, and an account of the human body. In each story, he strives to show what should be despite the fact the cosmos falls short of perfection. The myths serve the reader if they enable him to see his soul and consider it. The goal of the myth making is the examined life.

The Narnia books, like all the great Platonic dialogues, tell myths to show readers an image of their own soul.

The Lion, the Witch, and the Wardrobe is seminal, creating the conversational world not unlike the early story telling of Phaedo or Phaedrus. Narnia is simpler in LWW just as the cosmic accounts in Phaedo or Phaedrus are less complex (or “sophisticated”) that those of Republic and Timaeus. We come to the Timaeus with knowledge of the Platonic “mythic world,” of winged horses, rolling men, and spherical heavens, because of the early dialogues.

Prince Caspian functions as a “return” or recapitulation of the story. It contains longish “remembrances” by characters, as does the start of the Timaeus. Plato forces readers to remember, his definition of learning, as does Lewis in Prince Caspian.

Voyage of the Dawn Treader is a sea myth like that of Atlantis. Atlantis is an island empire that threatens the world through invasion. Atlantis drowns when Zeus punishes the island for pride. Lewis inverts this myth by having his Narnians invade the islands with the best of them “drowning” themselves in an act of humiliation.

The Silver Chair goes “underground” to the foundations of the Narnian world. A prince is rescued from a cave and restored from a shadow land by remembering reality above. This Narnian story is about reality versus illusion or appearance. Giants appear to invite friends to dinner, while dreaming of having dinner of friends.

The Horse and His Boy returns to the Narnia of the first book to show a more “political” or human history than legend of the end of LWW.  Plato’s second creation account in Timaeus 49 moves from legend, the supernatural creation of 28ff to a more prosaic account of the Narnian Golden Age.

The Magicians Nephew has Lewis the Christian returning and expanding on the divine creation account. While Plato moves through the supernatural account to end in the more naturalistic story, Lewis starts with the rich legendary language of the end of LWW, presents a human account of that time in HHB, but then returns to the divine in MN.

The Last Battle shows this culmination in the redemption of individuals, even through the “loss” of the whole of Narnia. All those worthy of recollection are recalled to adventure forever, while the petty are lost to self.

The end of Timaeus has a focus on the human body that recalls this focus on the individual at the cost of cosmic. Unlike the LB, however, the Timaeus has a very unsatisfactory ending. One hopes for more, but the ending is very abrupt.

We are promised more to come at the start of Timaeus, but the next dialogue in a sequence of three, Critias, was never finished and the third (Hermocrates) does not exist at all. The Incarnation, present from LWW forward, gives the Narnian myth a more satisfactory end than Plato’s myth making.

The Laws, Plato’s last dialogue, is unfinished and unpolished. Plato lost hope before he lost his life!

Not so Lewis: he is the only fantasy writer outside the Bible who kills all his characters, destroys his imaginary world, and leaves the reader feeling good about it. Plato finishes his work without Socrates even appearing in Laws and it is as jarring as if Lewis had substituted the Animal Stranger for Aslan in LB.

Taylorr ead Plato and has been accused of putting too much Christianity in his interpretation of the philosopher. Lewis read Plato, but bent him to his Christianity. In the end, it was Lewis, the literary man and mythmaker, who used Plato has Plato was and finished his incomplete task.

Dare I say that the Last Battle is the Hermocrates?

Modified from a lecture at The College at Saint Constantine and an earlier draft at HBU.