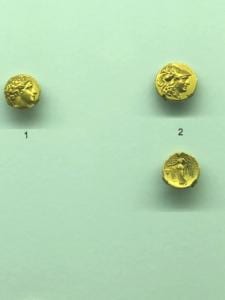 There is no taxation without discrimination. The power to govern is the power to discriminate between the just and the unjust, the good and the evil.

Ideologues forget this since they confuse their beliefs with obvious truths. Every organization ever created discriminates when it decides on its mission and what it will not do. Not every one can join or not everyone is paid who joins. Some things are valuable and other things are vices in the organizational culture.

We must do this, but we must be as modest as possible when imposing our beliefs on those who disagree. It is not just that we might be wrong and so do an injustice in the name of our beliefs, but that any use of force is dangerous even when we are right.

This is especially true of a government in a republic. Our government is not based on anointing balm or a sacred text, but on the consent of the governed.

Government decides whose money to take and what to do with it. They take a finite amount of money and make moral decisions about where to spend it. Somebody will make that moral decision and use everybody else’s tax money to subsidize or reward approved behavior.

This is why taxes should be low and in a diverse society, governments should do few tasks. Every dime government spends reduces the choices of the individual and is a threat to the conscience of some segment of citizens.

If government must be in the business of charity, it would be wise to fund diverse approaches with competing moral assumptions. The decision to fund or not to fund is a matter of prudence and will have limits based on the moral consensus of the culture.

Competition amongst competing approaches is good for charitable activities.

Groups like Planned Parenthood currently receive taxpayer funds and use them to practice viewpoint discrimination in hiring and in their message. People with my views would not be welcome as employees unless we stayed deeply in the closet. Skepticism that even more libertine behavior will improve the culture would not be welcome and my tax money pays for this organization to undermine my moral perspective. In a free society, Planned Parenthood cannot keep asking first questions about what it should do and how it should do it.

Any educational or charitable group will make moral assumptions about the problems facing society and their best solution.

I would defund Planned Parenthood and provide no support for any private charitable organizations other than tax exemption. This includes organizations that share my views.

If we are not going to take this safer road, then we must not create a double standard for charities. Religious groups must not face an undue burden in advancing their views or practicing charity. It might have been possible to imagine in the eighteenth century that religious groups were inherently more dangerous than secular groups, but after the gulags and cultural revolutions this is no longer even barely tenable.

Any group, secular or religious, is capable of tyranny.

If the government must subsidize a soup kitchen, it should care more about the soup than the beliefs of those handing out the soup. When Catholic hospitals are told they must hand out birth control or perform abortions to receive the same money that other private hospitals receive, then the liberty of the citizens and our cultural choices are limited.

We will get less of what government taxes and more of what it subsidizes.

Allowing charities with different moral assumptions to thrive without subjecting them to unfair discrimination allows an active check on our own moral assumptions. For example, do students who live as Planned Parenthood suggests in poor neighborhoods do better or worse than similar children who live as Pope Benedict would urge? Which group flourishes as human beings? To be consistent, if Saint Jude’s is funded, then a secular hospital must be funded as well or at least the secular hospital cannot be excluded merely because most Americans find secularism repugnant. Political triumph in the United States is short-lived. Today’s party of power is tomorrow’s rump minority.

If the reasonable moral beliefs of a large minority or majority of the population are discarded, then government with the consent of the governed is imperiled.

Any American has great sympathy to the argument that it is hurtful when a charity will not hire someone. Many Americans now view sexual behaviors once considered immoral as moral. Some Americans believe that the tendency to such behaviors defines (at least in part) who they are as people. Yet simultaneously, many Americans think both views are mistaken and provide reasons, secular and religious, for those opinions.

If government must fund private charities, then it would be imprudent to make either position a test for receiving taxpayer monies. If we must have a large government, then it should be as evenhanded as possible with the views of the minority and the majority.

Americans must be as evenhanded as possible in their tax policy for our own sake, but should be evenhanded if we wish to continue to be a shining “city set on a hill.”

The future of humanity will not be limited to those embracing North American or Western European ideas or secular morality. It would be prudent for the United States not to adopt tax and charitable policies that discriminate against the beliefs of most people in the growing portions of the world. If the Orthodox of Russia, the Evangelicals of Kenya, the Catholics of China, the traditional Hindus of India, and billions of other people who might dissent from currently favored moral positions for secular or religious reasons come to feel we are hostile to their views, then it will be more difficult to persuade them of other issues.

If we openly discriminate against their views with our taxes, we may not be perceived as leading the world in increasing justice, but as a moral backwater.

July 9, 2020 To Be an Exceptional People
Browse Our Archives
Related posts from Eidos