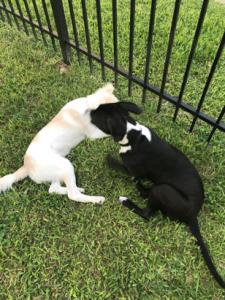 In the first chapter of Jude, Christians are commanded to contend for the faith.

There were ages when this command was popular, times when fighting blood was aroused easily and without guilt. This is not such a time. We prefer “Twitter

Heroes” who abandon the faith of the Apostles, but do so coyly, attacking their foes by being hurt or claiming to be misunderstood after chuffing some old heresy tarted up in modern academic jargon. I fear that most of us wish to dodge the clarity and concision of Jude.*

Personally, I would prefer if Jude commanded us to think hard about the faith, consider we might be wrong, or be nicer to people with bad ideas. Pulpit fashion nowadays is not to thunder, but to emote and so this old book is offensive.

The glory of multiculturalism is when it forces me to consider new points of view and the advantage of old books comes when they have attitudes not my own. Why did a persecuted church take such strong stands? Why do I resist this attitude?

I think partly history burdens me. The Thirty Years War and the blood of religious strife stand between me and Jude. He is harder for me to hear because he appears to justify actions that in fact would have been unthinkable to this holy man. The church he led was unburdened by the mistakes we have made. Nor is Jude to blame for the mistakes, because only an irrational man would move from taking ideas seriously, gaining needed clarity, to killing people who disagreed.

Christians have been that irrational, but that was not Jude’s fault.

In fact, Jude is a perfect antidote to the intellectual vapidity of education. Jesus, we are told today, had no creed. This is true, but Paul certainly did and Jude doesn’t read like a man who would be distressed by drawing doctrinal lines. Why the difference?

Jesus was God, the Word incarnate. We can be like Him, but we cannot be Him. When the Word was around and you could see the Truth, the situation was . . . different. The Holy Spirit is now with us, and that is a good thing, but not the same kind of good thing.

Jesus drew lines by walking into a room. If you were for Him, you were an insider, if you were against Him, then you were out. Safe to say, no leader not the Son of God should emulate this personal style.

Creeds, coupled with the Holy Spirit, act in a similar way, but with a safer division of power. Truth and grace are not merely personal, but not simply propositional.

Why draw lines at all? Why form communities where anybody can be “other?”

God Himself draws lines, but again we are not God.

Lines must be drawn, because of human pride and hatreds. The proud man who uses “faith once delivered” for power is obvious to moderns. Less obvious is the passive-aggressive power play of those who pretend not to know what they know.

Best reason, experience, and revelation has taught the church things over the centuries.  These truths have come as the community has reflected on the life of the church and divine wisdom. To pretend we don’t have a deposit of knowledge is a lie and to assume that our generation has “wisdom” that quickly can overturn what has believed in all places at all times is proud.

Human experience shows that when the lines are not written, they exist in an unwritten way. While I can challenge a creed, knowing when I am leaving a group, those refusing to spell out what they think soon develop unwritten rules. These unwritten structures are harder to challenge, because they don’t exist.

Such communities end up as communist states which refused to talk about class, since they were classless. They needed just one party, because they were the party of all the people.

In a free society, which Christians helped form, smaller communities with rigorous views can compete with each other. If each melts down into theological vacuity, these arguments never come to a point and the work of the Spirit is obscured. Wheat always grows with tares, but no church should set up a tare planting program.

Facing an abuse of power from Rome, the church did not respond passively. They drew lines and challenged the establishment. Internal heresy blurred that distinction. The less powerful a church is, the more it must exercise power internally. A culturally powerful church, unlike that of the New Testament, must be cautious .  . . it is harder to escape if it goes bad. Contending for traditional Christianity can be done in a crabby and narrowing way or it can present a joyful contrast with other groups. Orthodoxy allows me to move to new issues and not keep going over “same old issues.”

Are we winning? Are we losing? Who knows! Who cares? Our job is to love, endure, and be saved.

*Of course, there are also the Twitter Polemicists who even in a pandemic cannot stop wild attacks, crazy conspiracy theories, and a fear based defense of the faith.

July 4, 2020 The Hopeful Theodicy: God takes on all our pain. . .
Browse Our Archives
Related posts from Eidos