The nuns get to live and do charity as they believe right.  They are not, perhaps, up to date, but their charitable work is not dated. 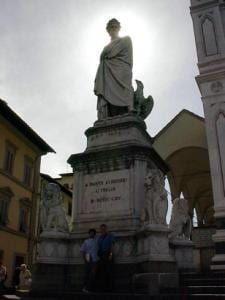 Having lived through the unfortunate sartorial period known as the 1980’s, I can report that more stylish an outfit then, the more laughter it generates from my children now. Generally, the up to date is quickly dated. Dated clothing is merely embarrassing, but dated ethics can be harmful.

No ethical position is less likely to be true than the radical, the innovative, and the new. Often ethical “progress” is only an excuse to indulge the particular vices of the age. Progress in some areas, such as science, can occur with rapid speed, seventeenth century science books are only of historical interest. In the human things, such as ethics, seventeenth century wisdom, such as that of Shakespeare, still has a great deal to teach us. The error that we are different from our fathers and mothers and so can abandon their morality is still with us. When we are asked if Roman Catholic clergy practices or ethics make “sense these days,” there is an assumption that something very important has changed, the perfect sign that nothing much has changed. Every generation has a blinding revelation that something new justifies shirking moral duty.

This is because we tend to focus on what makes us different without acknowledging that most things are not very different at all. Vice is no better and virtue is no worse for the passage of time. Let’s call the tendency to push for hasty moral change the Post Haste fallacy.

Weirdly, new means of committing old sins delude us into believing the sins have stopped being sinful, but selfishness isn’t less selfish when it comes in an email. Cutting edge investors sneered at prudence and were condemned by traditionalist Trollope in the nineteenth century. Modern priests broke their vows in the spirit of a new age and were consigned to a literary Inferno by the divine Dante in the thirteenth century. Libertine morals captivated the young and the cultural elite of Athens only to be condemned in the Laws by Plato.

People selling a new morality Post Haste are usually peddling something neither new nor moral. After all, vice has gotten no better and virtue has not gotten worse. More hopeful is a modest desire to develop more consistent use of traditional moral insights.

Moral progress for cultures based on the ancient moral truths is possible, but it is generally evolutionary not radical speed. The Golden Rule, “do unto others,” is simple to state, but using it in daily life is harder. New technologies and situations do force humanity to develop new means of applying old rules, but the rules don’t change. Courage, prudence, moderation, and justice are sustaining virtues and the work of each generation is clarifying inconsistent application of those virtues.

Western culture embraced the further Christian virtues of hope, faith, and love. Fundamentally traditional Christian ethical principles are based on love, but leaves difficulties. What is love? How can people avoid twisting love into a license to self-destructive indulgence? For example, Christian thinking about the protection of human life has become more consistent and sophisticated. Racist views have never been consistent with traditional Christianity, but this has become widely perceived in the global Church.

The trick for a culture is to make maximum moral progress while minimizing moral decay. This made almost impossible by the Post Haste error. In our case, this fault is made worse by our historical ignorance.

Each age has cultural blind spots. Sometimes it is most proud of what later generations see as an abhorrent vice. This is particularly true when cultures become enamored with “progress” or the “appeal to youth.” In the 1920’s the future and the youth must have seemed to be with the new Soviet morality. Human beings would be manipulated by scientists freed from the restraints of archaic religions such as Orthodox Christianity. However, such ancient institutions as the British monarchy remain and the Soviet Union, with its monstrous abuses of human rights, is rightly seen as having done evil Post Haste.

Innovators in ethics always compare themselves to examples of moral progress, but never seem to worry that they may be an example of moral decay. The change in sexual ethics in the Western world is often lauded by Western elites as akin to progress in areas such as race. Most of the rest of the world see us as more like the Roman Empire in its decayed, immoral decline comparing decadence to past glories.

History teaches what most people in most places at most times have believed, but too often we cut ourselves off from history. Humankind was not meant to live alone, but death cuts us off from our ancestors. Without history, or divine revelation, we can become isolated in our own time and increase our moral errors.

Chronological loneliness may destroy us.

Roman Catholic views of the priesthood and morality may or may not be correct, but Western people lack the prudence and moderation to decide. It is true that lowering standards will reduce failures, but at what cost?

A celibate priesthood has obvious downsides, but the vast majority of priests are faithful. These men serve as a rebuke to the cultural lie that there is no greater or more fulfilling love than the temporal. A male priesthood may trouble moderns, but it acknowledges the different voices and roles of men and women.

This week marked the second anniversary of the death of my father in Christ, the celibate Orthodox priest Michael. He lived a divine romance that made me envious of his great virtue. Losing the sub-culture that produced such men would be a tragic loss and should not be done Post Haste.

Many of us have failed to live up to our best ideals, but that does not justify abandoning those ideals. In the great science-fiction novel That Hideous Strength, the Oxford professor C.S. Lewis wrote of a horrific world where science has separated pleasure from duty. It is a place of childless marriages and cold beds. We live now in that tragic world. Surely by now most of us have learned that “liberation” has not worked. We are not happier than the Jane Austen generation and we have less romance. Pity for our plight would indicate caution in touching this area, but Post Haste we rush in where angels fear to tread.

We should not move Post Haste to force Rome to wear our hideous trendy cultural clothes that will shame our children’s children. Thankfully a super-majority of our Supreme Court agreed.

July 11, 2020 Keeping our Brothers and Sisters
Browse Our Archives
get the latest from
Eidos
Sign up for our newsletter
POPULAR AT PATHEOS Evangelical
1