Bad Conclusions Based on Bad Assumptions 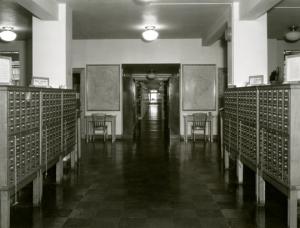 Knowing a little about something complicated is dangerous.

Everything you believe can be true, as far as it goes, and you still end up clownishly wrong. When I was a boy,  I thought that if I just learned all the facts about a subject, say the American Civil War, then I would know about the Civil War. Even as a child, I learned that knowing all the facts was going to be impossible, so I settled on the important facts. What facts were important? The ones in books in my school and public library. These were curated by librarians and my working assumption was that though a librarian might not know all the facts about anything, they knew where to look to find anything.

They were analog Google wielding a card catalog.

This worked best as a child, but as I grew older, my faith was shaken. I asked for a book on “Martin Luther” and the librarian sent me to “Martin Luther King.” This was also a person that interested me, but not the topic of a current monomaniacal interest. When I pressed for the reformer (a mistake on my childish part), she said: “There is no Martin Luther.”

There was and so a bit of faith in knowing based on the librarian Atoz was lost. One day Mom, being Socratic by nature, pressed me on my intellectually lazy support for the Union (a family heritage) and spent a Saturday not battering my facts, but the way I was framing my facts. She was in favor of the Union, but she knew my “facts” had been gained from writers with a story to tell. The stories I liked gloried Grant, loved Lincoln. This left me less than nimble in my thinking. Mom reminded me of economic facts, religious facts, and facts about the family and other parts of the history of that four year time period. She also pointed to connections to the time before 1861 and the times after 1865.

She did not disagree with my tiny pool of data, but with my failure to see how limited my knowledge was and my cocksure certainty. She also discovered, horror of horrors, that I believed that being Southern and supporting slavery and secession overlapped much more than they did. Delaware, a slave state, never left the union. West Virginia, part of the southern state of Virginia, broke away to fight for Lincoln and Liberty. Most often free states fought for the Union, but there were exceptions. Mom battered me with endless exceptions to my lazy generalizations.

That is a mistake I have tried to avoid ever since. I am thankful to Mom today, the day after her seventy-sixth birthday, for this lesson. If I always have not heeded her wisdom, still she has helped me avoid error.

Much social media interaction would be helped if we recalled that our facts, if they are limited, can deceive us in complicated areas. There is a species of atheist that knows some facts about the history of philosophy and then applies those facts in ways that, not shockingly, support lazy atheism. That’s not unique to atheists, we all do it, if we do not recall the lesson from my Mom: something can be generally true, but particularly false.

Much philosophy comes to us by way of Ancient Greece and so many educated people in North America know something about Ancient Greek mythology, philosophy, and theology. I have written a book to try to introduce the ideas of a few of the greatest thinkers of the hundreds of years of intellectual goodness in Greece that continued with the coming of Christianity.

These ideas from the non-christian Greeks shaped the language and contributed to the thought of early Christians. They are so deeply embedded in the foundation of the culture that one need never have read Plato to imitate him. The next time you hear “soul mate” or wonder if “life is but a dream,” then Plato is there. If you are going to be influenced by a person, whether you read him or not, then you had best read him to make sure that you like what he is doing to your ideas!

Plato was, if he was any kind of theist, a monotheist. He argued that the polytheism of Ancient Greece was incapable of sustaining morality, intellectual activity, or even a just state. Because Jewish scholars knew Plato’s writings well, the earliest Christian intellectuals, such as Justin Martyr, found Plato an ally. No Christian agreed with Plato on everything, but found his rigorous defense of reason and revelation helpful.

When I wrote on this, the social media anti-Christian soul was stirred. Plato does not fit the simplistic story of “Christianity bad, just about anything else good” much in vogue and as the first great literary philosopher, who defined the agenda for much of what followed, Plato cannot be ignored. Here is one outraged commenter that might have profited by a Saturday dialoging with Plato or if not the master, with Mom:

The ancient Greek civilization worshipped Gods and Goddesses in Temples. It was out of this polytheistic religion that Western logic and Humanism developed. Out of this polytheistic religion Western Democracy was created. Maybe the pluralism of power among the gods lent to a sharing of power as seen in the greek form of government. Athens was a Democracy most of the time and limited. Sparta was a militaristic Aristocracy. Thebes was an Oligarchy and Macedonia was more of a Monarchy. Humanism found expression in the Hellenistic world of the West and in the Buddhist world of the East. Between the two I find Buddhist Humanism to be far more developed and long lasting.

The Ancient Greek civilization did, often, worship gods and goddesses in temples.*

It was certainly out of a culture of polytheistic religion that Western** logic and “Humanism” developed.*** Monotheist Judaism, also a root of “Western” Humanism, grew out of polytheistic roots. Read the prophets complaining of idol worship in the Scriptures! The philosophers, even the pre-Socratics, consistently moved out of polytheism toward monotheism. Heraclitus openly criticized the polytheistic gods, while pointing to a divine Logos. Sometimes these philosophers described the great, ultimate God with the name “Zeus,” but gave this “Zeus” qualities totally other than those of Homer’s little godling “Zeus.”

Plato was part of the process. He was critical of the Homeric pantheon and pointed to a good Creator God that made the lesser gods! Plato was a no polytheist, but like Jews and Christians, allowed for the logical possibility that God may have made super-heroes or “gods.”

My commentator then summarizes (more or less accurately) the government of some Ancient Greek cities as they are stereotyped in a decent introductory curriculum. There is nothing wrong with simplifying things, though noting that Athens was a slave based society more often than it was a democracy (always slavers compared to sometimes democrat slavers)  might have given pause to overly hasty conclusions. The notion that there is a “greek form of government” at all is denied by his own list!

Humanism, of a sort, especially monotheistic religious humanism did find expression in Ancient Greece in some schools of philosophy. Judaism and Christianity carried those ideas forward globally. Other schools of thought did so as well, my commentator thinks Buddhism is one. True!

Still, the commentator has gotten most important things wrong: polytheism did not birth philosophy, except in the sense that Greek polytheism**** was rejected, for monotheism or idealism. His slew of facts do not support his general claim. . . Greek diversity of government types with no idea of human rights. . .did nothing to create Humanism. Monotheistic religion and philosophy did.

The librarians of any age have their biases, but they try. The scholars of any era are time bound, but are (often!) doing the best they can and better than we would do without them. Truth is out there and we must seek the star, the guiding light of reason that that will reveal Truth. Tyrants like Herod get in our way. We mistake what we have seen. We often harm what we meant to worship. Most of all, as Mom showed me, we can use a little truth to reach facile conclusions that are sometimes (accidentally) right, but most often are foolish.

*We do not capitalize “gods” or “goddesses” in this context not out of any reverence for the monotheist God of the philosophers, Judaism, Christianity, and Islam, but because these beings were totally different from God. There can only be one omnipotent being by logical necessity and Apollo is not He!

Some use “Western” as a cloak for racism, but that is an even more complicated story!

***Since we are discussing Plato, worth nothing Plato would have thought (quite rightly) that logic was discovered and not developed.

****I am discussing one kind of polytheism, not all polytheism.

August 11, 2020 Not Dreaming, Just Hope mixed with Faith seeking Understanding
Browse Our Archives
get the latest from
Eidos
Sign up for our newsletter
POPULAR AT PATHEOS Evangelical
1