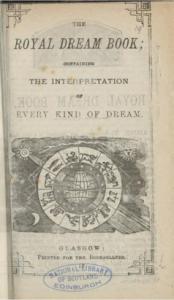 If Disney is right, then “a wish is a dream your heart makes when you’re fast asleep.” If so, then nobody should base their life on dreams. Our hearts asleep are not doing the hard work of examining our own longings to see if they are just. There might be an exception. If as Plato suggested, and Joseph knew, the good God could speak to us in dreams, then these dreams might come from an undiscovered country and reveal much to us. Far from being mentally asleep, we would in such a divine dream be the most mentally awake that a person could be this side of paradise. Mostly, however, our dreams are idle, what Plato called mere fantasy. They are disconnected from reality and so useless.

How could we tell the common useless dream from the divine? Our waking reason would set to work and find, most often, that our dreams rarely are best basis for life. Instead, we test our unfiltered desires, our dreams, against reality using reason and so gain hope. Hope is a reasonable vision of what should be, such as a just society, and longs to see that vision made real. Hope is awake and so is guarded. It does not dare to hope for what could not be. The hopeful person often knows through sad experiences that what is desired is hard, nearly impossible. Real hope endures, because reason has said that eternity sides with this particular hope!

After time, effort, and experience, hope might gain enough progress to become faith: substantial hope. The just society moves closer, so the hope becomes more grounded, more likely to happen. Ought slips closer to is and hope becomes faith. Every so often what is “not yet” is realized in space and time, even in this broken world, and faith becomes certainty. Our love for some good possibility drives us to find that what seemed improbable was real or at least could become real!

What was once a reasoned long-shot, a hope, became faith, and then experienced. This is the epistemology of belief.

Skepticism is a tool that refines our desires, gives grounds to our hope, and then helps faith see the truth established. This path is easy to misunderstand: we confuse our dreams with hope or are so cynical that we only allow skepticism and not love to guide us.

What are some misunderstandings?

A believer says (in the context of an epistemology of belief):

As a result, it is acceptable to believe a thing merely because you wish to do so, if it does any work at all in your worldview greater than the problems it causes.

A critic (forgetting the “as a result” that points to a previous argument) rushes to say:

Sure. You just deny any problems it causes, or define those problems as being very small problems because only those people are affected. The feelings of the people that matters are important

And you wonder why people think evangelicals are disgustingly selfish and believe lies about the world.

We should never deny problems. Problems are real! In a world where we must choose, often imperfectly, we may have to weigh problems and choose the least harmful alternative. My critic is right to fear that I might discount the hurts or problems of those not in my “in group.” That is a great danger and only can be avoided if one loves one’s enemies. First, we give them the dignity of recognizing disagreement: they intend to be our foe. Second, we love them by giving them full human dignity. We cannot win “for us” at the cost of “them.”

That bad kind of reasoning crucified the Lord Jesus.

Feelings matter, but not as much as reality. Nobody decent wishes to make anybody feel sad, but good people know that making nobody sad is impossible. Good folks minimize hurt feelings, but fundamentally favor reality, even when feelings are hurt. I have never been good enough to play for the Packers, much as I dreamed of that day. That hurt once upon a time, but when reality clarified this for me, I was helped to move along with my life.

My critics asserts “evangelicals” are “disgustingly selfish and believe lies about the world.” Millions of people are evangelicals. Billions are Christian. Out of those millions and billions some of us are surely piggish dupes. The swinish fools often are given a microphone by those looking for grunts to confirm their prejudice. US media is not rushing to ZOOM the Ecumenical Patriarch or the monks in the ancient lands of Aksum. And, of course, all Christians know, I surely know, that we are often less than we should be.

There are days we all just fight for the home team and ignore the hard questions.

This should never be, but is. We repent and ask forgiveness for being swinish louts and hope to be kind interlocutors, first with ourselves.

Another misunderstanding comes when I say:

One good reason to be a creationist, even a young earth creationist, is the attractiveness of the idea on non-scientific grounds.

I’m highlighting this post as a great exemplar of Christian integrity and intellectual rigor.

When your pastors think that Covid is a hoax, that’s acceptable right? They don’t think it causes any problems. It’s an attractive idea. Supporting Trump is doing a lot of “work” in their worldview. Come on. Show that you believe your argument and praise these people doing the Lord’s work!

“One good reason” is still “one good reason” even if the opponent thinks it not enough. It might not be. We might hope our candidate, Madam Justice, prevails in the election and that she will win. We have one good reason, a very carefully crafted scientific poll, to think that this will happen. We hope that Madam Justice prevails, but we also know that there are other polls or contrary data points that make our case weaker than we wish.

Our “one good reason” is, nonetheless, still one, good, and a reason.

It would be a lie to deny this just because the conclusion is unfashionable amongst our peers who have disdain for Madam Justice.

I am then asked, always though the examples change, a hypothetical about “them”. . .those people. . .who believe something bad or obviously false. This being pandemic time, the virus plays the role of the “fact” my camp conveniently denies. I do not know anyone, though I work with religious folk all over the world who deny Covid exists. I know nobody who thinks it causes no problems.

Let us assume they exist and surely in the three hundred millions of us, somebody thinks something. These beliefs are surely attractive, comforting, but also almost as surely false. Why? Most of us know someone who has died from the virus. I do. (Rest In Peace)

This would not be acceptable “belief,” because no rational argument sustains the “dream” that there is no virus and nobody is harmed.

One might, pause and think for a bit, disagree with how to deal with a real virus that causes real problems.  One could decide that no cure should be worse than the disease and come to different conclusions in the risk/reward analysis.

Praise the Good God and ask for mercy for people.

August 10, 2020
Bad Conclusions Based on Bad Assumptions
Next Post

August 12, 2020 Because We Pray: Medicine Matters
Browse Our Archives
get the latest from
Eidos
Sign up for our newsletter
POPULAR AT PATHEOS Evangelical
1

Evangelical
The Sad Case of a Dated Education? (A...
Eidos
TRENDING AT PATHEOS Evangelical