Because We Pray: Medicine Matters 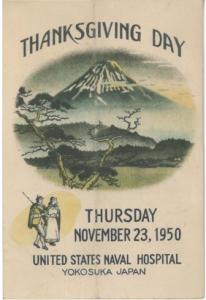 Christians know we are all broken. Nobody is perfect and so no human being can be trusted with total power. Institutions are often megaphones for personal power. In noble hands, like those of Reverend Martin Luther King, great good can be done with power, but even King was not perfect so that even the best of people and their institutions need a check and a balance.

No institution is so pure, no intentions are so noble, that is cannot be twisted into something impure and ignoble. This side of paradise the best humans can do is to disperse power between as many institutions as possible. This is why conservative Christians support giving different groups power over different aspects of human life. Most traditional Christians have learned through centuries of hard effort trying to apply the ethic of love to culture that any concentration of power, or making any authority absolute, is dangerous. Some danger is necessary to get things done, but the dynamite of power needs careful handling.

This is why even in my very traditional Church the laity confirms the worthiness of their leaders when they are appointed. Each member has a duty to attend to the wisdom of the leaders, but also to follow their conscience and take whatever consequences may come. No idea repudiated by most Christians, at most places, and at most times is held as essential to the faith. There are checks and balances between the power of mere fashion and established authority. Sometimes tyrannical men have seized power in the Church and attempted to impose their will or the trends of the times on the laity. The average Christian responded by repudiating their leaders and waiting them out. At other times, the laymen have been infected with some cultural fad and the leadership has had to do the hard work of education and waiting for the up to date to become dated.

Christians divide power into three general categories: family, church, and state. This division of power minimizes the possibility of tyranny. State should interfere with church as little as possible and church should meddle with the duties of God’s anointed civil authority as little as possible. Both should recognize the authority of the mother and father to run their own home.

This existence of this very system suggests that one group or the other can become so broken that intervention will be necessary. Sometimes the church and family will have to defy a wicked state, as King and the African-American church defied segregation. At other times the state will have to intervene to correct dangerously broken religious institutions or families.

This is always a very dangerous moment for a culture as it raises the possibility that the intervening branch will seize too much power, weaken the other too greatly, or go too far. Still the authority of state, church, and family are all limited and the individual, particularly the defenseless and weak, will have to look to the other branch if his can get no justice.

A good example of this proper, just, and necessary intervention is when parents will not feed their children or seek necessary medical treatment for them. The proper local authority has a duty to protect children against unconscionable behavior by parents even when that behavior has a religious justification. Churches also can and should act in this manner when they can with families who will not correct wrong behavior. Not only is this not anti-Christian, it is an application of Biblical ideas.

The courts should exercise great caution in undermining a family’s rights or disallowing any lifestyle. Persecution of disfavored minority groups is all too easy to justify in such cases. For example, it would be very wrong to take the children of atheists from them, or force them to attend private Christian schools, just because research shows that theists are happier than atheists. However, in the recent case where the life of the child was threatened by lack of medical care, it is easy to see the rights of the parents, even the religious right to practice their own faith, do not apply to the child.

Pro-life Christians must understand this to be consistent. Pro-life Christians believe a woman has a God-given right to personal integrity, but that this does not give her the right to kill another person in her womb. Her rights stop at the other person’s body. All our rights, even to our own body, have limits. This same reasoning limits the religious rights of parents over children. Their rights stop when grave and permanent harm will be done to the child by their religious beliefs.

This should not include government interventions anytime a local official does not like the ideas being taught to children. Atheists, Muslims, Jews, Christians, and Pagans all have the right to teach their own children their own ideas. When grownup the children can change his or her minds . . . as many who convert to and away from Christianity demonstrate daily. However, a child killed by religious conviction about medicine will not be able to grow up to decide her parents were right or wrong.

One reason that traditional Christians support widespread education and worry about general moral decline is that it undercuts our hopes for the “checks and balances to work. There is value to pluralism, but too great a cultural diversity about what is right and wrong or tolerable and intolerable make these decisions impossible. We need to continue a national conversation about our moral values and how we will derive those values.

Worst still cultural disaster and tyranny comes when all the parts of system are corrupt simultaneously. This can happen in secular societies like the Soviet Union or in broken Christians ones as we saw recently in Ireland. The results are always very bad.

All people of good will should work hard to see that proper boundaries are respected. Families, states, and churches should be left alone as much as is possible. However, we shall also often to run great risks and allow the lines to be blurred when the certain evil of doing nothing outweighs the possibility of harm. It is a necessary risk in this life, since the risk of unified power or no checks and balances is greater. Only in paradise can unity of power exist with perfect safety when the king, priest, and father role are united and held by God Himself in perfect justice.

August 13, 2020 You Might Find God, but not devils. . . (The Divine Hidden, but Reasonable. The Diabolical Obvious, but Irrational)
Browse Our Archives
get the latest from
Eidos
Sign up for our newsletter
POPULAR AT PATHEOS Evangelical
1