An Apologia for my Fandom: Why care about Socrates?

An Apologia for my Fandom: Why care about Socrates? September 10, 2020 John Mark N. Reynolds

Why care about Socrates? Why care about any person who lived a long time ago? Haven’t times changed? Why linger over any wisdom the old Athenian might have had centuries before Jesus was born? As one commentator said of me: “You are really obsessed about the past and Socrates”

This is quite true. I think Socrates life and death matter and still teach us. Why?

First, Socrates created a method of learning, the dialectic, that can play a central part in genuine education. The student of Socrates learns to wonder about everything, beginning with himself. His greatest student Plato, captured this method in Socratic dialogs. These are not hard to read on a superficial level, but read deeply, force us confront our ethics, culture, politics, our religious assumptions, every idea.

The Socrates of the Platonic dialogues is a trustworthy teacher, because he is nobly dead. His physical life is long over and in his life and death he was a good man. He challenged the corrupt educational system of Athens and was murdered by the state. We need not fear his commitment to wisdom. But how can a dead person still teach us to ask questions? Aren’t books by teachers just filled with pronouncements like the “moral” of a fable?

The genius of Plato was to write in a manner that does not “capture” a dialogue, that would kill the wondering, but in a way that provokes discussion in us. The first time reading a Socratic dialogue with a group, most of us feel frustration. How could the students be so dense? Isn’t this argument by Socrates bad? Why don’t they ask this question? The discussion in print, through the genius of Plato, is notoriously hard to pin down. What does it mean?

Do not ignore any of those questions. The dialogue has provoked them in you.

Socrates count historically for anyone who thinks in the English language. Plato’s description of the life, teachings, and death of Socrates have had an overwhelming influence in education in the English speaking world. This has been so profound that for centuries educated Englishmen learned Greek to read Socrates and his intellectual heirs. What is trending intellectual right now in the English speaking world changes quickly and none of us can learn all we might wish to know. A good shortcut is to learn the thinkers that are at the start of our cultural conversation, because that will often equip us to more rapidly grasp even very disparate ideas that spring from discussion that (even way back when!) interacted with Socrates.

Interacting with Plato’s Socrates has done good in many culture.

Centuries of students of Socrates (and Plato), discovered that each detail mattered or provoked fruitful questions that lead to interesting answers. When thinkers like Kepler or Copernicus began to apply what they saw in Plato, modern science was given a shove forward. Jewish, Christian, Islamic, and many forms of secular philosophy developed and improved through interaction with Plato’s Socrates.

On a personal note, I read and consider Socrates, because I personally have learned much from the process. When I am in a dogmatic slumber, Socrates demands I wake up. When I am too interested in other things to consider the joys of heaven, Socrates pushes me to reconsider. He, above all thinkers, keeps reminding us that the goal of a good life is dying well and (mayhap!) preparing for the life to come.

Socrates is not the only such thinker. Other great sages have existed in the world, but this man, this Socrates,  is one splendid one that has long guided the intellectual tradition in which I live.  Off to reread Phaedo.. . the perfect dialogue for perilous times. What will I wonder about today? 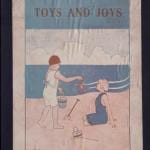 September 11, 2020 Wisdom, Art, Math, Science. . . Oh My!
Browse Our Archives
get the latest from
Eidos
Sign up for our newsletter
POPULAR AT PATHEOS Evangelical
1