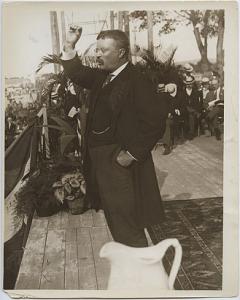 “I am tired,” he said softly as he looked into the kitchen.

“I am tired,” he said firmly as he looked into the kitchen.

“I am tired,” he said with passionate intensity as he looked into the kitchen.

One will always get a response. The response might be that one should not try to sound like a Disney direct to video movie (looking at you Cinderella II).

A great speech, one by a Lincoln, Roosevelt, or King does use verbal tricks and patterns, but the greatest comes from the content of the oration. Lincoln does not say much in The Gettysburg Address or Second Inaugural: he is not long winded. Lincoln makes his point in both with brevity and clarity. You can read the speech and be moved, if delivered by a great orator, the result is outstanding. A spoken word moves from one mind to anther mind and there is passion and understanding produced.  That is a miracle, if one means metaphysical, but while uncommon is not singular.

Theodore Roosevelt pounds you with prose. He makes an argument and builds his case until the conclusion, his stunning peroration, forces you to agree or somehow miss what is happening all around you. Roosevelt (at least in the written word)* pounds his point home, often in threes: “The man who does nothing cuts the same sordid figure in the pages of history, whether he be cynic, or fop, or voluptuary.”

There have been many great speeches and many lives transformed as a result. And perhaps even the rule of three, if not used as a manipulative trick, but in sincerity makes some sense in that context. If a sincere person says a thing once, then that comment might be chaff, meaningless muttering. If said twice by a thoughtful person, then one pauses, but if he or she says this again, then the wise considers, stops, think about it.

The sincere may be wrong, but only the hasty assume so.

The rule of three, if there is such a rule in television and movie writing, is lazy if avoiding honesty, but points to something true. Human kind is not mere brain, but mind with a brain. The incantation of language counts at the level of the mind. After all: One might be an anomaly. Two is interesting. Three suggests a pattern leading to a fourth and the fourth while not yet may come.**

I grew up listening, in small churches, to preachers who were sincere and saturated in the beautiful English of the King James Bible. They spoke with their whole mind and heart and asked the Great Mind and Heart to help them. They fell into rhythms that were not rules, but reality. They could create, not by magic, by by the Divine Word, a new reality in this old world. That is weird, wonderfully, wildly, weird.

*All Presidents and presidential candidates should be required to write their own speeches. Read TRex. Read the speech and marvel at our degradation.

**This is a truth of Timaeus. 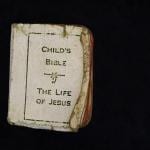 September 15, 2020
Lest We Forget: the Courage of Children, the Bravery of Adults
Next Post

September 17, 2020 Courage with Prudence
Browse Our Archives
get the latest from
Eidos
Sign up for our newsletter
POPULAR AT PATHEOS Evangelical
1

Evangelical
Stop. Think about it. Don’t write it.
Eidos 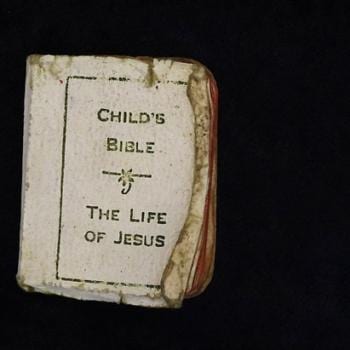 Evangelical
Lest We Forget: the Courage of Children, the...
Eidos