I was once asked to go to a country that had just shaken free from communism. The government was unsteady.  I was told some interpreted “freedom” as moving from the tyrants with titles to the grandchildren of the tyrants without official titles. The looting would go from stealing from the state directly to stealing from the state through “companies.” This was not an improvement. The old tyrants and grifters at least felt the need to build grandiose monuments and dysfunctional public works. The new graft produced little.

This grift was easy to criticize and evidently, just before I came, an American actor of the era came and boldly criticized. He let America and the American Way have it and took on the Christian faith as well. This stirred up the people on the ground and some friends of mine were beaten up. Local Christians paid for the “courage” of the actor. He, this millionaire thespian, may have felt courageous, speaking truth to powerful Americans, though nobody in America was paying any attention to his speech or even knew he was there, but in the land where he was speaking,  giving his opinion (loudly) about a minority (Christians) just coming out of persecution, he was imprudent and the results were bad.

Real people in that country paid for his courage with their blood while he winged his way home. That was a mistake, a hideous error,  I knew was easy to make.

I spoke in schools, a local auditorium, to assorted government leaders, and in the philosophy department at the national university. I am a Christian and they were interested in my ideas. As one professor put it: “We know materialism is bad. What are the alternatives?”  The relationship between Christian ideas and other religious groups was tense. The Soviet era had left little training in inter-faith dialogue. My goal was to speak the truth, but to do so in a way that got nobody harmed. The easy road was to be “bold” for the home crowd back in the States. That would have increased the brand for boldness, but nobody should build a brand on the backs of people. My dad had taught me not to compromise, but also to be prudent.

Prudence is not a word much in favor. Prudence does not get clicks. Prudence is swiped left: an undatable virtue, rejected.

Prudence with courage is what we need just now. Prudence says to say what you need to say in a way that minimizes harm to others. Prudence is polite, when one can be. Prudence finds a balance between cowardice and zealotry. Prudence is the mind of courage. A prudent man without courage fades away, but give a courageous man prudence and good things can be done with minimum harm.

One of the failures of my life has been a lack of prudence. The quip, the mic drop moment is too easy, but prudence suggests that winning long term is better. Making others pay for a moral moment is the route of the hypocrite and the humbug. I hope I found that way when called to speak in that troubled nation.  God knows I tried.

When I think of anything I do or say, I hope to be courageous at my own cost and prudent to help others. The courageous man is in the arena, the prudent man does not force everyone else into the arena with him, while he makes an exit. 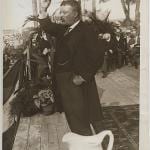 September 18, 2020 Stop. Think about it. Don’t write it.
Browse Our Archives
get the latest from
Eidos
Sign up for our newsletter
POPULAR AT PATHEOS Evangelical
1 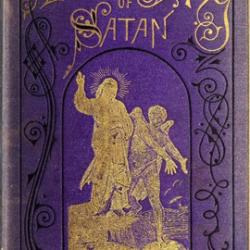 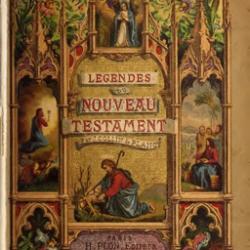 Metaxas vs French: The Christian arguments for and...
With less than a week until the US election, Christian radio host...
view all Evangelical blogs
Copyright 2008-2020, Patheos. All rights reserved.