Losing is No Virtue, Victory at Any Cost Can Be Worse: An Argument in Favor of Civility in a Nation Seeking Justice

Losing is No Virtue, Victory at Any Cost Can Be Worse: An Argument in Favor of Civility in a Nation Seeking Justice March 8, 2021 John Mark N. Reynolds 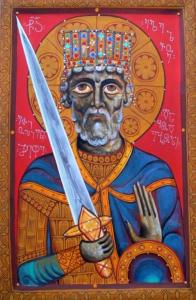 Are you tired of losing?

Any Christian citizen or subject of any nation will seek justice for all God’s children. Who wishes to see injustice spread?

There can be grift, a money making operation, that can overtake our job of doing justice. The grift feels like winning, since the bank account or ministry is multiplying. The rotten religious right and left in America are dominated with such types of organizations.

Otherwise sensible people become grifters when they trade “amens” from the already converted, along with donations, for victory. A growing “movement,” even one that cannot command a majority, and the approval of one’s peers can make a man believe he is doing good while doing well himself. This quirk in some, quick to confuse their own personal brand “winning,” with some illusory victory for justice begins, like most bad ideas do, in a good impulse: a desire to win.

The man who ends up a mere grifter often starts frustrated with inept losers. Indeed, may Holy Kaleb of Aksum pray for us.

Losing is not a virtue.

One does not gain moral credibility simply by failing, since the reasons for failure may be our fault. The loser who thinks himself noble may just have been a loser, rejected for his vices, his ineptitude, and not his virtues and quality. Losing stupidly is not just a vice, but worse, a blunder. A vice may be personal, but the blithering blunderer can undermine even the best cause and associate the cause for years with ineptitude. Cry justice out of key, because we could not be bothered to learn the music, and we not only fail ourselves, but run the risk of associating a good cause with our failure.

If we wish social justice, the poor fed, racism ended, the unborn protected, the family strengthened, then we hope for victory for justice!

Victory is not, in this life, always a virtue.

Herein lies the catch: we can lose by winning.

Since the world is complicated, our “winning” one particular battle, even for a good cause, using bad means can be worse than losing. A Christian knows that Paris is, in fact, never worth an unholy mass. If we were to eliminate hunger by eliminating people, then we might have achieved one good at the cost of a greater evil. The Communist Party in China pursues some social goods, such as national harmony, at the expense of the life, liberty, and flourishing of millions of people.

They are winning, but at a great moral cost.

In the American context, what would it profit us to elect a President, but to lose our souls?

The “win now at all costs” types always portray each election as the most important, each decision as vital, and their opponents as sycophantic followers of some evil empire. Christian academics are creating a whole sub-genre of books demonizing their foes with arguments so bad that only the target allows them to make them without howls of derision. The long term impact of bad arguments, unfair rhetoric, and mic-drop moments? Not much.

Losing in the short term, as Christian martyrs seem to do, is better than brutal false victory. Better wait for a Holy Constantine, than try to prop up a pretender by bad means. There are practical reasons for this truth, though the Lord Jesus also commands us to this task, because it is right. If you are looking for the practical, consider the value of civility.

The angry person cannot endure. He might win the first round, but staying angry becomes shrill and foolish. Being angry makes it hard not to sin. Anger in the face of injustice is good and necessary, but sustaining anger destroys the righteous person and is too easy to dismiss by the complacent. The “anger” becomes the issue. This is not right, but is a practical reason to be civil. Besides, there is just a possibility, a bare chance, that our opponent may be right about something. If we do not listen, then we cannot learn.

The “other side” may have things we need to hear. When we think: “How can these seemingly good people have such dumb views?” then we should pause. Maybe the views are wrong, but there is something we have missed. Of course, we might be totally wrong, this also should be considered, but that is not all we should examine. What if we are not catching some other important truth, some nuance of argument, that the other side gets?

We must listen to our critics and learn from them because this is the best way to long term victory. If we cannot reproduce the arguments or opinions of the “other side,” in a way that they would recognize, then we will not persuade anyone. If we do not persuade, then we will only talk to ourselves and this rarely will be enough to see justice prevail. Justice hardly ever has a majority.

Finally, a Christian must hold out love and hope for even enemies. We can argue hard and effectively, but we must never dehumanize or finish off an opponent.

43Ye have heard that it hath been said, Thou shalt love thy neighbour, and hate thine enemy. 44But I say unto you, Love your enemies, bless them that curse you, do good to them that hate you, and pray for them which despitefully use you, and persecute you; 45That ye may be the children of your Father which is in heaven: for he maketh his sun to rise on the evil and on the good, and sendeth rain on the just and on the unjust. 46For if ye love them which love you, what reward have ye? do not even the publicans the same? 47And if ye salute your brethren only, what do ye more than others? do not even the publicans so? 48Be ye therefore perfect, even as your Father which is in heaven is perfect.

March 9, 2021 On Genuine Morality Without God?
Browse Our Archives
get the latest from
Eidos
Sign up for our newsletter
POPULAR AT PATHEOS Evangelical
1