On Ideas without Mind: Could Be, but Probably Not?

On Ideas without Mind: Could Be, but Probably Not? March 15, 2021 John Mark N. Reynolds 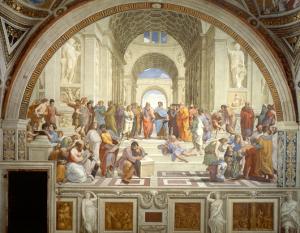 A cosmos of physical objects alone would lack justice.

Ideas, say justice, seem a different sort of thing than building blocks of matter. One could have all the Legos one wished, of any shape or color, but one could never build a “justice.” Material or physical stuff (right down to the sub-atomic level) does not seem like numbers or ideas. Ideas seem to exist apart from stuff. If there had been no humans, then 1 would still be the loneliest number and ideas would still exist.

Or is that right?

Naturally physicalists (people who believe everything can be reduced to physics explanations) respond to this problem in a variety of clever ways. What is the relationship of an idea to the physical? Still, just like human consciousness, the physicalist answers seem to explain away something they are not accurately describing when trying to account for the reality of ideas. The music is played on the organ by an organist, but the music is neither the organ nor the organist! Even amongst strong atheists, Platonism about numbers, that they exist non-physically, is common.

Idealism or dualism can account for all the workings of science without trying to reduce ideas to a physical thing.

Platonism, the existence of ideas, does not logically compel a person to be a theist, but suggests theism strongly. Theism is more plausible, given the existence of non-physical objects like ideas, if Platonism is true. Since ways of knowing we trust, like the methods of science, cannot account for the existence of ideas or number and since science depends on mathematics this is suggestive. After all, we experience ideas in our Mind. Where else could these eternal ideas exist, but the Mind of God as the medium?

Another possible relationship between ideas and God would be for ideas, like number or goodness, to exist eternally: not God, but existing eternally because of God. God being logically prior to ideas, His thought continuously sustaining them, but such ideas existing eternally with Him. God exists and so number, the good, and justice are always existing from Him.

My favorite Zen banjo playing atheist followed up on my comments on morality without God. He said:

Thanks for a very provocative response to my question.

I understand that “If God, then ideas.”

My question (which I think you addressed) is “If no God, ideas?”  If I understand your answer correctly, there would be no ideas without God. Which would mean there could be no moral truths without God.

That seems fairly intuitive to a lot of people. (It is, after all, the first premise of the widely loved moral argument for the existence of God.)

But you seem to be making a much bolder statement. You’re actually saying that if there is no God there would be no mathematical truths, no beauty, or probably not even any truth of the proposition that “there is a cat on the mat.”

That settles the claim that there can be no moral truth without God. But it makes it a lot less interesting because there actually can’t be any ideas without God.

Am I following you there!

Clarity is always helpful! If ideas exist, then the existence of God is made more plausible. There are atheists who think numbers exist without believing in God. Mathematical Platonism is widespread in philosophy and obviously all (or most?) of those thinkers do not become theists.

This is not a worry, however, given the relationship between God and ideas. God has a thought, therefore God exists. His thought shows God exists. Put simply and informally:

If God ceased to exist, then ideas (like everything else) would cease to exist, since God is the very ground of being. If God exists, God is a being that cannot cease to exist by definition. There would be no moral truth without God, but there is a God and the very necessary existence of an idea like “1” or the Good suggests God necessarily is. There would not be beauty if not for the Mind: beauty really is in the eye of the Beholder, eternally, forever, kept for all time.

This sort of intellectual train of thought suggests theism, but certainly does not get a person all the way to Christian theism! I do think one reason some atheists resist even modest Mathematical Platonism is that it opens the door to this reasoning. Theist Platonism also is compatible with Christianity: ,see the scholar AE Taylor.

Consciousness and ideas are not “spooky” or weird. We treat the organist as different from the organ all the time. We know our bodies and our minds are related, but they also naturally appear to be different categories of beings. An important job for philosophers, attending to science, the arts, and all humane experience, is to try to make honest sense of those intuitions.

I think either idealism or dualism is the best explanation: giving us science, mind, and ideas. Naturally not everyone will agree, but the possibilities and the differences such a point of view would make to our lives are great and profound. 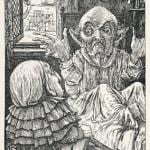 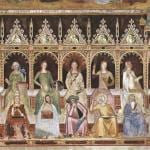 March 16, 2021 Searching for Truth: On Pragmatics, Babies and Bathwater
Browse Our Archives
get the latest from
Eidos
Sign up for our newsletter
POPULAR AT PATHEOS Evangelical
1