The Limits of Unaided Reason 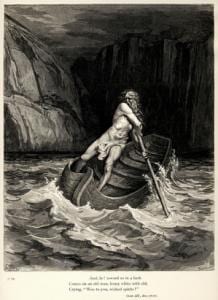 Human reason, yes, but give us also the revelation of reason that comes from God.

Against the demonic, unaided human reason is impotent. Too often thoughtful people prepare as if the worst critic they will face is human. Human reason aspires to logic, even if falling short. This is not, so far as history can be trusted, the truth about the manual of the monstrous. Human reason can be countered by human reason, but the diabolical will smash the merely human every time.

What is diabolical reasoning? Put simply “the reasoning of devils.” Devils, I think, exist as beings, but for the moment assume they do not. We could still think about the reasoning of the diabolist or the reasoning that demons would use if they were real. This is not the same as measuring the length of a unicorn’s horn, because we will never get the chance to hold a unicorn horn and we sometimes meet the diabolist.

This is sometimes a Satanist, a group that could exist even if Satan did not. Just as our acting as if God exists does not (by itself) prove God exists, so Satanists could exist even if Satan does not. People can develop diabolic reasoning, even if they are not demons. Naturally, we also might be getting a bit of diabolic direct from devils. If we are to beware, what is the danger?

Dante is a good guide to diabolic, angelic, saintly, and Divine thinking. He spends far more time contemplating the wisdom of the Good than hopelessness of the damned, but we can learn from his poetry on the infernal. The great poet Virgil, a representative of the best of unbaptized human wisdom, is a guide to “Dante” as he journeys through Hell and Purgatory. He will need a better guide for Heaven. Virgil is trustworthy, but he cannot stop all foes he finds in Hell. When he, on Dante’s view the greatest man, tries to force a gate in Hell, the door is slammed in his face. He cannot pass.

Fortunately, Virgil has been sent to be a guide by God and God’s saints and has more than his own power. Virgil speaks to Dante:

And to me he said: “You need not be cast down
by my vexation, for whatever plot
these fiends may lay against us, we will go on. (120) This insolence of theirs is nothing new:
they showed it once at a less secret gate
that still stands open for all that they could do— the same gate where you read the dead inscription;
and through it at this moment a Great One comes.
Already he has passed it and moves down ledge by dark ledge. He is one who needs no guide,
and at his touch all gates must spring aside.”*

Dante is referring to Christ coming, when dead, and harrowing Hell. Satan made the mistake of killing the God-man and so sending Him to a place that could not contain His full dual nature: the fully human could descend, the fully God could not be contained. For a Christian, especially for a Christian in the High Middle Ages, devils ultimately were impotent and weak. The Divine Logos, the Word that made the world, was victor. Because of Jesus, human reason did not need to be unaided ever again!

This is very good news. We can, if we will, call on God to help us. We need not be afraid, even of our hardest questions. We do not have to (intentionally) make bad arguments to prop up our causes. Human reason is clouded. Instead, we can rely on Divinity and the triumph of Jesus at the end of all things.

We will get there and so see.

Devilish reason is unstoppable by mere men, because the devils will not admit defeat. They will grind away endlessly, slam doors that they cannot keep shut for long. They are not interested in the good of the intellect: truth. They are interested in winning short term arguments. They can stop Virgil, but not Jesus. They do not care. Jesus comes with wisdom and power, but they have beaten Virgil, so they can natter endlessly about that.

It is tempting to see the stubbornness of the diabolist as courage, but diabolic reason is not active thought, it is merely a habit of the mind. They do not hope for victory or truth. They merely hold the line that cannot be held. This is the strategy of devils, but so far as it goes, that strategy can defeat merely human reason. There is a passion that the righteous man cannot match. The good man is limited by his reasonable doubts: he listens, questions, and so is worn down. The door is slammed. He is right to listen, right to mistrust his own merits. He needs the power of Heaven. He must put his trust in the power of Heaven.

God help us reason as you do!

*Ciardi, John; Alighieri, Dante; MacAllister, Archibald. The Inferno . VIII Penguin Publishing Group. Kindle Edition. I am thankful to the commentator for insight into this section.

March 11, 2021 Necessarily Uncertain
Browse Our Archives
get the latest from
Eidos
Sign up for our newsletter
POPULAR AT PATHEOS Evangelical
1