Hellas: With No Monument to Preserve Her Except that of the Heart

Hellas: With No Monument to Preserve Her Except that of the Heart March 24, 2021 John Mark N. Reynolds

Rootless, lost, unattached, homeless: these feelings overwhelm those who forget the mothers and fathers that brought them to this place and time. We have been born, children of science, philosophy, and Christian theology, at the end of a long line of good mothers and fathers. Duty demands, morality necessitates, that we honor those who gave us good gifts.

Who are the ancestors of the civilized? They are from many nations, tribes, and peoples, yet some synthesized, integrated, and endured more than most.

No intellectual line of ancestors is more potent than that flowing from Hellas (Greece). If our American culture, Christian culture, ignores this debt, if we forget an ancestor, then we are ungrateful children. If we dishonor this ancestor, then the words of the commandment will come to pass and our time will be short on the earth.

Greece and Greek faith and ideas have outlasted many ungrateful children.

Every philosopher and biologist, every lover of democracy, every Christian theologian is a child of Greece: some by birth, some by adoption, some by choice. The structure and language of modern philosophy, science, Christian theology, and much of art finds an ancestor in Hellas. Philosopher, biologist, democrat, theologian: Do not say the words if you will not acknowledge the gift of Greece of these very words to the cosmos.

This is not an abstract gift to me, like billions before me, I have felt the weight of the glory that is Greece.

The first time I picked slowly through Homer, Plato, and then the New Testament in Greek, I was a stranger, a bit of a barbarian. My teacher kept helping me and as we sat before Troy with Achilles, tried to learn in Plato’s Academy, or beheld the Divine Logos made flesh with Saint John, we grew deep roots and gained ancestors. From Athens, through Alexandria, to Aksum throughout the world, the lover of Hellas was the lover of wisdom and a citizen of Hellas.

I have seen this happen for my own students.

A group of gifted scholars, none Greek by birth, sat at the center of Athens on Mars Hill, reflected on what Socrates did in the marketplace below us, what Pericles built on the Acropolis above us, and what Saint Paul taught where we were.  We had come home. The College and School of Saint Constantine is philhellene because we acknowledge this ancestry, this debt. We will never cease to honor this ancestor and part of us has never left Athens.

The cosmos of ideas is unthinkable without Hellas: ancient, Eastern Roman, and modern. The ancient Greeks synthesized gifts from many nations and founded a method of inquiry, the dialectic. The Eastern Romans, Greek speakers, preserved this ancient methodology against external foes and forged a mighty synthesis between Athens and Jerusalem in the great Greek City of Constantinople. Modern Greece preserves the patrimony in a democracy that has endured historic foes, won independence, and outlasted even the Nazis.

An ancestor of all who know, Greece, is not just an artifact of our history, but a living tradition kept by Greek philosophers, priests, and politicians into the twenty-first century.

The modern Greek nation was born two hundred years ago in 1821. Greek people scattered all over the world wished liberty for the homeland, came home, and by the courage of all the Greek people, won independence from the Ottoman Empire.

Rooted, recollected, reborn in the modern world, Hellas built such great monuments, such magnificent churches to the good God, that other nations appropriated the style, as the Romans did in Rome or the Americans have in Washington. Less honest children, tyrants, and conquerors, have appropriated the very buildings. The enduring truth for all of us, Greeks by birth, adoption, or choice, is that the greatest monument to Hellas, her soul, is kept in the heart of the Theotokos in safety for all time. 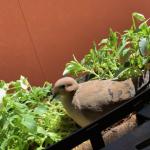 March 25, 2021 200 Years of Modern Greatness: Happy Birthday to all of Hellas
Browse Our Archives
get the latest from
Eidos
Sign up for our newsletter
POPULAR AT PATHEOS Evangelical
1

Where Would We Be Without Nursing?
We often take for granted the necessities of life, like fresh air,...
view all Evangelical blogs
Copyright 2008-2021, Patheos. All rights reserved.
error: Content is protected !!