Parting Thoughts on Politics from a New Testament Student

As we wrap this class and go about a summer vacation, many important things will happen politically. We will have the official candidate of the Republican and Democratic parties. We will have had a contentious national committee meeting on both sides of the isle. We will see the first few polls of who America believes should be the next president. We will more than likely also hear of a new scandal or two along the way.

It is also no irony that we are ending the class with a reading and interpretation of Revelation. This most confusing book of the bible has been the source of fear mongering and false prediction for generations. What I have learned, though, is that often this book is misinterpreted. The reason for this is because contemporary readers do not understand the genre. It was written with a specific lens that, without it, does not allow for this story to make any sense. We need to understand for whom the work was written and within which social context.

That being said, I believe we all, in contemporary politics, need to remember the genre of politics. It is a system that is based in fear, difference, separation and oppression. The very nature of politics can be confusing and limiting of others’ perspectives. It is not until we understand the genre that we can truly see the intents, though. And the media is the vessel for the genre. They both benefit from the same system of fear and confusion and othering that takes place.
When we can remember that the genre of politics is divisive, perhaps we expand the view we have of others who see politics differently than we do. Perhaps, instead of seeing someone only as a democrat or a republican, liberal or conservative, we can see them as people with genuine concerns, hopes, and fears. When we can frame individuals as individuals and not as monsters from a scary genre, we can remember that there is humanity in each one and that their concerns matter. When we can see this, we can move past what makes us different and more toward what aligns us as people.

May 30, 2016
Mercy, and the Bathroom Bill Controversy
Next Post

June 16, 2016 Tragedy, Brokenness, and Choosing Love
Recent Comments
0 | Leave a Comment
"When we are born we are all equal. What we become during our life is ..."
morris98 Race, Religion, and the Trouble with ..."
"The only answer is segregation."
ravitchn Race, Religion, and the Trouble with ..."
"Case in point...it is a violent religion."
cheryl Baxter The Holy and the World
"A parallel to "caring" about 7 billion people is sort of like laying the Manhattan ..."
billwald The Holy and the World
Browse Our Archives
Related posts from Election Reflections 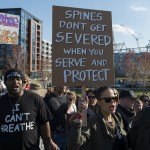 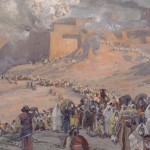 Politics Blue
On Not Throwing Away Your Shot
Election Reflections 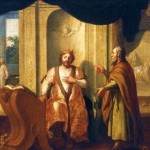 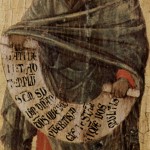