Sometime last week in one of the C. S. Lewis groups I occasionally frequent someone asked an interesting question. They asked why there weren’t any elves in C. S. Lewis. The conversation took several turns, some including suggestions that Lewis wasn’t that interested in Norse mythology (I quickly put that to rest), or that Lewis was more interested in classical mythology (hence all the satyrs, centaurs, naiads, and dryads in Narnia). Of course this latter is complicated since dwarves, unicorns (which are part of Greek zoology, not mythology), dragons, etc. all appear in the Narniad. As it turns out the original poster was primarily interested in the Chronicles of Narnia and not all of Lewis’s works. Still, it got me thinking. There is a seemingly large lack of elves in the works of the best friend of J. R. R. Tolkien. Why is that? So I did some thinking and some looking and this is a totally non-exhaustive list of what I’ve found including speculations on my part. For the sake of time, and sanity since I have so much else to do at present, I will limit myself to The Chronicles of Narnia and The Cosmic Trilogy. I will also briefly mention Lewis’ The Discarded Image.

The Chronicles of Narnia

I thought I’d start with books in the original posters mind. The first and most obvious, in my mind, is Father Christmas. After all we occasionally call him the jolly old elf. Tolkien certainly objected to his presence in The Lion, the Witch and the Wardrobe (his only appearance). The second is the character Rynelf in The Voyage of the Dawn Treader. The character is not, so far as I can tell, an elf. Nevertheless, the name might have etymological ties to Randolph, meaning the name could mean shield elf. The third is slightly less obvious still but in The Silver Chair we get the underground creatures, the gnomes. It is a well established fact that in early drafts of what would become The Silmarillion the elves were called gnomes. The word gnome is an interesting one since it comes from a Greek word for knowledge. Still, Lewis’ description of them and Pauline Baynes’ illustrations make it clear that they aren’t elves in the Tolkien sense. Nevertheless, they are related. Fourth, and finally, there are the human children themselves. There are two ways I think we can come at this. First is how they appear in Narnia. They come by magic, admittedly not of their own making. But not only do they come by magic, they appear, from a Narnian perspective either never to age, or to do so very slowly. Second, is their presentation in The Horse and His Boy. The Narnians appear as elves. They are different from the Calormenes, they live in an enchanted land where trees and animals talk and their dwarves and centaurs and satyrs and fauns. 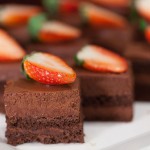 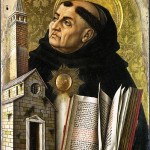 June 23, 2016 Hillbilly Liturgy: Reflections on the Country Bumpkin, the Eucharist, and Thomas Aquinas
Recent Comments
0 | Leave a Comment
"Omg omg confused as aff 😅✌️QS.GENISEPA.SHOP\Ja6797M"
Kurokaze Ryo Catholic School Removes Harry Potter from ..."
"This is the best. You may like it💯rd.ABYSSGIPHY.COM/Po6797QA"
lightningshifter Poetry, Podcasts, and More: Some Updates ..."
"This is, obviously, very late to the discussion. But I just want to say that ..."
adventurehall The Atlantis Theory: The Numenorean Connection ..."
"I once caught a sockpuppeter with about 30 accounts.Apparently they were an amateur.Kudos, comrade!"
TRE45ON But let justice roll down like ..."
Browse Our Archives
Related posts from Letters from the Edge of Elfland