Yesterday I finished my annual re-read of Harry Potter and the Half-Blood Prince. This book does not usually rate high in terms of my favorites, not because of any deficiencies, it just isn’t one I normally think of. This is likely to do with how much more recently it came out than the others (and possibly with how terrible––second only to Order of the Phoenix, in my opinion––the film version is). Still, as I read the final chapters yesterday afternoon, I reached the scene that always makes me cry, without fail. It is a scene so full of emotion that I cannot help but react emotionally myself.

If you think I’m talking about Dumbledore’s death, you’d be wrong. Not that that scene isn’t full of emotion. If you’re coming at knowing what we learn about Snape in Deathly Hallows, then it is an emotional scene as Snape does what he has no desire to do, kill the only man who, I would presume, has ever loved him, been a father to him. Still, it is not the death of Dumbledore that does me in. Rather, it is the hospital scene in the penultimate chapter. Harry has just finished listening to everyone piece together what happened while he and Dumbledore are away when the Arthur and Molly Weasley suddenly come in to see their wounded son, Bill.

Mrs. Weasley is quickly rounded upon by Fleur, Bill’s fiancée, who tells her in no uncertain terms that Bill’s wounds will not keep him from wanting to marry her, nor is she so repulsed by his wounds that she no longer desires to marry him. She is, as she says, “‘good-looking enough for both of [them]” (581). This outburst causes Molly to offer her great-aunt’s tiara for the wedding and both women breaking down and embracing one another. But that is not all, soon Nymphadora Tonks is rounding upon Remus Lupin for, it turns out, she is in love with him, and he with her, but he has kept his distance because, unlike Bill Weasley who will only have wolfish tendencies due to being attacked by an unchanged werewolf, Lupin is a full-fledged werewolf.

Lupin tries to put off the conversation, “‘This is … not the moment to discuss it,’ […] ‘Dumbledore is dead …'” (582). However, he is quickly reminded that Dumbledore would be thrilled that more love was being awakened in the world. We know later, of course, that he gives in and marries Tonks and has a son by her before they are both killed.

But even here, it is not the knowledge of what will happen to Lupin and Tonks that makes me cry when I read these passages. It is rather the emotions I believe Harry to be feeling when, after telling him that he and Hermione would join him in his quest to destroy horcruxes, Ron says that they cannot leave right away, they must wait until after Bill and Fleur’s wedding. Rowling writes, “Harry looked at him, startled; the idea that anything as normal as a wedding could still exist seemed incredible and yet wonderful” (607).

These scenes make me cry because the ordinary has so broken in on the extraordinary and overcome it. Dumbledore, the great power in these books has been killed on Voldemort’s orders (or so it appears to us now until we learn otherwise in the next book). Voldemort has seemingly won; he has killed, vicariously, the only wizard he has ever feared. Death hangs over Hogwarts as the Dark Mark floats above the school. But weddings and new love will not be put off. They will not be defeated, not even by death. Love, the ordinariness of love, becomes more incredible and wonderful than all the magical spells and enchantments we have so recently encountered as Harry and Dumbledore traveled into the cave to retrieve the (fake) horcrux. The ordinary overcomes. And so I cry as I take solace in the hope that the ordinary will at last be victorious. 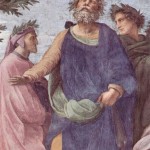 August 8, 2016
How I'm Doing with C.S. Lewis' Canon of Western Civilization
Next Post 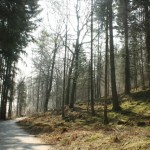 August 10, 2016 Fungi in Elfland: The Wood Wide Web and the Interconnectedness of Creation
Recent Comments
0 | Leave a Comment
Browse Our Archives
Follow Us!

George Will and the Millstone of...
Catholic and Enjoying It!
Related posts from Letters from the Edge of Elfland