Chesterton, Dragons, and Cancer: A Reflection on this Chesterton’s 144th Birthday

Ordinary Time
29 May 2018
The Edge of Elfland
Manchester, New Hampshire

Four years ago, on 8 May, I was sitting in the hospital with my wife, my mother-in-law, and our 8 day old children. While at first we thought it would be Theodore keeping us in the hospital––since had been born 4lbs 1oz and was having trouble feeding by any method––it was Edwyn who kept us there. He was jaundiced and very little seemed to have any permanent effect. This was a trying time for us as we were still three days from going home, never knowing on which day we might finally be set free. For those unfamiliar, in the UK only mother and child, or in our case children, stay in the hospital. They are kept in a bay with at least 3 other women and their children, and are not allowed to go home (I suppose you could check yourself out) until the hospital staff were certain you wouldn’t need to come back again.

My wife was exhausted since, even with the nurses and midwives, she was parenting newborn twins who had difficulty feeding all by herself through the night. Little did we know then that Edwyn’s jaundice was being caused by a growing mass in his abdomen. During this time in the hospital I would read to the boys and to deal with my own anxieties I wrote, on Facebook, a short serialized story about them. We had named one of them Theodore Nicholas George, and so dragons often turned up in my stories. On May 8th, after a friend sent me Neil Gaiman’s paraphrase, I tracked down this full quotation by G. K. Chesterton and declared it the Mosley Family philosophy:

“Fairy tales, then, are not responsible for producing in children fear, or any of the shapes of fear; fairy tales do not give the child the idea of the evil or the ugly; that is in the child already, because it is in the world already. Fairy tales do not give the child his first idea of bogey. What fairy tales give the child is his first clear idea of the possible defeat of bogey. The baby has known the dragon intimately ever since he had an imagination. What the fairy tale provides for him is a St. George to kill the dragon. Exactly what the fairy tale does is this: it accustoms him for a series of clear pictures to the idea that these limitless terrors had a limit, that these shapeless enemies have enemies in the knights of God, that there is something in the universe more mystical than darkness, and stronger than strong fear.”

I had no idea then just how important this quotation would prove. You see, just a month later, we would be back in the hospital. Edwyn had been vomiting more than a young child ought, vomiting bile what’s more. So after a trip to our doctor, we were sent out to the hospital where they did a sonogram and found the mass. Later the mass would be named neuroblastoma, but before that it had a name, the dragon. It wasn’t Theodore, it turned out, but Edwyn who would become our dragonslayer. And he did slay the dragon, by the grace of God.

Today would have been Chesterton’s 144th birthday, the age of Frodo and Bilbo combined at the start of Tolkien’s The Lord of the Rings, and this quotation of his has long served as a reminder of the importance of stories, of fairy-tales for my children. I am trying to do for them what Eustace Scrubb’s parents failed to do for him. I’m trying to aid them in falling in love with the “right kind of books.” I have no idea how this will turn out. But one thing I do, Chesterton did not remind my children that dragons can be defeated. He reminded me. And that has made all the difference. 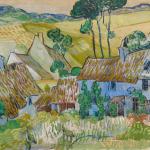 May 24, 2018
Caring for Creation: Reflections on an Old Address by Prince Charles
Next Post

May 30, 2018 Camping on the Edge of Elfland: Pat Noone and Green Hills Farm
Recent Comments
0 | Leave a Comment
Browse Our Archives
Follow Us! 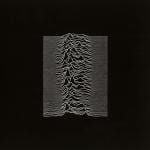 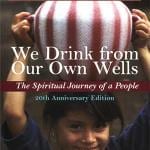