Summer Starts Now (On My Blog, At Least)

I’m taking a three-week blog vacation, starting today, though I’ll still be hanging around on Facebook and Twitter. And hopefully writing some good stuff to post in July.

The main reason for this break is that we have a new baby in the house, of the canine variety. Many of you have followed our dog woes, as we went through two failed adoptions of adult rescue dogs. After our second failed adoption, the local rescue group we’ve been working with, Our Companions, said they had an unusual opportunity to adopt out a litter of puppies. The puppies’ mom is a terrier mix with a lovely, affectionate, mellow personality. Her owner was told that she was infertile, but after a trip to the dog park and an encounter with a random male dog there, it became obvious she was most definitely not infertile. While we tend to like larger dogs, we decided that, after our two bad adoption experiences, personality is our top concern. We trust the rescue group’s judgment, as they are as eager as we are to have a successful adoption. (Neither of our failed adoptions was through this group.)

So, meet Sunday, named in honor of her mom (whose name is Easter), the day she was born, and a super-wonderful dog we know named Sunday. We’re hoping that good vibes come with the name. Sunday is only eight weeks old, so I expect to be spending lots of time cleaning up wee wee pads, carting Sunday out to the front yard, and getting up with her at night. 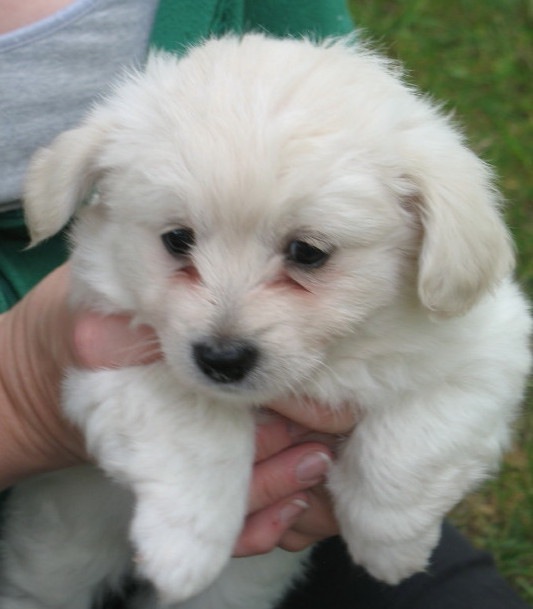 In addition to Sunday’s arrival, the next few weeks will be full of end-of-school-year stuff for the kids and preparing to go hang out with my aunts, uncles, and cousins at the beach in Virginia, followed by a camping trip with some friends over the fourth of July holiday. After that, we’ll settle into a summer routine of swim lessons, day camps, and just hanging around. I expect to blog twice a week through July and August, and resume a three to five post a week schedule in September.

June 8, 2012
That Darn Camel: Choosing Where to Give (and a Plug for the World Food Program)
Next Post

Stop Telling Me about the "Lazy"...
Honest to God
Related posts from Ellen Painter Dollar