An Untold Story About Prescription Painkillers (Mine)

I take prescription painkillers every day, but I am not an addict.

According to the Centers for Disease Control, we are in the midst of a “growing, deadly epidemic of prescription painkiller abuse,” marked by rising abuse rates along with rising rates of overdose and deaths by overdose. The CDC and others blame this epidemic on readily available opioid painkillers, thanks to a mash-up of legitimate prescriptions from legitimate doctors (for post-surgical or severe dental pain, for example, which often leads to leftover pills languishing in medicine cabinets where anyone in the household can divert them for nonmedical use), and unscrupulous doctors who prescribe meds to almost anyone, without screening for addictive behavior or potential. 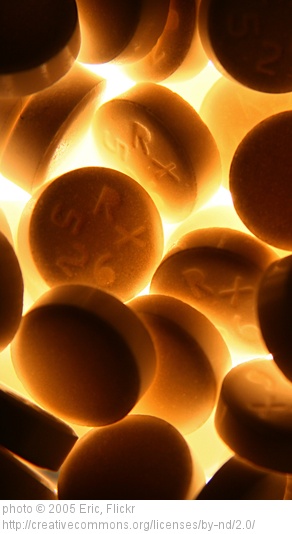 Behind the statistics, of course, are stories—stories of people losing themselves to addiction, stories of the heartbroken loved ones left behind when addiction leads to death. Just this week, I read two such devastating stories. On the Huffington Post, Katie Allison Granju wrote about the public health “emergency” of prescription pill overdose, and wondered why drug suppliers are less likely to be prosecuted for homicide resulting from overdose if the victim was an addict, as her late son was. Over on Momastery, Glennon Melton wrote a gut-wrenching diatribe, in which she revisited her own alcoholic history after hearing from a reader whose sister died of a prescription pill overdose.

These are awful stories. Having married into a family with more than its fair share of tragedy linked to substance abuse, my heart breaks for those who have lost loved ones, first to the mess and lies of addiction, and finally to death.

But I’d like everyone who reads these stories, and other media alarms about the prescription drug abuse epidemic, to understand that there are other stories about prescription painkillers. Stories of life, and not death. Stories like mine.

When I was eight months pregnant with my third baby, I tore the meniscus (cartilage) in my knee. While I didn’t know it at the time, that knee injury was the beginning of a life with chronic pain. Six years later, at age 44, I have severe arthritis, along with regular soft tissue injuries affecting ligaments, tendons, and muscles—all fundamentally stemming from my genetic bone disorder, osteogenesis imperfecta (OI).

Surgery to repair my meniscal tear was only minimally successful, and near-constant knee pain, along with increased pain in my other joints, became my new normal. I went to a physiatrist, a doctor specializing in physical rehabilitation, looking for exercise or physical therapy recommendations. While he supported (and continues to support) any efforts I make to shore up my health, my doctor concluded that I was a logical candidate for ongoing use of opioid pain relievers. No amount of exercise or therapy, he reasoned, was going to undo the damage from living my whole life with a weakened, crooked skeleton.

I’ve been using opioids, under the direction of that same physician, for six years now. It has not always been an easy road. A number of times, I used a month’s supply of medication in less than a month, not because I was taking pills to get high, but because the pills weren’t doing their job. I took extras to try to get on top of the pain. When I ran out before I could get my next script filled, I would go through withdrawal, which occurs due to physical dependence, not addiction. Addiction involves physical dependence combined with other factors, such as compulsion and lack of control. Withdrawal feels like having the flu—nausea, fatigue, aches. But whereas if I got the flu, I would lie down and find help to care for the kids, I was too embarrassed to ask for much help whenever I dealt with withdrawal. So I’d tough it out, confiding only in my husband. And then the next time I went to see my doctor, I’d tell him that the doses and medications he was prescribing weren’t working, so we could problem solve together.

My doctor tweaked doses and medications over and over until finally, earlier this year, we settled on a combination therapy, including both opioid and non-opioid pain relievers, which together provide good-enough (not always complete) pain relief. I no longer run out of medication before my next prescription is due. Periodic withdrawal episodes are a thing of the past.

And I am frustrated with how increasing public and regulatory awareness of prescription drug abuse is making legitimate opioid therapy harder for  patients like me and our doctors. The “epidemic” outcry is not adequately balanced by concern for legitimate doctors treating patients for legitimate pain. My doctor has stopped taking on new patients needing pharmacological therapy, because managing these increasingly regulated prescriptions (along with ferreting out abusers) requires an inordinate amount of time and effort for him and his staff. Despite a supportive and skilled doctor, I have also dealt with overzealous, underinformed medical providers. For example, a new  pharmacist at the drug store where I’ve gone for years seemed determined to do everything in her power to make it hard for me to get my meds every month. One weekday morning, I was the sole customer at the pharmacy counter, and she told me I’d have to wait an hour. When my doctor allowed me to refill a prescription two days early to accommodate my vacation, this pharmacist insisted on calling him to verify his (already crystal-clear, completely legal) instructions…and then put my prescription aside. When I returned later to find she hadn’t even called him yet, I took my prescription back and brought it to another pharmacy, where they filled it in 10 minutes…with a smile even!

Stories like mine, of people living full and successful lives with daily opioid therapy, rarely make it into the news. Instead, time and again, I open some supposedly trustworthy news source to find hyperbole and misinformation. Most articles that mention the rising rate of overdose deaths fail to also mention that many fatal overdoses involve prescription painkillers taken along with other potent medications and/or alcohol—something that a person on legitimate opioid therapy knows not to do. A Time magazine article several years ago seemed to imply that middle-aged folks, with our aches and pains and routine surgeries, can turn into raging addicts after popping a few pills, referring to post-surgical pain prescriptions as “little opioid starter kit[s]” that “pickle” the brains of “users.” An article in the women’s magazine More featured a headline warning about women becoming addicted to opioids taken for migraine relief. The article, however, failed to profile a single addicted woman. Rather, it profiled women who had become physically dependent and/or tolerant of opioids (that is, they required higher doses to achieve the same amount of pain relief), but not addicted, and for whom opioid therapy was likely not the most effective therapy. A promising New York Times article last spring looked at how laws requiring closer scrutiny of long-term painkiller use might rob legitimate patients of their best hope for pain relief. Ultimately, however, the article focused more on the opinions of medical authorities intent on limiting access to these drugs, rather than on how such limits might affect people who rely on them.

Taking prescription painkillers long-term has helped me better understand the allure of addiction’s empty promises. When I was in the throes of sickening withdrawal symptoms coupled with untreated pain, I sometimes thought, “I would do anything to feel better.” Because my physical dependence was not a compulsive, uncontrolled addiction, however, I didn’t. I didn’t lie to my doctor, saying that I accidentally dropped all my pills in the toilet and needed a new supply. I didn’t head down to the high school parking lot to find some kid who would sell me his grandma’s leftover Oxycodone. Instead, I took lots of Advil, drank lots of water, napped during the day when I could, and then told my doctor what was going on. But I understood a bit better what might drive someone to do risky and stupid things, because they feel desperate to do something, anything, to feel better.

And I won’t pretend that I don’t notice the mild euphoria that comes with opioid use—the way a fresh dose smooths my rough edges and improves my mood. I don’t take medication because it makes me feel nice, but I appreciate feeling nice nonetheless, the way I might appreciate a medication with a side effect of making weight loss easier, even if I wasn’t taking it to lose weight. So I understand a bit better how an addict might justify their risky and stupid behavior, because their substance of choice smooths the rough edges and makes it easier to cope with life’s ups and downs. For a little while at least, until it doesn’t anymore.

I don’t want it to be easy for my kids, or anyone else’s kids, to get their hands on potentially dangerous medication, to be tempted by addiction’s empty promises. I support efforts to make it harder for people to obtain prescription painkillers for recreational use, and for unscrupulous doctors to enable addicts. But I also want to make sure that, as we talk about the best ways to limit prescription drug abuse, we include stories of people like me alongside stories of addiction, cheating, overdose, and death.

I take prescription painkillers every day, but I am not an addict.

My pain does not stem from a discrete injury that can be fixed by surgery or therapy, but from a lifetime of injuries, abnormal gait, and bones and muscles not quite working the way they are supposed to.

While I am conscientious about making good choices for my overall health, there is no diet, supplement, superfood, or exercise that can do for me what an adequate dose of opioids does for me.

My medications don’t make my pain disappear. But they lessen it enough that, most of the time, I can give my attention to what’s important to me rather to that nagging ache in my back or shooting pain in my knee. Prescription painkillers allow me to live a full, energetic life, to care for three children, to nurture a marriage, to clean and cook, to swim and hike and garden.

And because of all they do for me, I am afraid. I am afraid of what will happen to me and people like me if regulators insist on making painkillers less available to everyone, instead of seeking ways to thwart addiction and negligent doctors while still making valuable medications available, without stigma or hardship, to those who benefit from them.

September 4, 2012
The Life and Death of My Tattoo: Postscript
Next Post