As always happens when conflict and controversy and hurt feelings come gushing forth from the normally tame river of words that constitutes my writing life, I have done a lot of thinking in the past few days. I have been thinking about what I wrote and what I meant, about when to speak up and when to shut up, about all I don’t know and the colleagues and friends whom I am so lucky to know. I have promised to say no more publicly about this week’s kerfuffle. But I would like to share some conclusions that this week’s events, along with years of experience as a blogger and author, have led me to regarding blogging and the assumptions that both writers and readers bring to it. 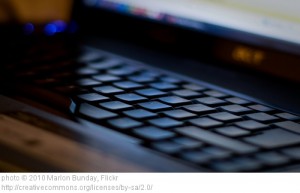 These are my  5 Truths About Blogging (IMHO, for me, based on my experience as both blogger and avid blog reader, and on umpteen conversations I’ve had with colleagues in the blogosphere, and which I believe hold true for many other bloggers as well):

When a blogger writes about his/her own opinions and experiences, that is not de facto narcissism (though, of course, it can be). Many readers flock to memoirs and blogs that offer them a glimpse into writers’ homes, kitchens, good and bad parenting moments, wrestling with theological and moral issues, pet peeves, marriage troubles and triumphs…and more. Readers love writing, in other words, that is personal, in which the writer bares some of his or her soul. I don’t write (or read) much academic theology, parenting how-tos, disability studies, or spiritual advice. I do write (and read) books and blog posts in which the writer’s personal experiences and musings on theology, parenting, disability, and the spiritual life invite readers to reflect on their experiences and perhaps add their musings to the conversation. Writing about the self—even writing about the self often, and in depth, and with detail—is not narcissism. It is (or can be) good writing that engages readers with honesty and a measured vulnerability. Writing that is truly narcissistic and self-absorbed will fail, because the writer will fail to move beyond his or her own perspective to invite readers to reflect on theirs. Any blogger with a decent audience, who regularly elicits interaction with readers other than his/her mom, best friends, and the creepy dude from high school who has nursed a crush all these years, is probably managing to write about the self without falling into narcissism. Do we sometimes pen a post that is narcissistic? Sure. Sometimes I finish a piece, read it, and immediately trash it when I realize it was a load of self-absorbed nonsense. Sometimes I post something and no one responds, which is a strong indication that I failed to write something that speaks to anyone but me. But quality writing about the self is capable of reaching out and pulling readers in.

When a blogger responds to a post by another blogger, that is not de facto bad manners (though, of course, it can be). At its best, the blogosphere is one gigantic conversation, in which someone writes something, others write something else in response, and so on. This is fundamentally a good thing and, as one colleague put it recently, “what makes the Internet go ’round.” Any blog post written for public consumption is a reasonable focus for another writer’s response written for public consumption. This dynamic is fundamentally different from, say, writing a public response to private correspondence (which I once did long ago and, though I had my reasons, probably shouldn’t have), or critiquing the awkward family photos posted by your sister-in-law on her password-protected blog meant for family only. And yet, every time one blogger’s response to another blogger’s post gets more than the usual amount of attention (including when the conversation involves much bigger-name bloggers than me) someone pipes up and says,”Why do you have to air your differences so publicly? Why not correspond privately? This is just not very nice.” To the contrary, many bloggers welcome public responses to what we have written, even if the responses are somewhat critical. Let’ s be honest—responses drive more traffic back to what we’ve written. And given that blogging is a job—a job that helps pay the bills either directly (we get paid by page views) or indirectly (we blog to support an author platform in order to sell books, secure paid speaking engagements, etc.)—more traffic is almost always good. Particularly if we have written with diligence and care, and are therefore confident that our work is high-quality, even if not everyone agrees with it.

When a blogger expresses a strong opinion in writing, that is not de facto cowardice (though of course,  it can be).  When online conversation gets heated, someone inevitably accuses those participating in the conversation of “hiding behind your keyboards.” The assumption here is that we are choosing the “easier” medium of writing over the “harder” medium of speaking directly to the person with whom we disagree. This accusation is based on a ubiquitous truth—there are many, many people who write things online that they would never, ever say in person. However, I think it’s fair to say that this phenomenon is most apparent in comment sections where people are often, though not always, writing without revealing their identity. I think it’s also fair to say that any blogger who has achieved some success (again, success being a regular, committed readership beyond the people who would bring you chicken soup when you are sick) does not regularly post this kind of cowardly vitriol. If we did, we would rapidly alienate sensible readers and be left with a skewed audience of like-minded vitriol addicts—which is unlikely to land anyone a book contract, a paid blogging gig, or speaking invitations (at least not to the kind of conference that nice people would want to attend). Writers use our keyboards to share our opinions because we are writers, not because we are cowards. I have to wonder whether David Brooks, Andrew Sullivan, Anna Quindlen, or Ariana Huffington have ever been told they should Stop hiding behind your keyboards and just give Barack Obama or Sarah Palin or Terry O’Neill or Wayne LaPierre a call or shoot them an e-mail to share your criticisms of their viewpoints!

When a blogger engages in criticism of other writers’ work, that is not de facto bullying, attacking, envy, or insult (though, of course, it can be). Criticism of the blog posts, books, films, ideas, and movements that affect our culture or some subset of it is a normal part of the blogger’s job description—but not because we enjoy making fun of other people. Rather, we are part of a long tradition of cultural criticism that encourages people to take another look at the assumptions or stories or arguments that people take for granted, to consider a different perspective, or take note of flaws that haven’t been widely discussed. We are, of course, human. Our opinions are just our opinions. We will certainly disagree with other critics and observers. We may occasionally get something really wrong because we misinterpret, or allow personal feelings about the person whose work we are criticizing too much sway. I aim to be a writer who raises questions about widely held assumptions, who points out nuance and complexity on topics where oversimplification and dualism run rampant, who speaks up when I read something that doesn’t ring entirely true. I do that imperfectly. While I feel confident that most of my work is positive and fair, I can overuse sarcasm, bluntness, and misdirected humor with the best of them. But writing a critical post about another writer’s ideas has most frequently led to fruitful conversation with that writer—something I continue to hope for any time I question another writer’s ideas.

When a commenter leaves a harsh comment on a blog and returns later to apologize, that is….amazing. That is unusual. That is sheer grace. That happened several times this week, and I am blown away. I still dislike comment sections and hope we bloggers come up with a better system for receiving reader feedback some day. But to be on the receiving end of such graciousness on the part of strangers this week has been a surprising means of grace. I am grateful.

June 18, 2013
Have One Child or Many, Just Don't Plan on Getting What You Expect
Next Post

June 21, 2013 [Snapshots from Oak Ridge] It Bloomed After All
Recent Comments
0 | Leave a Comment
Browse Our Archives
get the latest from
Ellen Painter Dollar
Sign up for our newsletter
POPULAR AT PATHEOS Progressive Christian
1