After reading Kate Taylor’s New York Times article on the culture of casual hookup sex at elite colleges, I had to fight the urge to call my two daughters into the room issuing dire warnings of the world that awaits them in college. The world Taylor describes, in which driven young women drink their anxieties away and have sex with young men whom they don’t necessarily even like, is one my daughters are likely to inhabit one day—a prospect that is troubling, edging toward terrifying. But it’s not the culture of rampant no-commitment sex that troubles me most (although aspects of that culture are indeed troubling). I am most disturbed, rather, by the culture of achievement at any cost that leads smart women to choose casual sex over emotionally invested relationships.

Taylor describes a world at elite universities (she focused on Princeton and Penn) in which women are hyper-focused on what they must do to become successful:

Keenly attuned to what might give them a competitive edge, especially in a time of unsure job prospects and a shaky economy, many of [the women] approach college as a race to acquire credentials: top grades, leadership positions in student organizations, sought-after internships. Their time out of class is filled with club meetings, sports practice and community-service projects. For some, the only time they truly feel off the clock is when they are drinking….

Drinking is the only way that single-minded students can get out from under the pressure to achieve. That pressure is relentless, and women perceive traditional romantic relationships—requiring time, flexibility, and compromise—as a hindrance to their school and career success, the equivalent of adding an additional class to their already packed schedules. And there is no guarantee that such an investment will pay off in the long run; the relationship might not last. For the highly driven women profiled, the benefits of a committed relationship pale in comparison to the potential havoc it could wreak on their trajectory of success. 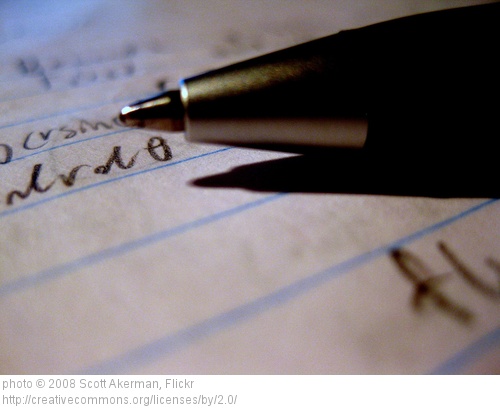 Leaving aside for a moment the physical and emotional risks of getting drunk and hooking up, should we at least admire these young women for their focus and drive? Given that girls in some parts of the world risk their lives just to attend elementary school, we are lucky to live in a society in which women can attend elite colleges and aspire to professional careers. But when the desire to achieve leads women to drown their anxieties in alcohol and engage in risky sexual behavior, that desire ceases to be an indicator of feminist power and equality. A single-minded focus on achievement at any cost is not always smart or admirable, and doesn’t always lead to a fulfilling life. The ethic of achievement can carry steep costs, and not just for a young woman who finds herself sobering up in a dorm room with a young man who expects sex even if she’s no longer interested.

By the time they get to college, many bright young women (and their male counterparts) have spent 18 years absorbing an “achievement at any cost” ethic that pervades American culture—or at least the part of that culture inhabited by people who can afford technological and educational tools that promise to enable success, and the fulfillment that supposedly comes with it.

The “achievement at any cost” ethic is apparent, for example, in conversations around reproductive technologies such as pre-embryonic genetic screening and prenatal blood tests, which allow expectant parents to avoid giving birth to a child with a genetic condition, such as Down syndrome. While there is ample evidence that children with Down syndrome (and other conditions) can live happy and fulfilling lives, having a child with DS is still widely seen as an avoidable tragedy. The condition is perceived as tragic in part because it can cause cognitive limitations that might prevent affected people from going to college and getting professional-level jobs. Instead, the common argument goes, they will become “burdens” on their families and their communities. Many see a life in which certain types of achievements are unlikely—the educational and professional achievements that young women at Penn and Princeton strive toward—as a life not worth living. Both medical and popular culture encourages parents to use increasingly sophisticated technologies (some of them expensive and invasive, all of them fraught with troubling ethical and emotional questions) to avoid such a fate for them and their child. Achievement at any cost.

As my oldest daughter approaches high school, I am bombarded with war stories from other parents. Get ready, they say, to lose your child to the time- and energy-sucking whirlwind of our town’s highly rated public high schools. Your child, they warn, will be expected to pack her schedule with AP and honors courses, and to forgo lunch to make room for even more classes. Hiring tutors for help with rigorous AP classes is the norm, as is staying up until midnight or later to finish homework. And if your child wants to get into a good college, she will need to keep up with her music and art and sports and volunteer activities. Your child will be exhausted, of course, and you will rarely see her. While statistically, it’s not clear whether teens today are significantly busier than ever before, many bright, conscientious kids carry around hefty loads of anxiety and fatigue. Achievement at any cost.

Do the eventual fruits of achievement-oriented decisions make short-term difficulties—expensive genetic screening, overtired teenagers, alcohol-saturated hookups—worth it? Not necessarily. Having a high-powered six-figure job is no guarantee of happiness. Nor is having perfectly healthy children or a 4.0 GPA. The young women profiled in Taylor’s article don’t come across as particularly happy in the moment nor all that excited about the future that their hard work is meant to ensure. Their lives are awash in anxiety, over job prospects, the investment of emotional energy required by romantic relationships, and what they might be missing in prioritizing career over personal life. No wonder they drink so much.

Achievement, of course, doesn’t necessarily require the ruthless single-mindedness practiced by students at Princeton and Penn. And the benefits of achievement can be significant. I certainly enjoy the material comfort afforded by my husband’s professional-level job at an Ivy League university. I know firsthand that living with a genetic condition (a bone disorder that I and my oldest daughter have) can be hard, and that parents’ use of prenatal screening tools is often driven more by a compassionate desire to lessen suffering than a calculated plan to produce high achievers. My kids are lucky to have access to top-notch public schools where they can take advantage of AP classes and many extracurricular choices.

But I also know firsthand the unmatched benefits of having a solid marital relationship at the center of one’s life, of having a loving home to which spouses and children return after the hard work of the day is done, assured of a welcome that is not contingent on achievement.

The striving women at Penn and Princeton are right about one thing: nurturing relationships is hard, time-consuming work. But the work brings returns far more valuable than fancy titles or big paychecks. Drunken one-night stands, in contrast, just lead to waking up facing the same overwhelming work load and anxiety that were there the night before, but with a hangover, and possibly a few regrets.

July 18, 2013 I am Pro-Choice, But Jezebel Does Not Speak for Me
Recent Comments
0 | Leave a Comment
Browse Our Archives
Related posts from Ellen Painter Dollar