How the Internet is Killing the Book Review

Now that I own a Kindle, my ever-raging thirst for new reading material can be assuaged with a few finger swipes. Because I have wide-ranging taste and am relatively choosy about which books earn the swipe, I rarely regret a purchase. But last week I regretted not only buying a particular book, but also the time I invested in reading it. The book was a memoir, written by a non-writer with some help from a published author, with a highly compelling story at its center. I bought the book after it was mentioned favorably on several blogs and Facebook feeds, including some by writers whose work I admire.

The story was indeed compelling, but the writing was not. I’m not talking about writing that was good but just not to my taste. I’m talking about dull, predictable, repetitive writing. I’m talking about scene after scene that did nothing to move the story forward. I’m talking about imprecise language, such as the author’s penchant for using the word “emotional” as a stand-in for every…well…emotion the author felt (as in, “I got emotional when I thought about…”). I’m talking about far too many unnecessary details in many scenes, and not enough details in others.  (I inferred that this lack of detail was often due to the author’s not wanting to share sensitive information about other people. This is a worthy goal, and one that a more skilled writer could handle without leaving the reader frustrated by getting snippets of tantalizing information that are never developed.)

I finished the book, hoping that the “page turner” I had read about on other people’s blogs would be revealed. It never was. I googled the book title to see if I had misread all those great reviews, or if the good reviews were  outnumbered by reviews that noted the same weaknesses that I did. Nope. All I found was gushing review after gushing review.

That’s when I realized that the Internet is killing the book review. 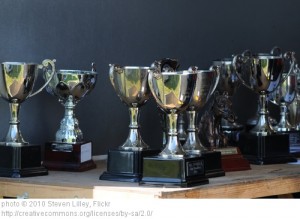 That the Internet democratizes the giving and receiving of opinion is usually a good thing. For example, with Yelp I can vet nearly any restaurant (even a local pizza joint or deli) by reading reviews by regular diners like me. In pre-Internet days, only select restaurants would be reviewed by professionals whose palates were more sophisticated than mine (and who might not mention whether arriving with a toddler and his sippy cup will lead to evil stares or a warm welcome from a waiter with clean high chair in hand). But the democratizing of book reviews, such that even self-published and low print-run books published by small presses can garner dozens of reviews by promoting “blog tours” or sending copies to readers with the expectation that they will post an Amazon review, has led not to better information for readers, but to a preponderance of inaccurate gushing.

Perhaps the gushing is due to people feeling obligated to say nice things about a book they got for free. Perhaps it’s because publishers and authors often send review copies to writers and bloggers with whom the author has a relationship, which makes it awkward for the recipients to say anything negative. Some of it, of course, is due to differing tastes. I’m sure that some of the folk who gushed over the book I didn’t like really did love it. Is it reasonable for someone to love a book because it had a compelling story at its center, even if the writing wasn’t very good? Sure. Is it reasonable for a reviewer to say a book is a wondrous page turner that deserves a wide audience when it’s poorly written? I don’t think so. I’d bet that most people who review books professionally—that is, people selected by editors to review books because an editor has faith in their judgment of what good writing looks like—would agree that terrible writing ought not be trumped by an interesting story. But professional book reviews are few and far between for small-run and independently published books that can easily rack up dozens of online reviews by casual bloggers and Amazon users. So a book like the one I just read, which was self-published and is only getting reviewed by self-selected online reviewers, garners effusive review after effusive review, and readers like me who take those reviews at face value waste our money.

One way that less formal online reviews differ from professional reviews is that Internet book chatter is often personal to an extent that formal book reviews usually aren’t. As I mentioned previously, authors frequently rely on friends and professional acquaintances for reviews. In my online writers’ group, we recently strategized about how to honestly review a book by someone whose feelings you don’t want to hurt because you both write for the same publications or will be on the same panel at an upcoming writers conference. (Hint to readers: If a book review is mostly plot summary and/or is more about the reviewer’s experiences that relate to the book topic, rather than the book itself, the reviewer probably didn’t like it but doesn’t want to come out and say so.) I once asked a writer friend whom I respect a great deal why she gave such effusive praise to a book that featured confused arguments and botched grammar. My friend said she admired the author’s intentions and wanted to support the good that the author is trying to do in the world. I imagine that same desire, to support an author’s good intentions, lies behind much of the praise for the memoir I recently read and disliked. But isn’t it possible to support and praise someone’s noble intentions without praising a book that doesn’t deserve it?

The personalizing force of online reviews also means that anyone who pens a critical review—even if the criticism is mild—can expect a backlash from readers crying “unfair!” I recently reviewed a book that I thought was well-written but not outstanding. I explained why in the review. I got several irate comments, including one from someone representing the book’s publisher (!). I was apparently not merely wrong, but also jealous because someone else wrote a book that is better than mine. In the overpersonalized world of online book reviews, any negative critique of a book is suspected to arise from the reviewer’s warped psyche, rather than his or her actual knowledge of what good writing and good books look like. (To her credit, the author of the book I tepidly reviewed did not comment publicly, and thanked me privately for the criticisms, saying she will keep them in mind as she writes her next book. As my first editor drilled into me, it’s rarely a good idea to respond to a negative review of one’s work. My correspondence with that author was a lovely caveat to an otherwise unsavory episode.)

I love books. I want books to be praised because they are excellent, not because the author’s life story is interesting or the author is well-intentioned or the author knows two dozen bloggers who are willing to say nice things. I want my own work to be praised because it deserves praise. Criticism is hard, really hard, to hear and graciously accept—but it’s also absolutely necessary to a robust, long-term writing career. Talented authors and excellent books will sometimes be unfairly criticized. But well-informed, honest book reviews are good for authors and for readers. When we write (and share and become influenced by) gushingly positive reviews of a book that doesn’t deserve them, we may make an author’s day, but we are failing to help him or her build a sustainable writing career. I recall one first-time author whose friends penned lavish review after lavish review. When a formal review pointed out the book’s muddled thinking, she was utterly baffled, asking, “Why did no one tell me about these problems before now?” What we have is a kind of grade inflation* that fails to tell some writers that they need to work harder and get better, and fails to reward other writers whose work is truly excellent but is devalued by an overabundance of five-star reviews.

I think of those American Idol contestants who sing their heart out for the judges, only to be told bluntly that a singing career is not for them. “But….” they cry, “my family and friends are always telling me what a great singer I am!” Just as with singing, writing that pleases your mom or your spouse or your friends is not necessarily great, publication-worthy writing. A story that makes for inspiring vignettes to share around the dinner table or in a sermon doesn’t automatically make for an excellent book. Readers always deserve the very best, most honest writing we can give them. That’s true when we’re writing a book, and it’s also true when we’re reviewing other people’s books. Writers owe it to one another, and to ourselves, to reserve our highest praise for truly excellent work.

*With thanks to my friend Karen Swallow Prior for the grade inflation analogy.

Author’s Note: I have deliberately left out titles of and links to the books and reviews to which I refer in this post, because I do not intend this post to discredit particular books or authors.

March 25, 2014 What Happens When We Pray
Recent Comments
4 Comments | Leave a Comment
Browse Our Archives
Follow Us!