“Why don’t you just adopt?” is the wrong question to ask infertile couples. Here’s why.

“Why don’t you just adopt?” is the wrong question to ask infertile couples. Here’s why. April 22, 2015 Ellen Painter Dollar

In honor of Infertility Awareness Week, I’m reposting this piece, originally published on Amy Julia Becker’s blog in 2011 (when it was hosted by Patheos). My friend Rachel Stone also has a post at Sojourners this week on infertility and the role of the church.

Thirteen years ago, my husband and I went through an emotional, expensive, ethically fraught attempt to conceive a child via preimplantation genetic diagnosis (PGD, which is IVF with the added step of genetic screening of fertilized eggs). We wanted a biological child who would not inherit my genetic bone disorder, osteogenesis imperfecta (OI). Our first child inherited OI, which causes frequent broken bones, and we hoped for a healthy second child. Our IVF/PGD cycle failed and we went on to conceive two more children naturally, neither of whom inherited the disorder. 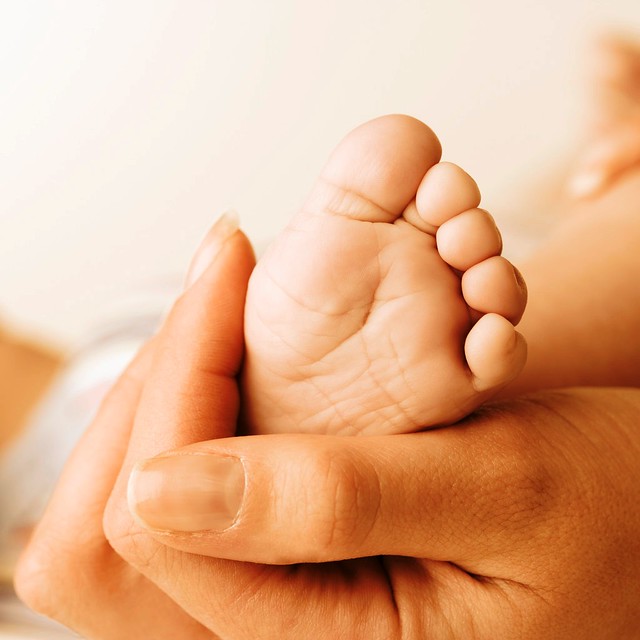 The ethical, theological, and emotional conundrums of reproductive technology have since taken center stage in my writing work. I read every account I come across of people who have used or considered assisted reproductive technology to have a child. Inevitably, readers point out—some more kindly than others—that the world is full of needy children who could thrive in a loving family. Given the fact of such children’s existence, and the expense, moral quandaries, and risks involved in assisted reproduction, readers ask, “Why don’t you just adopt?”

In some ways, it’s a reasonable question, especially given the stories that pop up now and again of people going to ethically questionable lengths to have children via assisted reproduction—a grandmother serving as gestational surrogate for her own IVF-conceived grandson, Western couples hiring low-income Indian women to gestate their babies.

Adoption is not simple. As with assisted reproduction, adoption is a complex and emotionally fraught process. With both adoption and assisted reproduction, prospective parents confront questions and assumptions—about why they want children and how they will raise them—that those who conceive naturally do not. No one responds to a couple’s pregnancy announcement by asking, “Why didn’t you just adopt?” No one did a home study of me and my husband before we brought our firstborn home from the hospital. And while all parents must ultimately accept the heart-stopping uncertainties of raising children, adoptive parents have to confront much uncertainty up front, as they agree to abide by others’ timing and enter high-stakes relationships with birth parents, foster parents, and various agencies.

Adoption can be expensive. International adoptions, as well as private domestic adoptions, can cost tens of thousands of dollars, the equivalent of several IVF cycles. Although adopting through state agencies can be less expensive, the pool of healthy infants is small. Some parents-to-be are eager to adopt an older child or one with special needs, but some are not. (And I’ve noticed that adoptive parents whose kids have special needs are often the first to say that parents should only take this step if, after careful consideration, they are certain it’s the right one for them.) While adoptive families figure out how to make the finances work (by, for example, taking out loans, doing fundraisers or securing grants), adoption usually requires a significant financial investment.

Needy children are not the same as adoptable children. Read a newspaper on any given day, and it is obvious that there is no shortage of needy children. But that does not directly translate into an abundance of adoptable children. Some adoption experts, for example, discouraged the altruistic desire of some Americans to adopt orphaned Haitian children after the 2011 earthquake, arguing that these traumatized children most needed to receive aid within the communities they knew, in the care of extended families whom they loved, and vice versa. When well-meaning people wonder why people go to great lengths to have a biological child when there are so many children in need of a healthy, loving home, they are conflating two separate phenomena—the sadly commonplace reality of children who are desperately poor, neglected, orphaned, or abused, and the much less common situation of children who have been relinquished by their birth parents and are available for adoption through legitimate avenues.

Wealth and poverty complicate adoption. In his book Pursuing Parenthood, theologian Paul Lauritzen identifies a “myth of unwanted children,” writing that “even to talk about ‘unwanted children’ may be misleading in situations where a woman is relinquishing a child not because she is unwilling to care for her child, but because she is unable to do so. . . . To speak about ‘unwanted children’ is to fail to take seriously what is perhaps the most compelling reason women relinquish children, namely, poverty.” The blurry line between “I don’t want my child” and “I can’t care for my child” raises some moral questions. There is potential for exploitation when desperate parents relinquish their children and better-off parents are looking for children to adopt. This is not to say that adoption is necessarily exploitative, but neither is adoption always a clear win-win solution for needy children and people who long to become parents.

Adoption is one way to become a parent, not an act of selfless heroism. Those who dismiss the desire for biological children as selfish (particularly if assisted reproduction is involved), while holding up adoption as selfless, diminish the powerful forces—biology, emotions, circumstances, vocation—that influence people’s decisions about whether and how to create a family. One friend, the mother of two sons through adoption, admits that it bothers her when people say her boys are “lucky” or that she and her husband are “heroes” for adopting them. From her perspective, “All we did was create a family!” People pursue parenthood for many reasons, conscious and unconscious, selfish and noble. Good parenting requires a large dose of selflessness, whether one’s children are adopted or biological. Christians are called to consider family-building decisions in the context of our faith, God’s call on our lives, and God’s intentions and desires for how we are to use our resources. My friend who adopted two boys did so not because she was infertile, but because she and her husband sensed that God was leading them toward adoption.

Adoption involves loss. Paul Lauritzen put it succinctly: “We must face the fact…that every adoption involves loss.” Today, more often and more openly, adoptive parents are addressing the painful losses their children experience—loss of family history and identity, loss of early relationships. Children adopted from other countries, for example, often spend their early lives with foster parents who are the only mothers and fathers these children know before they are taken by adoptive parents to an entirely new place and culture. Adoption brings with it no small measure of grief for children and the families into which they were born and by whom they are adopted.

In the end, while my genetic baggage gave us plenty of difficult childbearing decisions to make, my husband and I had no trouble conceiving. If we had, could we have overcome our deep desire to have biological children? Probably. Eventually. But we would have had to reach that point in our own way, allowing time to grieve the experience of bearing biological children and adjusting our vision of how our life with children would come about. We would not have been convinced to take a completely different route toward parenthood by someone asking the overly simple question: “Why don’t you just adopt?”

*This blog post is adapted from my book, No Easy Choice: A Story of Disability, Parenthood, and Faith in an Age of Advanced Reproduction (Westminster John Knox, January 2012).

April 7, 2015
A Blog Series on Contraception Illustrates What’s Broken in the Blogosphere…and How We Might Begin to Fix It
Next Post