Get updates from El Puente delivered straight to your inbox

Trump, Jesus, and a Dad’s Disappointment

Last weekend I met my friend’s Dad during a party here in San Antonio. He is retired and possesses the wisdom that comes with age. He is a proud San Antonian and Mexican American. When he found out that I am a theologian we started having a conversation, to my surprise, about the primaries. When I asked what he thought about them, he said that he doesn’t get it. He doesn’t understand how so many folks can vote for a man like Donald Trump to be their party’s candidate. His tone and gaze betrayed not so much a sense of indignation but rather one of disappointment, which he summarized in a powerful way. How is possible, he asked, that so many people can prefer to follow the broad road rather than the narrow one? (He referred to Matthew 7:13-14.)

I’ve been unable to write about Mr. Trump’s candidacy because I couldn’t find the right words. My friend’s Dad helped me find them. He also helped me understand a perception that others in San Antonio had shared with me. On the one hand, there’s the sense of indignation that Mexican and U.S. media (ABC, CBS, NBC, Fox, and Univision) correctly identify as directed against a man who classifies most Mexicans—and by extension their U.S.-born descendants—as rapists.

Nonetheless, that sense of indignation is only part of the story. People in the community are sharing a sense of disappointment at the fact that fellow citizens are wiling to elect someone who rejects Hispanics in general and Mexican-Americans in particular as their fellow Americans. Donald Trump and his supporters, it seems, deny the civic ties that bind us. How is it possible that a nation that understands itself to be Christian, noble, and good, is considering electing someone who acts in such a way towards his fellow citizens, his neighbors?

The Gospel of St. Matthew that my Dad’s friend shared sheds some light: “Enter through the narrow gate; for the gate is wide and the road broad that leads to destruction, and those who enter through it are many. How narrow the gate and constricted the road that leads to life. And those who find it are few. Beware of false prophets, who come to you in sheep’s clothing, but underneath are ravenous wolves.” (Matthew 7:13-15)

We find these words nearly at the end of the Sermon on the Mount, during which Jesus teaches that following him implies living in light of the Beatitudes, hard as that may be. We find them after the Our Father, a prayer that Jesus taught us so that we may receive the grace that we need to practice the beatitudes in our daily lives. I find these words to be challenging because they invite us to be humble and careful. Being Christ’s disciples does not imply a spontaneous ability to lead lives that are in line with the constricted road that leads through the narrow gate. Being American Christians does not give us an instinctual ability to distinguish false prophets—or leaders—from true ones. A leader pursues the common good of his or her people without sowing hate and fear against some of its members.

Being Christ’s disciples does not imply a private, individualistic calling. Being one involves living that calling as part of our families and our communities, with all our heart, all our soul, and all our mind—with our entire being—even in the public square. From that perspective, discipleship implies electing leaders who pursue the common good in a manner that leaves us all free to live according to the beatitudes, day in and day out.

I understand that multiple political and community leaders are worried about the wounds and divisions that they will need to heal after the elections. Even so, we should not lose sight of the work that awaits our pastoral leaders, especially our bishops. They will need to heal the wounds that this election season is causing inside the Church. Their work may well be more important. We need to be ready to help them out. 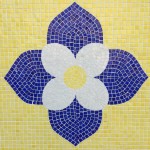 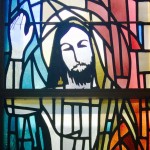 No, God Did Not Send Coronavirus...
On the Catholic Beat
Related posts from El Puente 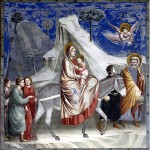 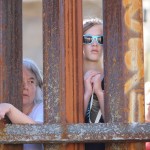 Holy Thursday
We are meant to feel that his life was in that sense...
view all Catholic blogs
What Are Your Thoughts?leave a comment
Copyright 2008-2020, Patheos. All rights reserved.