Faith in the Fog: Science, Atheism and the Search for Proof 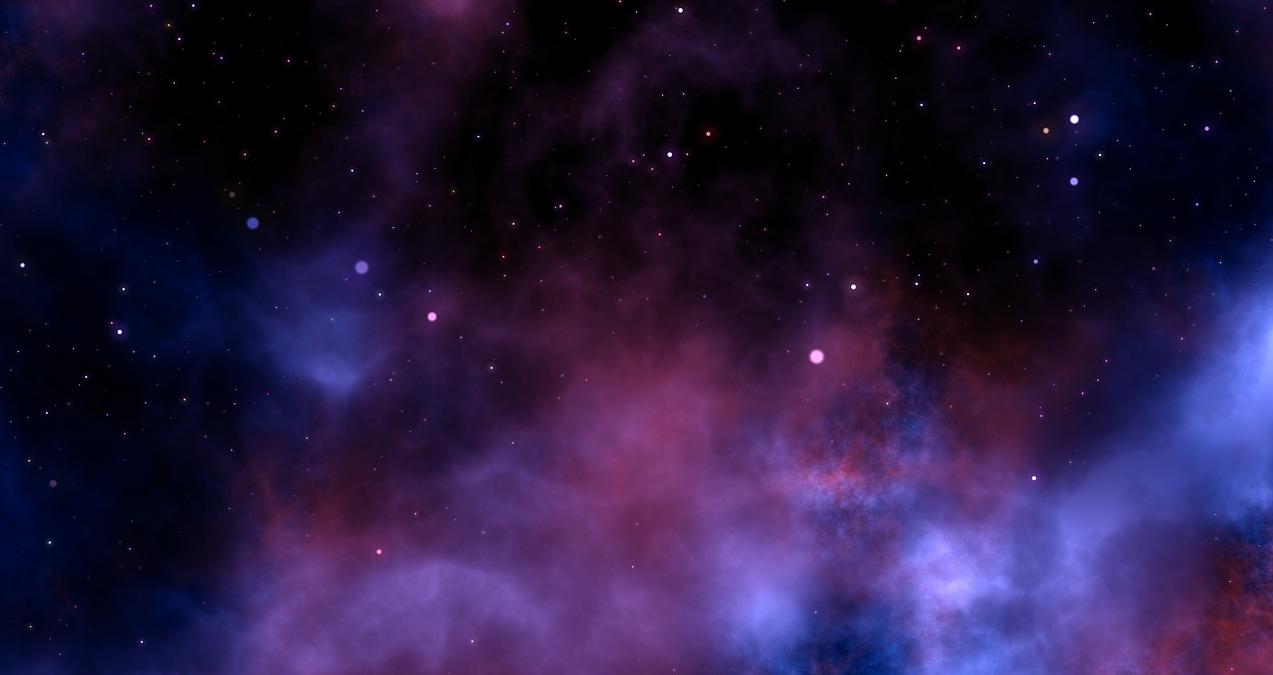 This is Part 2 of my ‘Faith In The Fog’ series on my experiences with doubt, skepticism, mental health and forging a different kind of faith.

< Part 1: Surviving as a Skeptical Christian

Part 3: Faith in the Fog: Making Peace with the Messiness of the Bible >

The Fear of Science

One of the biggest steps towards learning to deal with my own crippling skepticism has been to convince myself that Christianity is not irrational.

Deep down I had always feared that if I thought too deeply or learned too much about science, this faith that brought hope and meaning to my life would eventually be exposed as wishful thinking, no more credible than an ancient myth or fairy tale.

You know what I’m talking about.

That nagging suspicion that if the beliefs at the centre of our faith were examined under a microscope for too long they might disappear into nothing, revealed to be unfounded and delusional.

In its more extreme forms, this fear of science leads some Christians to make absurd claims about the historical and scientific accuracy of Biblical texts. They fear that if even one aspect of their belief system is proved to be false, the whole thing might collapse. In the eyes of these Christians, scientists must be either deluded or evil, deliberately trying to distort the truth.

My fear of science came in subtler forms. For example, it concerned me that spiritual experiences and ‘answers to prayer’ could be explained away by psychology and neuroscience. How could I fully trust the Christian story if science was able to give equally, often more credible explanations?

I wanted proof of God’s existence, and science seemed to be eroding all my evidence. Skepticism was gradually gnawing away at my faith.

The Rise of New Atheism

It’s pretty hard to ignore atheism these days. The atheist voice in our culture is loud, angry and very convincing at times. So much so that belief in God can seem a bit silly, like still believing in the Tooth Fairy or Santa Claus.

This quote is from the British comedian, Jimmy Carr:

“When I was a kid, I used to have an imaginary friend. I thought he went everywhere with me. I could talk to him and he could hear me, and he could grant me wishes and stuff too. But then I grew up, and stopped going to church.”

Ouch! That hurts, doesn’t it?

More and more I found myself wondering if people like Jimmy were right – the whole Christianity thing was one giant hoax, a distraction from reality.

In a discussion between atheists and Christians, I would nearly always find myself siding with the atheists. The thing is, Christians are irrational a lot of the time, and atheists are actually doing important work in exposing the bad side of religion.

I was never really fussed about the finer points of Christian belief. They differ from one denomination to the next, from one church to the next. Heck, for me they can change from one week to the next. I was concerned with the BIG questions. Was the universe designed by a supreme Being? Is there such thing as a spiritual realm? Does life have ultimate purpose and meaning?

(I should mention at this point that I am married to a biologist, who is also a Christian. For him, science and faith are entirely compatible, and atheism is no more rational than Christianity. It is through many lengthy discussions with him, and through reading the work of other like-minded thinkers, that I have been able to come to the following conclusions.)

Science has its limits

Jimmy Carr was brought up Catholic and, like many others, became an atheist after reading Richard Dawkins’ The God Delusion.

In this hugely influential book, Dawkins’ argues that:

I actually agree with many of his arguments, and would probably be a convert if it weren’t for the following points:

Science is the study of the natural world. It is very good at showing us how things work. But it cannot comment on the why questions. It can tell us how the universe came to be and how complex life evolved through natural selection, but it is not qualified to make statements about meaning or purpose.

The Christian scientists I have come across tend to all say a similar thing: science tells us how life works, faith gives it meaning. They are not in opposition. Christianity and Rationalism are examples of interpretive frameworks or narratives used to explain what we see in the world around us – science itself doesn’t take sides.

I think it’s reasonable to conclude that ultimately, none of us can know the answers to these big questions. If we delve as far as we can into theology, philosophy, science, history and any other discipline we can think of, at the centre we find a deep mystery. A fog. We humans just aren’t capable of grasping ultimate knowledge about divine things.

This is very disappointing news for, well, all of us really. It’s not at all fun being in the fog. We want clarity. We crave answers and neat explanations. We long for the power to understand everything and the ability to prove everyone else wrong. We’ve mastered everything else, why can’t we prove or disprove the existence of God?

Because we’re only human, that’s why. As much as we would like to be, we are not omniscient.

We have to learn to live in the fog, which means admitting that whatever our position, we could be wrong.

I remember having a mini-revelation about all this while walking along the canal in my parents’ village one afternoon in late summer. I was grilling my husband (again) about science and faith issues and how we can know we’re not deluding ourselves… when the most blindingly obvious but soul-stirringly profound thought struck me. That’s what faith is. If we could prove it, it wouldn’t be faith.

I longed so much for proof. I felt sure that if only I could know for certain that God existed, I would find assurance and peace of mind.

I have to tell you, figuring out that there are no absolute answers available to me didn’t do much for my peace of mind. But having confidence that to be a person of faith is just as intellectually valid as being an atheist was a good starting point. It gave me intellectual permission to continue calling myself a Christian, and to seek to deepen my experience of life through faith in an ultimate Source and a deeper meaning. It also gave me intellectual permission to read as many “secular” books as I liked without fearing that they might disprove God.

To conclude, we return to the problem I explored in Part 1 of this series, of faith being primarily about intellectual beliefs held as objective fact. If my faith is based entirely on a solid framework of beliefs, then if any of them are challenged I’m in trouble. (Or I can just put my fingers in my ears and sing loudly). My faith has to be based on more than intellectual reasoning. I simply can’t prove my beliefs rationally to anyone else, so I have to hold onto them lightly, respect the views of others and be genuinely open to changing my mind.

< Part 1: Surviving as a Skeptical Christian

Part 3: Faith in the Fog: Making Peace with the Messiness of the Bible > 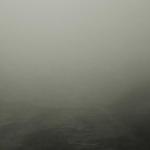 May 28, 2017
Faith in the Fog: Surviving As a Skeptical Christian
Next Post 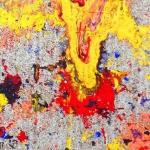 June 23, 2017 Faith in the Fog: Making Peace with the Messiness of the Bible
Recent Comments
18 Comments | Leave a Comment
"Forget about it, young people are too busy with school, sports, or working to save ..."
Judgeforyourself37 How to Keep Millennials Engaged in ..."
"<3"
Brandon Roberts Moods, Mountains and Muddy Windscreens
"I agree with you that happiness is not in objects accumulated or possessed because as ..."
John Kuykendall Is Happiness Even a Thing?
"Absolutely :)"
Emma Higgs Windmills of Your Mind: The Tyranny ..."
Browse Our Archives
Follow Us!

What Does The Bible Say About...
Religion Prof: The Blog of James F. McGrath
Related posts from Emma Higgs 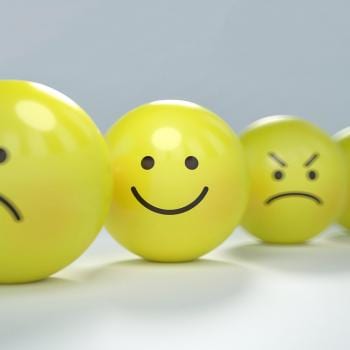 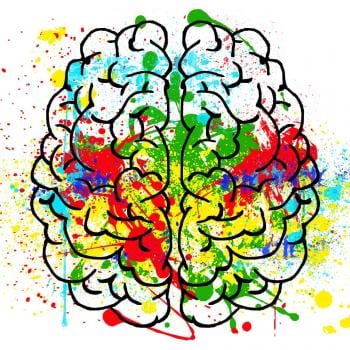