Faith in the Fog: Making Peace with the Messiness of the Bible

Faith in the Fog: Making Peace with the Messiness of the Bible June 23, 2017 Emma Higgs 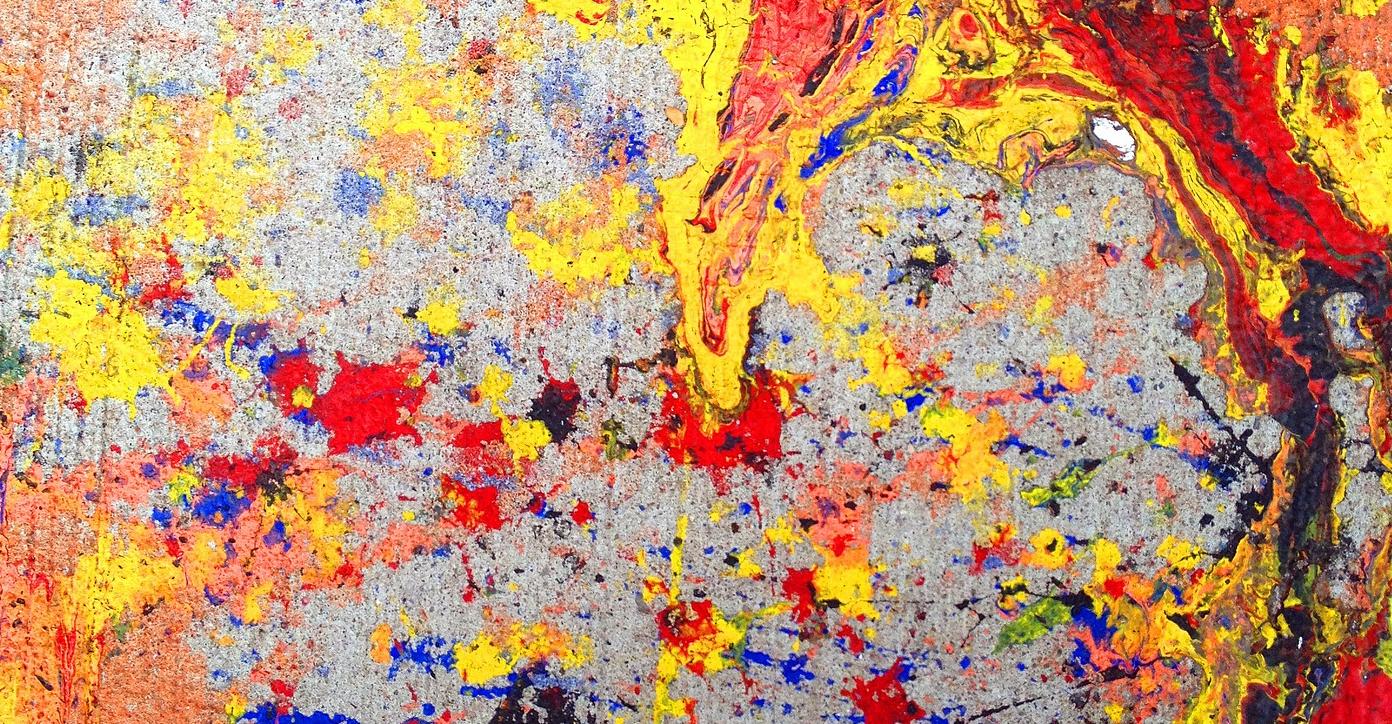 This is Part 3 of my ‘Faith In The Fog’ series on my experiences with doubt, skepticism, mental health and forging a different kind of faith.

< Part 2: Science, Atheism and the Search for Proof

My Christian faith has undergone some drastic changes in recent years.

I’ve often wondered if my growing skepticism would eventually lead me to abandon faith altogether.

As it turns out, diving all the way in to my deepest doubts and fears hasn’t led me away from Christianity, but instead has revealed a richness and beauty to the Christian faith I had never known. It now resonates on a much deeper level, and seems to speak more profound truth than it ever did before.

This sort of faith can be difficult and frustratingly foggy at times, but it has an honesty and authenticity that allows it to exist comfortably alongside my skepticism. It allows me to fully engage my brain as well as my heart, and isn’t so easily shaken when faced with the inevitable tough questions.

One of the most significant changes has been to the way I see the Bible.

Contrary to well-meaning advice from many a concerned Christian, reading the Bible is not a good cure for skepticism. In my experience, it usually magnifies it.

The Bible is messy.

It’s confusing and contradictory and just plain weird in some places. For a skeptic like me, every passage raises new questions and doubts, and shines a floodlight on any that were already lurking in the shadows. For a while I actually refused to read the Bible at all, for fear that my faith might not make it out alive.

I’m not proud to admit it, but whenever someone tries to tell me what “the Bible clearly says”, a large part of me wants to smack them over the head with it.

I wish the Bible was clear. It would make things so much easier, wouldn’t it?

I don’t think I ever believed God literally wrote the Bible.

Even in the early days, that idea seemed a bit farfetched. But almost without realising, I had been grasping onto the idea that it couldn’t just be a load of old books written by people. People get things wrong. I wanted the Bible to be more than that. It had to have some sort of divine, supernatural powers that made it worth all this attention. If not, what made it different to anything else people have written? How could I trust it at all?

I was clinging tightly to the belief that God had in some abstract way written and compiled the Bible. And it was killing my faith.

Letting go of this belief felt a bit like letting go of a cliff edge. Or choosing the red pill in the Matrix. It felt like was choosing to see things how they really were, and I wasn’t sure my faith would be able to survive. My belief in the Bible as the authoritative Word of God was a comfort blanket, but it was full of holes. I either had to spend my life desperately trying to sew up the holes, or get rid of the blanket altogether and face whatever might happen as a result.

To cut a long story short, I took the plunge and my faith survived. In fact, I found I was able to see things in a whole new light, with a fresh perspective and a renewed sense of hope. It actually made the whole thing seem more plausible, meaningful and exciting, not less.

To explain a bit more about how I got to this point, here are some of my thought processes presented as a conversation between myself (Me Now) and an imagined version of myself from ten years ago (Me Then)…

MT: What do you mean the Bible isn’t the authoritative Word of God? Isn’t that, like, the most central belief of Christianity?

MT: OK… what do you think Christians should believe?

MN: The life and teachings of Jesus are a good place to start.

MT: …which we wouldn’t know about without the Bible!

MN: Absolutely – I didn’t say we should get rid of the Bible altogether. It’s still a central part of my faith, and massively influences how I understand and relate to God. I just approach it a bit differently now.

MT: Wait, doesn’t the Bible talk about itself as the Word of God?

MN: The Bible as we know it didn’t exist in Biblical times, did it? When it talks about ‘The Word’, it’s talking about Jesus. Scripture is important of course, but seeing it as The Authoritative Word of God causes a lot of problems. For instance, if you believe it’s God saying all those things, then God must be mean and violent as well as the very definition of love. It’s hard to make sense of that. You end up putting so much effort into defending the authority of the Bible in its ancient, messy weirdness that you can miss the actual revelations of God within it.

MT: But if it’s not the authoritative Word of God, then it’s just…

MN: …a remarkable collection of ancient stories, myths, poems, songs and letters, written by people from different countries and cultures within a 1500-or-so year timespan, all with their own culturally, socially and politically-soaked perspectives and agendas, conveying their wisdom and understanding of the nature of God and how to live well in the world.

MT: Right. I guess that would explain a lot. So do you think the Bible gets things wrong, if it’s basically just different people saying what they think?

MT: So what use is it then, if we can’t trust that it’s true?

MT: Well, accurate I guess. Trustworthy. I want the Bible to tell me how to live. Guide me, comfort me, explain why things are the way they are.

MN: And it can do all those things. But it doesn’t need to be The Authoritative Word of God for God to offer you comfort and wisdom through it.

MT: But I want it to give clarity, I want answers!

MN: Me too. I still crave that sometimes. But let’s be honest, the Bible’s not very good at clarity, is it?

MT: No, I suppose not. Look at all the different denominations within Christianity, all claiming to have correctly interpreted the Bible. If it was clear, we wouldn’t be so divided.

MT: Well how we know anything then, if we can’t rely on the Bible? How can we prove God even exists?

MN: There are more important things in life than knowing things objectively and proving that we’re right. If God did write us a letter revealing the meaning of “life, the universe and everything” once and for all, what would we do then? What kind of people would we become?

MT: Pretty arrogant I guess! But rightly so, if we actually knew all the answers. OK, I see your point about the Bible not being an answer book. But isn’t it supposed to be inspired, “God-breathed”?

MN: For sure. At the very least, I believe the people who wrote the Bible were inspired by their experiences of God. I’d also say God’s Spirit breathes into the words of the Bible, using these people’s experiences and shared wisdom to bring new hope, light and life into the world. But you could also say that we are “God-breathed”. Human beings somehow bear the image of God; we have been “breathed into” by the divine spirit. That phrase “God-breathed” isn’t exclusive to the Bible.

MT: Why read the Bible then? What makes it special?

MN: Because it’s a rich and fascinating story of human beings developing in their understanding of God and of what it means to live on this planet. It tells of God interacting with humans and calling them into greater love and freedom. If you really read the Bible, study it in its historical and religious context and figure out what the writers were actually trying to say, you discover a depth of meaning and significance that you miss entirely if you try and read it as a factual textbook or instruction manual. It contains layer upon layer of subversive, progressive wisdom that was utterly groundbreaking then and is still incredibly relevant, challenging and inspiring today. For anyone seek to deepen their experience of life, and to know God, the Bible holds infinite value.

MN: Maybe our purpose in life is not to find all the correct answers. Jesus, as portrayed in the Bible, shows us a way to know God through living a life of love. It’s about practising a way of life and being transformed from the inside out. That doesn’t come through having all the answers.

MT: I don’t like it. I still want something more concrete to base my life on, something I know I can trust.

MN: I think we are supposed to put our trust in God, not the Bible. Yes, the Bible can point us to God, but the Bible itself isn’t God. I think people sometimes get confused about that.

MT: But how do we know what God is like without the Bible?

MN: We still have the Bible! It contains the most valuable revelations of God’s character we have. But knowing God, being transformed… those things come through a lifetime of wrestling with questions, struggles and doubts, and learning how to relate to one another and to God. Faith is a way of life, not a set of static beliefs.

I’m not going to lie, these changes can be unsettling and scary. I definitely experienced a loss of security which was pretty hard to deal with. But we have to let the Bible be what it is. By forcing it to be something it was never supposed to be, we run the serious risk of missing the point entirely, and doing a lot of damage in the process.

We can’t know it all, but we can let go of our need to know, and trust God. It’s messy and foggy and difficult, but there’s always light at the end of the tunnel.

< Part 2: Science, Atheism and the Search for Proof 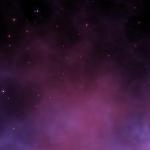 May 30, 2017
Faith in the Fog: Science, Atheism and the Search for Proof
Next Post 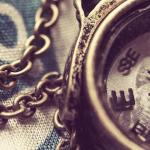 July 28, 2017 Faith in the Fog: Love as our Compass
Recent Comments
12 Comments | Leave a Comment
Browse Our Archives
get the latest from
Emma Higgs
Sign up for our newsletter
POPULAR AT PATHEOS Progressive Christian
1

Christians, It's Time to Admit the...
FreedHearts
Related posts from Emma Higgs

A Covid-19 Thanksgiving
For a number of reasons, Thanksgiving is my favorite holiday. Because my...
view all Progressive Christian blogs
What Are Your Thoughts?leave a comment
Copyright 2008-2020, Patheos. All rights reserved.