10 Reasons Why Christians Should Care More About Climate Change 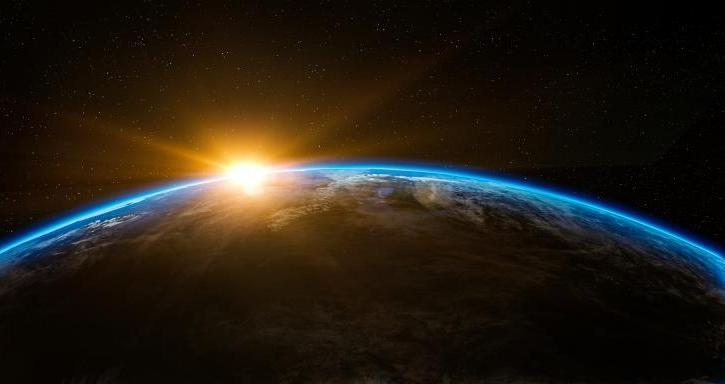 From the outset I shall assume that you, dear reader, are aware of the severity of the current global environmental crisis. I assume that you have decided to trust the overwhelming majority of scientists, rather than the despicable distraction attempts from oil and gas giants and self-interested politicians. Climate change is happening. And this is very, very bad news for anyone who happens to call this planet home. Although we can’t be sure exactly what the effects will be, we can be almost certain they will be catastrophic if the current trends continue. It’s not too late to act, but we need to act NOW. If humanity is going to change its current trajectory and avert an unprecedented global meltdown, we need to make decisive and drastic changes on a massive scale. And right now, that’s not happening.

As Christians we have hope that somehow, everything will be alright in the end. That love will win. And whilst this can bring comfort, strength and a passion for justice, it can also make us apathetic. If we know God will make everything right in the end, then we don’t need to worry too much…right? We need to notice this tendency towards apathy in ourselves and stamp it out. I believe that as Christians, we should be at the forefront of the fight to save our planet. We should be the ones radically altering our lifestyles, calling out the powers that are preventing change and imagining a better vision for our children’s future. Here’s why:

1. Christianity has been part of the problem.

While most of us aren’t too happy with the idea of the Earth burning up, there are certain doctrines within some corners of Christianity that suggest that allowing the world to be destroyed is not a bad thing because it means we get to go to Heaven quicker. Earth is seen as a dark, sinful place that we can rape, abuse and exploit for our own gain, and look forward to escaping from one day. Most of us wouldn’t think in such extreme and blatant terms, but echoes of these appalling ideas can be heard in most versions of Christianity if you listen hard enough. These elements of Christian doctrine are misguided and dangerous, and I dread to think how deep their tendrils have been wound into western thought over the last few hundred years. I can’t help but think that Christianity has played a significant part in getting us into this mess. And if that is the case, those of us who call ourselves Christians have a responsibility to find a way out.

With the current political systems, at least in the UK and the US, politicians almost inevitably end up focussing on short-term issues, because these are the things people will vote for. Even if a politician is herself passionate and focussed on urgently reducing carbon emissions, she cannot move forward unless this issue has mass support among voters. Scientists are doing all they can to bring us information and evidence, but they have next to no control over what, if anything, changes as a result. Large corporations and rich, powerful individuals could make a big impact if they decided to combat climate change. But sadly the rich and powerful tend to be more concerned with becoming even more rich and powerful than with saving the Earth. So for real and rapid change to happen, there needs to be a dramatic shift in public opinion. Hearts and minds need to be brought to attention on these urgent issues. And who better to affect hearts and minds than religious leaders? Churches can stir up passion and resolution as well as any political rally. If we Christians really put our minds to it; united with other churches and mobilised en masse to combat climate change, just imagine the impact we could have.

3. The Bible tells us to care for the environment.

Let’s head back to Sunday School for a moment, in case any doubt remains as to whether caring for the planet is our responsibility. The Bible begins with God creating the Earth and declaring it to be “beautiful and good” (Genesis 1). God then creates man, placing him in the Garden of Eden “in order to work the ground and care for it” (Genesis 2:15). According to the creation poem, caring for the Earth is a, if not the primary purpose of mankind. God has entrusted his beloved creation to us, and right now we are trampling it to death.

4. Jesus was all about caring for the poor.

If you think Jesus doesn’t want us to care for the poor, then you haven’t read the Bible. “Truly I tell you,” Jesus tells his followers, “whatever you did for one of the least of these brothers and sisters of mine, you did for me” (Matthew 25:40). Feeding the hungry, caring for the poor and seeing the image of God in the lowest of the low are central aspects of the Christian life. Right now the best thing we can do to care for the world’s poor is to combat climate change, the effects of which will devastate the poorest communities first. Let’s not wait for a global tidal wave of suffering to force us into action. Let’s act now to prevent it.

5. We are not slaves to money and consumerism.

I don’t know how many sermons and youth talks I have heard over the years about how we are called to love God more than money and possessions. It’s a lot. Rampant consumerism and greed is basically what’s got us into this mess, and for us to get out of it we need to seriously rethink how and what we consume. For Christians, the groundwork has already been laid for the radical lifestyle changes that are now urgently required of us. “For the love of money—and what it can buy—is the root of all sorts of evil. Some already have wandered away from the true faith because they craved what it had to offer; but when reaching for the prize, they found their hands and hearts pierced with many sorrows.” (1 Timothy 6:10)

6. We do not worship the things our culture worships.

To expand on my previous point, our culture encourages us to worship money, possessions, fame, sex and power. Advertisers are interested only in selling you their product, so they will do whatever it takes to make you think you need it. This pressure comes at us from all directions, and it’s powerfully seductive. But as Christians, we know there is something worth more than all that. This should put us in a better position than most to live counter-culturally: to be suspicious of the messages we get from the media, to boycott unethical companies and to undermine the powers that are resisting change.

7. Resisting oppressors and undermining the powerful are central themes in the Bible.

From the Israelites fleeing Egypt to Jesus blatantly and repeatedly undermining the Roman Empire, the narrative of the Bible is centred around an insistence that God is on the side of the oppressed. We can interpret this to mean that we should be emboldened to take on the ExxonMobils of the world. We can also interpret it to mean that as we in the West are in the top half of the world in terms of power and wealth, God may not be as supportive of our comfortable lifestyles as we would like to think.

8. Christianity is about thinking collectively rather than individualistically.

The individualism embedded into our society is a major barrier to achieving the kind of drastic, sweeping changes we need to see. We may resolve to support certain things in principle, but our sense of individual rights and privileges often runs deeper than our commitment to the greater good. In many ways this is a good thing – you wouldn’t find many individual rights and privileges in a totalitarian dictatorship, for example. But too much individualism can slow down much-needed change. Churches are one of the few places I know of today where we can truly feel part of something bigger than ourselves, and are encouraged to find fulfilment in surrendering ourselves in service of others. With a bit of well-thought-out direction, this community spirit, collective conscience and call to service could be channelled into creating meaningful and lasting change.

9. Churches can keep people accountable for their actions.

In an individualistic society, it’s difficult to tell people how they should be living (unless you’re an advertising company, of course).  People like to feel autonomous, and rightly so. But when you’re part of a church, you can expect to receive at least some guidance and correction when you do something that goes against the church’s values. Whatever you think about this, it’s what happens in churches. (Ask any gay person ever). We are encouraged to reflect, examine ourselves, and make changes. So what if churches started keeping their members accountable for how much carbon dioxide they are personally responsible for releasing into the atmosphere, whilst leading by example?

10. The Kingdom of Heaven on Earth is our vision and hope.

Facing the reality of climate change is terrifying. It can so easily send us tumbling into fear, despair and paralysis. It’s so important that we maintain a sense of hope and vision to turn our fear into definitive action. As Christians, hope is built into our worldview. Jesus kept talking about the Kingdom of Heaven being available to us – not as a distant place to fly away to but as a reality here and now, a new way of being human that is rooted in love and somehow aligned with the deepest forces in the universe. The Biblical visions of a future reconciliation of all things can keep us motivated and hopeful in the face of increasingly devastating news reports. And the powerful images of light in the darkness can keep us from being swallowed up by it. 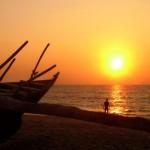 January 16, 2019
Why We Are All the North Sentinel Islanders
Next Post 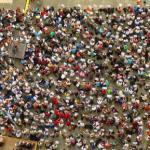 February 15, 2019 'There is no Planet B': Children Going on Strike over Climate Change
Recent Comments
7 Comments | Leave a Comment
Browse Our Archives
Related posts from Emma Higgs 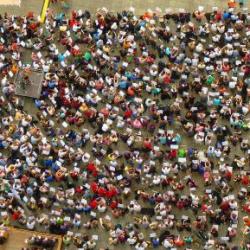 Progressive Christian
'There is no Planet B': Children Going on...
Emma Higgs