Get updates from Enigmatic Mirror delivered straight to your inbox

The closest known parallel the Book of Mormon golden plates in size, script, function and period are the Pyrgi gold plates.  They are religious text dating to around 500 BC in Italy; one is written in Phoenician (= Paleo-Hebrew), and two in Etruscan.  They are now in the Etruscan Museum in the Villa Giulia in Rome.

1- Three plates–Phoenician text is in the Middle 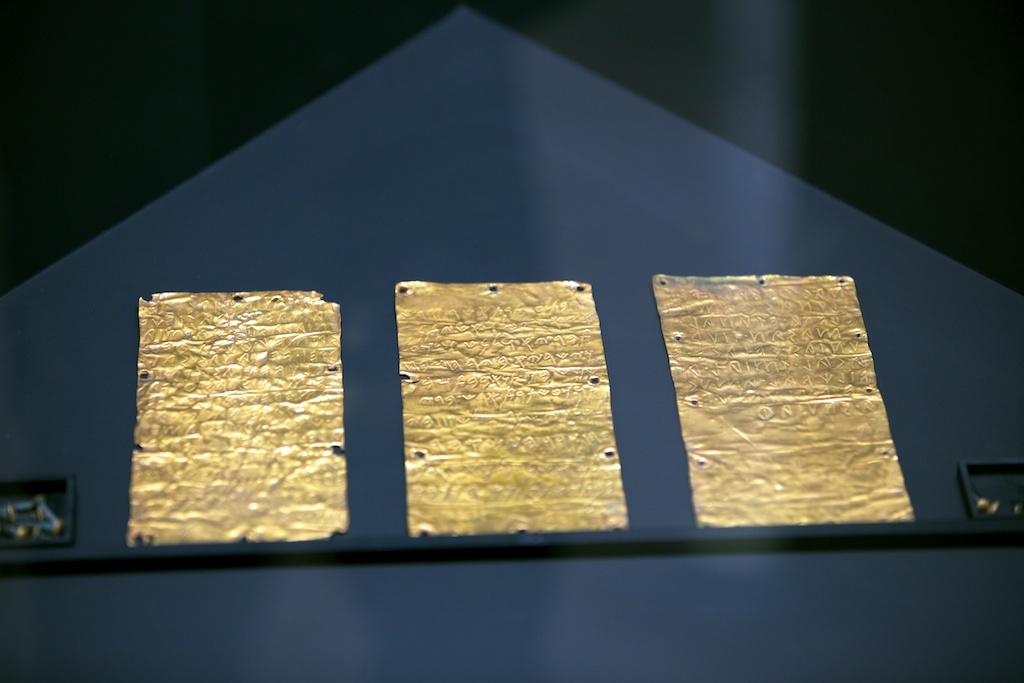 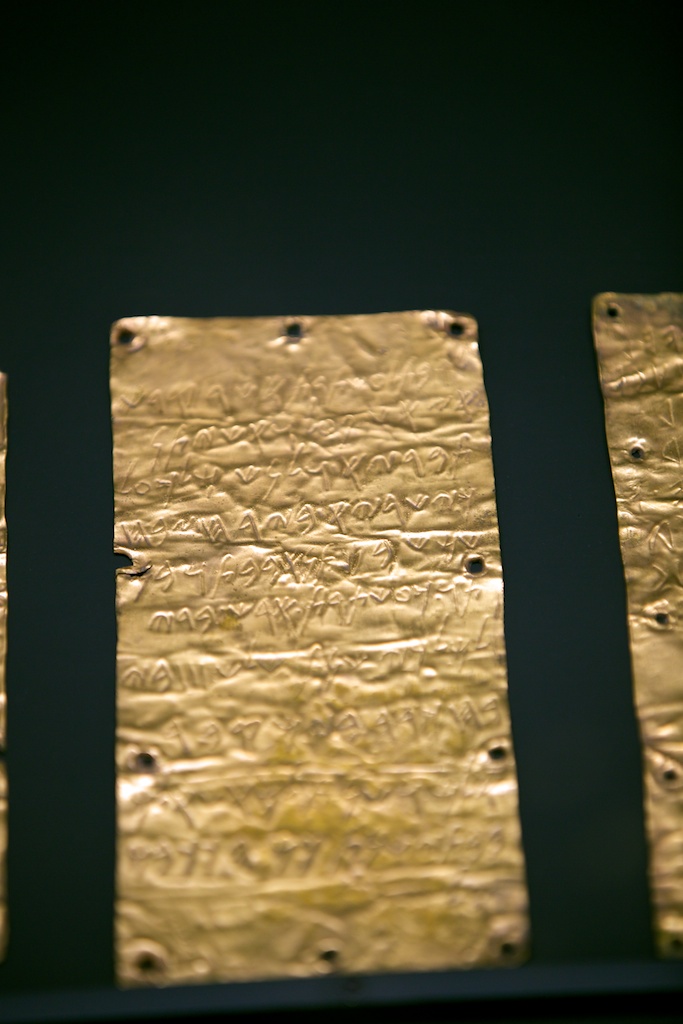 September 8, 2014 Book of Mormon Conference
Recent Comments
0 | Leave a Comment
Browse Our Archives
get the latest from
Latter-day Saint
Sign up for our newsletter
Related posts from Enigmatic Mirror

Latter-day Saint
Goodbye to All That
Enigmatic Mirror