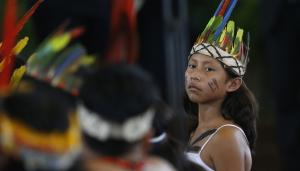 Anybody remember the BILLY JACK movies from the early 1970’s?  As a teen-ager, I just loved them.  Billy Jack, a Vietnam vet, a Native American, returns home and fights people who are persecuting Native Americans.  He was Chuck Norris before Chuck Norris and his martial arts feats captivated us kids.  Then we grew up and realized that the movies were a mish mash of naive social justice  concepts and stereotypical portrays of tribal customs and life on a reservation.  I thought about all that as I read the first stories about the Amazonian synod working document published by the Vatican on June 17.  It is a disastrous recipe for the Church.

Pope Francis called the synod in order to deal with the Catholic Church’s presence in the Amazon Basin.  The media headlines will highlight the possibility of older married men being ordained priests, but the document is much more sweeping than that. Unfortunately, it is like the BILLY JACK movies–naive, new agey, and surrounded by every possible secular liberal idea of what justice consists of in the new millennium.  Not only that, it relegates the Church to a political action committee, stripping it of its transcendent nature and ignoring its ability to transmit the presence of God.  As we say in ecclesiology, it’s a horizontal view of Church that doesn’t really need God.  Take a look at some of the documents’s highlights.

FROM THE CATHOLIC HERALD (UK):

The Catholic Church must find ways to reach indigenous Catholics deprived of the sacraments in the most remote areas of the Amazon rainforest, and that may include ordaining married elders, said the working document for the Synod of Bishops on the Amazon. The document was published by the Vatican June 17.

“Affirming that celibacy is a gift for the church, in order to ensure the sacraments for the most remote areas of the region, we are asked to study the possibility of priestly ordination for elders — preferably indigenous, respected and accepted by the community — even though they have an established and stable family,” said the document.

The document highlighted “the enculturation of the liturgy among the indigenous peoples,” adding that cultural diversity poses no threat “to the unity of the church but rather expresses its genuine Catholicity by showing the ‘the beauty of her varied face.’”

“The sacraments must be a source of life and healing that is accessible to all, especially to the poor,” the document said. “We are asked to overcome the rigidity of a discipline that excludes and alienates” and instead offer “a pastoral sensitivity that accompanies and integrates.”

In order to help communities that find it difficult to celebrate the Eucharist due to lack of priests, it added, the church is asked to “change the criteria for selecting and preparing authorized ministers to celebrate it” and to work toward a “ministry of presence” and not simply the itinerant visits of a priest passing through.

The synod working document said that the church is called to play “a prophetic role” in the Amazon, and its evangelizing mission in the region implies “a commitment to promote the rights of the indigenous people.”

“The Spirit is in the voice of the poor; that is why the church must listen to them, they are a theological place,” it said. “In listening to their pain, silence is necessary in order to hear the voice of the Spirit of God. The prophetic voice implies a new contemplative look capable of mercy and commitment.”

The commitment to caring for the earth and defending the human rights of its inhabitants can be dangerous, the document said. “The number of martyrs in the Amazon is alarming.” https://catholicherald.co.uk/news/2019/06/17/amazon-synod-document-raises-possibility-of-married-priests/

One can almost hear Pope Clement XI rolling over in his grave.  He was the pope who in 1704 prohibited the Jesuits from doing the same type of thing with the Church in China.  The Church made a mistake then.  The efforts of the Jesuits were not near as radical as the present document seems to be. Yet the popes of those days thought the Jesuit ideas went too far.  Some accommodation and compromise should have been made, however. We would not be a suffering Church of the martyrs in China today had we exercised a bit of common sense. One might think this new document ought to usher in a new spirit of accommodation.  That would be a mistake.

WHAT’S SO BAD ABOUT THE DOCUMENT?

The Amazon working document goes way too far and will force the Church to repeat Pope Clement’s actions so long ago.  Why?

The BILLY JACK movies were feel good entertainment.  But they were shallow attempts to get us to deal with the difficulties Native Americans face.  The Amazon working document is the same type of sentimental, political approach to a real problem.  The indigenous peoples of the Amazon basin deserve more respect, and they deserve a Catholic religion that looks Catholic, not a glorified update of tribal faith practice.  There is truth in the native religions but not as much truth as in Catholicism.  It is up to the Church to adapt the culture to the Catholic faith, not morph the Church into the image and likeness of tribal religions. 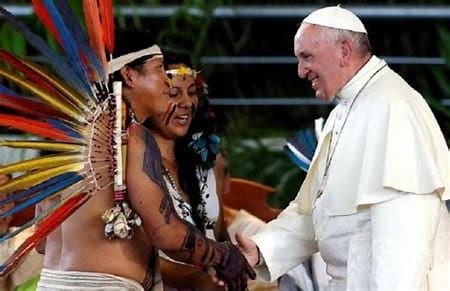 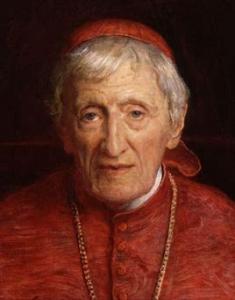 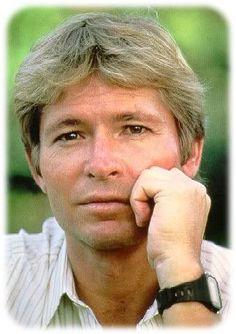