This post is the first in my summerlong series on HUMANITARIAN MEDICINE.

One stereotype in the West is that young Muslims in Arab countries don’t get the same kind of education in international human rights than their counterparts in Europe and North America. Suicide bombings, assassinations, and police massacres all lead some people to state that the population of North African and Middle Eastern countries somehow doesn’t “get” moral standards about war and violent conflict. (That’s despite the fact that much law regulating warfare originates in the Abrahamic religious traditions.)

In fact, NGOs and governments frequently work heroically — and sometimes together — to educate young Arabs about human rights. The organizations initiate nuanced, heart-felt discussions that you probably would barely even hear in an American classroom. Among them is the Fondation Emir Abdelkader‘s recent essay competition among Algerian secondary school students on Abdelkader’s influence on international humanitarian law. These are Arab young people at their best: taking the experiences of the bloody recent history of their country, and using them to produce new visions of peace and stability for Algeria and the nations around its borders.

Abdelkader El Djezairi — sometimes called Emir Abdelkader, because El Djezairi simply means, The Algerian — was a Sufi Islamic theologian, military leader, and, later in his life, religious mystic. He fought against French colonial rule, and is considered by some Algerians to be one of the greatest figures in their history, and the founder of their modern nation-state. Abdelkader was also a leader in interfaith cooperation and dialogue; for example, he encouraged Christian priests to tend to French prisoners of war. Abdelkader used Islamic thought to provide the theoretical ground for humane war practices — among them, rewarding soldiers who treated French POWs with care (and threatening punishment for mistreatment).

The Red Cross holds Abdelkader in high esteem. In his implementation of human rights principles in warfare, the organization considers him  a forerunner to Henri Dunant, the Red Cross’ founder. It says that Dunant and Abdelkader…

…shared a common humanitarian ideal: every soldier who was no longer able to fight, whether through injury or because he had been taken prisoner, should be spared, cared for and protected, without discrimination.

Here you have an example of a prominent Muslim figure who equalled a modern European Christian in his advocacy of human rights and compassion for all people caught in conflict — regardless of religion or national background.

So, recently, the Red Cross teamed up with the Red Crescent, the Algerian government, and the Fondation Amir Abdelkader to launch the essay competition. One of the five prize-winning essays reads:

By issuing a decree ordering his soldiers to refrain from harming French prisoners, Emir Abdelkader created a platform for developing international humanitarian law.

These five prize-winning students are arriving today in Geneva, home of the Red Cross, for a four-day study trip. Together, the ICRC, the government, and the Fondation are also hosting monthly lectures by specialists in international humanitarian law, aimed at secondary school students, in the Palais de la Culture in Algiers.

The degree to which human rights are addressed in schools varies from government to government in the Arab world. The Abdelkader contest provides one more example of how we can almost never lump together all Muslim countries and claim that their religion, or culture, has characteristic X, Y, Z — whether it’s a statement about their value system, behavior, attitudes toward women, or whatever. Many people use broad brush strokes to make claims about a failed Islamic morality in matters of war and peace; but when you look at the details of the painting, you often find a population extremely conscious — perhaps more, even, than in the West — of the importance of holding onto international human rights standards. Maybe that’s because many Arabs are faced every day with conflict, which raises real, practical questions about how to successfully implement the tools of human compassion.

If you find this article helpful, you are free to ADD A LINK to it on your blog or website. But don’t copy and paste the post, as this violates Google’s guidelines. 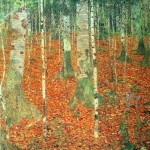 May 24, 2013
Presbyterian Pastor Doubles as Escort: CSBV III
Next Post