Get updates from Stories Untold delivered straight to your inbox

Why Every American Should Try Fasting for Ramadan

If you grew up non-Muslim in America, your culture made Islam easy to dislike — at least sometimes. The amount of emotionally disturbing imagery surrounding Muslims is astounding in US media — particularly after September 11. Some other religions also have it bad here, some less so (Christianity; Buddhism). But anyone who calls themselves American, and has electricity, has been subject to characterizations of Muslims as terrorists, crazy radicals, heartless ritualistic automatons, women-haters, and so forth. I could prove this in a thousand ways, but the first one that comes to mind is simply to ask you to type “Muslim” into Google images from any computer in the United States, and scroll down. If you’re still not convinced, do the same thing with the search word “Christian”, and compare.

You may have attempted, if you are a person of conscience, to overcome the stereotypes about Islam that surrounded you growing up. Perhaps you tried to learn Arabic, or lived for a while in the Muslim world. If so, kudos to you. Because as those of us who are not indigenous to North America have learned from the people who were, you shouldn’t judge another person until you have walked a mile in his or her moccasins. Actually, we can go one step further and say that even if we have walked a mile in the shoes of a Muslim, we still ought not judge her or him by virtue of religious tradition. That’s because being Muslim, like being Christian, or atheist, or human, is a very complex thing. It’s a language, a literature, a social structure, a behavior, a point of view on the world informed by thousands of different sources and geographies, and, let us note, slightly different for everyone from Islamic communities, such that it’s almost meaningless to try to talk about a singular “Muslim” experience. Muslims do have some things in common — and we’ll get to those in a moment. But you simply cannot say that Islam makes a person good or bad.

The majority of non-Muslim Americans have not made a pointed, sustained effort to try to understand Islam deeply. If they did, our society would not be tolerant of this, this, or this. I’m not chastizing anyone here — even the staunchest Islamophobes. People form their opinions for a reason, and in the current media environment, some of the more frightened among us are going to come to believe that Muslims are dangerous. But wise men (I’m thinking of one in particular) have made it clear that the starting point in dealing with people you dislike is to try to experience the world as they do. In the case of living out Ramadan, this is not necessarily easy. And I’m not talking about the not eating part. I’m talking about the emotional part. If you lost people you know on 9-11 (I did), or your son or daughter died fighting Al-Qaeda in Afghanistan, you may find it an anxious idea to attempt visceral solidarity with Muslims. But that’s the point. Muslims, as a category of people, are not responsible for 9-11 or Al Qaeda — many of them drove some of the great peace and charity movements in history — but even if you believe they are all responsible (you’re wrong), it’s still a good idea to fast for Ramadan, because it is in overcoming our anxiety about people we consider our enemy, as difficult as that can be, that our soul quiets and we become more open-hearted toward humanity — all of it.

Note also that I’m not making any apologies for Islam. On the contrary: once a deeply committed Roman Catholic (I went through the priesthood discernment process), I personally now imagine the world might be better if no Abrahamic religion had power over people. Recent experiences witnessing corruption within the New York and Parisian branches of the Episcopal Church  — perhaps the most liberal and supposedly socially responsible major Christian denomination — have given me what I must admit is almost nausea about the misuse by clergy of their money and pulpit, and led me to believe that Westerners of all three faith traditions — despite the good they have done — might be better off by just voluntarily stopping self-identifying as religious. I’m not sure; it’s a big question, and I’ve been wounded. All I know is that religion can really hurt people. Tying religion into political power — which happens throughout the Muslim world — multiplies the potential for abuse. I’ll even go one step further and say that fasting rituals can be part of the religious leader’s toolkit for inducing the laity’s psychological dependence. But: all that doesn’t mean that Americans shouldn’t try fasting for Ramadan.

No single phenomenon embodies Islam like Ramadan. I chose the word “embodies” specifically because the Ramadan fast is a tangible bodily practice. It’s meant to be. Those fasting intend to feel hunger, because this is a sacrifice they make in order to be grateful for what they believe God has given them, and because it helps them empathize with the suffering of others. Ramadan involves all kinds of activities, invoking all the senses, all day long: the sound of prayer, the reading of the texts, the feel of the hug from a family member, and, of course, the smell and taste of the food — its presence, and its absence. Ramadan is also just about universal across the Muslim world, from Morocco to Indonesia and throughout the diaspora. There’s no equivalent to Ramadan in modern Christian practice. The closest you get to a universal fast is in Eastern Orthodoxy — and even then, Christians are allowed to eat any time of day.

If there is any way for a non-Muslim American to learn what it’s like to be Muslim, it’s to actually live out Ramadan and spend it with Muslims. Not just to obstain from eating during the day — although even just that would be a radical entry into Muslim life — but to consume the Iftar meal at night, to do the charity, and to visit the mosque and say the prayers. If you recoil at this last idea in particular (there’s no way I’m going to pray to Allah! I’m Christian/Jewish/Hindu/atheist/whatever), then don’t do it. On the other hand, if you’re secure enough in your own faith tradition, then you probably won’t feel threatened by the idea of reciting the text of another religion, just temporarily, in order to feel solidarity with its members. Calling God “Allah” for a day, or a month, isn’t going to change God, nor will briefly claiming that Mohammed is God’s prophet, and if you’re doing these things with the intention of building peace with other humans, you probably won’t go to Hell for it.

There are many different ways you can fast for Ramadan as a non-Muslim. You can do the whole shebang — 30 days, with the Eid celebration at the end. Or, like me, you can just do it for a couple days. You can hook yourself into your local Muslim community, or, if there isn’t one, you can get support on Facebook. You can do it hoping to meet God in the process, or, if you’re a skeptic, you can just get a sense of what it feels like to sacrifice so much for a religious belief. You may not be able to do the actual fast, if you’re ill or pregnant or diabetic. But Muslims in those categories are also not required to fast — they are still called to charity, and to help people who are fasting. So even if you can’t fast, you can still live out Ramadan as Muslims do. Above all, celebrating Ramadan is about meeting Muslims. This is where the barriers of communication will break down, and you’ll have a better sense of who they are — and who you are.

It’s now important to note that American culture is completely saturated with one particular religion: Christianity. The US has been influenced by other faith traditions, from Native American spirituality to Scientology, but nothing comes close to Christianity in presence in this country. There is a church in nearly every village; preparation for Christmas dominates an entire month; and it’s pretty hard going one day walking down the street in New York City, or driving down the interstate in Kansas, without being told by flyer or billboard that Jesus is the most important human in history. Probably the only Americans who don’t have Christian symbols and behaviors embedded deeply in their consciousness grew up in very tight-knit non-Christian communities like Hasidic neighborhoods in Brooklyn, or perhaps way, way, way out in the countryside. In fact, anyone who’s lived in a non-Christian country (for me it was Japan) remarks, when they get back to the United States, how omnipresent Christianity is. Many Muslim countries are similarly permeated by Islam: the sounds of the call to prayer, the text of the Koran inscribed on buildings, the traditional clothing. When you’re thinking about what it’s like to be a Muslim, you have to remember that it’s a religion that requires constant attention — prayer five times a day.

Hence if you want to understand even a little bit about Muslim life, you have to find a way to step really far outside the American Christian bubble. If you are a practitioner of another religion, you can go right back. But your experience of Islam is going to have to be a very strong counterweight to the mainstream culture around you, and probably the only way to achieve that is to actually fast — to be reminded, all day long, by your sacrifice, that you are a human being, who gets hungry, who has desires and the capacity to deny them to yourself, who seeks meaning, who loves family, who needs community. This will help you viscerally understand that Muslims do the same — that they share your humanity.

And at a practical level, you will see Islam in a more intelligent way than it is characterized in US media. I’m not telling you that you won’t conclude in the end that Muslims are terrorists, crazy radicals, heartless ritualistic automatons, or women-haters. But you probably won’t. You’ll probably come to understand the ways in which Muslims are like you, and also how different their religious tradition is from your own — its richness and depth — and how much you do not know. And this will probably be the first step to moving past the disturbing images, helping the US and Muslim countries to work toward peace, and maybe even feeling more kinship with the 1.5 billion people who live in them. Americans should try fasting for Ramadan — or at least, help with the fast — at least, just for a day — because we would collectively make more realistic decisions about how to interact with the Islamic world. 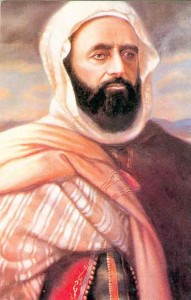 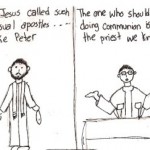