50 Maxims for Men in an Age of Toxic Masculinity and Identitarian Craziness November 23, 2018 Michael F. Bird

I have two boys, I hope they grow up to be men who are godly, good, courageous, compassionate, successful, holy, and noble. I have started making a list of aphorisms to pass on them, giving them the fatherly advice that I – quite frankly – never received. Not all of these sayings are mine, but I find them quite useful.

# 1: Marriage is a lot like a US airport, by law it must always be under construction and improvement.

# 3: If you dress like a lumberjack, then you better be one.

# 4: There is no single way of being a man, but there sure are a lot of perverse and pathetic ways of failing to be a good one.

# 5: Fathers are not a dispensable fashion accessory.

# 7: Who was the most macho or manliest actor to come out of Hollywood? For my money, it is Rick Moranis! The guy gave up his acting career to look after his children after his wife suddenly died. That’s raw masculinity right there.

# 8: Pray to be castrated with a rusty cheese grater rather than commit adultery.

# 10: Recreational drugs are a safe way of achieving addiction, unemployment, self-destruction, family-breakdown, and causing untold grief to those you love.

# 12: Routine is boring, but it means that the important stuff gets done first.

# 13: Friedrich Nietzsche said: “Man shall be trained for war, the woman for the recreation of the warrior, all else is folly.” When there are no normative ways of being male, then Nietzsche will be treated as an option.

# 14: Dance like nobody is watching, but write emails like they’ll one day be read at a deposition.

# 16: Pornography degrades women and the relationship men have with women.

# 17: Learn how to perfect a look of comical derision when someone on a six-figure salary, who drives a luxury car, who owns multiple houses, and has servants who clean their houses, tells you about the need for socialism.

# 19: You’ll never know true power until you have empowered women to succeed.

# 22: It is better to light a candle than curse the dark.

# 23: What Happens in Vegas, ends up in divorce court, filing for bankruptcy, or visiting the venereal disease clinic.

# 24: The only place where “success” comes before “work” is the dictionary.

# 27: You can tell a lot about a person by how they treat people who have no ability to ever pay them back with something in return.

# 28: Pursuing your unbridled lusts will either make you a monster over all women or a slave to a few women.

# 29: Treat others the way they wish to be treated.

# 30: Clothes do not make the man, but they do stop him from looking ridiculous.

# 31: Sometimes you need to have a mosquito land on your testicle before you realize that violence is not the answer to every problem.

# 32: Holding a grudge is like swallowing poison and waiting for it to kill the other person.

# 36: The sexual revolution was a patriarchal con-job.

# 40: Sorry Whitney Houston, but “learning to love yourself” is not the greatest love of all.

# 41: Courage is not the absence of fear, it is the belief in something greater.

# 42: Do not confuse love with infatuation and lust.

# 43: While women might appreciate a knight in shining armour, what they really appreciate is men who help them find and fit their own armour.

# 45: If you see someone wearing a Che Guevera T-Shirt, congratulate them on celebrating South America’s most successful homophobic racist murderer.

# 46: The most devastating tool in political discourse is superior knowledge and acerbic wit.

# 47: The most ruthlessly efficient way to destroy your enemies is to make them your friends.

# 48: If you haven’t read the Bible, you will never understand music, literature, history, politics, art, or even The Simpsons.

# 49: Pursue the things that make for peace and mutual encouragement.

# 50: Remember when your mum said, “Don’t speak to me like that,” she did not add “if it pleases your highness.” 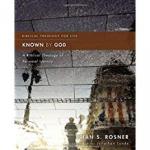 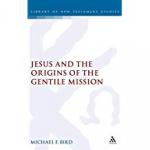 November 24, 2018 Rachel Held Evans on Jesus's "Racial Bias"
Recent Comments
0 | Leave a Comment
"On another blog I came across an excellent quote from CS Lewis, taken (I believe) ..."
Mike Dunster Christians and Conspiracy Theories – An ..."
"Greetings from Tennessee. Nice post, Mike. I interact with your post here. I think you've ..."
Dale Tuggy Justin Martyr on the Logos
"aidZpartner.yahoo.Com"
cbones HTR articles on Wright and Israel ..."
""If all Christians are eliminated, who will be here to spread the word?" – This ..."
Evan Wickham Interview with Preston Sprinkle on his ..."
Browse Our Archives
get the latest from
Euangelion
Sign up for our newsletter
POPULAR AT PATHEOS Evangelical
1

Persecution: The New Reality for Biblical...
The Chorus In The Chaos
Books by This Author Books by Mike Bird