“Rosary to the Borders” Sickness Spreads to France

Two opposing sectors of the French Catholic Church have organized activities for the coming weeks and months which are attracting attention for the bellicose nature of the rhetoric used to advertise them. One, an ultraconversative “Rosary at the Borders” event on April 28 in which, in the model of events already held in Poland, Ireland, Italy, and Croatia, participants will pray that the country not be “overtaken by hostile and conquering hordes” (read: migrants and refugees). The other event: a progressive seminar on “gender, feminism, and sexual orientation in rural areas” to be held on March 3-4. No surprises as to which event has attracted the attention of the French episcopate.

“‘There is great pity in the kingdom of France'”, asserts the flyer for the Rosaire Aux Frontieres event sponsored by the website Riposte catolique: “How can we not hear these words from the Archangel Saint Michel echo to Saint Joan of Arc, in the sad period into which our country has plunged?” And the militaristic language doesn’t stop there. “There are Catholics who do not surrender”, the organizers proclaim: “God will give the victory!”

Over what though, supposedly, will God help French Catholics to triumph? Nothing less than the “globalist and secularist swamp” in which “our thousand-year-old nation” is presently mired, due to its “apostasy”. A crisis, the organizers explain, where:

[E]very year, 200,000 children are killed in the womb of their mother, where the brains of our children are crushed by a national education that only wishes to turn them into uprooted individuals cut from any determinism, where the future for our young people is long-term unemployment or a degrading and underpaid job, embellished with a chaotic family and sentimental life, all in a foreign, hostile and immoral environment and where the future for our elderly comes down to a pill that will send them gently to their death.

“It’s the turn of France, eldest daughter of the Church, to resort to the powerful intercession of her heavenly Mother by the prayer of the rosary”, reads the flyer, before reminding the faithful: “Each will be judged according to his works. There’s no time to escape“.

So far not a word from the French bishops on the Rosary event, despite the extremist, xenophobic and hidebound language used by its organizers, hardly appropriate to the 21st century. The Bishop of Viviers in the Ardèche, south of Lyon – Jean-Louis Balsa – has, however, decided to spend his energy criticizing not Riposte catholique but instead the Christian Rural Youth Movement (MRJC),  and that much for organizing an “activist weekend” in his diocese on sexual orientation.

Due to the “gravity and tenor of the proposals and [the] obscene words used in the pamphlet” for the March 3-4 event, wrote Bishop Balsa, the diocese of Viviers had no choice but to be in “complete disagreement” with the weekend and to prohibit “all actors involved in youth pastoral care” in the diocese from attending. As La Croix reports, the focus of the prelate’s ire seems to have been either the use of “inclusive French grammar”, the featuring of the “silhouette of a naked woman inside a bubble”, and/or the display of “misogynistic and homophobic insults and remarks”, some of which “particularly gross”.

But is it not also “particularly gross” that Riposte catholique should use the language of the “killing” of aborted children, the crushing of the “brains” of school students, or the epithet of “hostile and conquering hordes” to refer to refugees? Why the double standard around xenophobia and supposed sexual immorality? 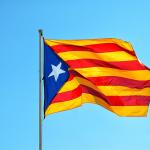 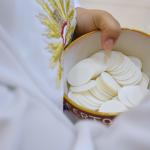 February 26, 2018 Intercommunion: The Humbling of the German Bishops
Recent Comments
0 | Leave a Comment
Browse Our Archives
Follow Us!

Extra Quotes from My Interview with...
On the Catholic Beat
Related posts from European Communion