On Interfaith Dialog, Pope Shifts from Theological to Political

The Pope called Saturday 23rd for a “healthy pluralism” among the religions in the world, “respectful of the differences and values” of all believers. In an address to representatives of the Emouna Fraternité Alumni Association of Paris, Francis underlined that “dialog between believers of different religions is a necessary condition for contributing to peace in the world”, and suggested that there are three “fundamental attitudes” necessary for promoting such dialog: “the duty of identity, the courage of otherness and the sincerity of intentions”.

“True fraternity cannot be lived other than with this attitude of openness to others, which never seeks a conciliatory syncretism“, said the Pope. “On the contrary, it always seeks sincerely to enrich itself with differences, with the will to understand them in order to respect them better, because the good of each resides in the good of all”, he continued. In this way, Francis returned to an idea that he first set out in his trip to Cairo in April 2017, that “religion is not a problem” in terms of social harmony, but rather “part of the solution”. If believers remain like “well-planted trees” – “rooted in the terrain of history” and in their respective traditions – they can transform every day “the air polluted by hatred” into “the oxygen of fraternity”, said the Pope.

But how, exactly, are believers “nurture a culture of meeting and dialog”, as the Pope also asked? The answer can be found in the work the Emouna Fraternité Alumni Association carries out, and in particular in the ‘Emouna – L’Amphi des religions’ programme at the Institute of Political Studies in Paris.

Religions as “bearers of humanity and ethics”

The secret to this programme – in which Catholic, Protestant, Orthodox, Jewish, Muslim and Buddhist leaders meet for 18 sessions spread out over nine months of the year with the aim of developing “networks of relationships” and contributing to interfaith dialog in France – is that it understands the different religions of the world primarily as, in its own words, “bearers of humanity and ethics”. That is, religious doctrines, in this programme, are sacrificed on the altar of “social cohesion”, such that in order to participate in the same the representatives of the different faiths must be ready to affirm their respect for “the laws of the Republic” and to “assume their place in a French laïcité rich in cultural references”.

Seen in this light – where the condition for dialog is “social cohesion” rather than absolute religious truth – the Pope’s latest comments on “true fraternity” take on a different light. Francis would seem to agree that what he calls “the ability of religions to take part in public debate in a secularized society” rests precisely on this reduction of religion to culture, rather than doctrine, and that the true end to the interfaith “path of encounter, dialog and harmony” is not conversion but practical collaboration on an institutional, cultural and political level. This is how, according to the Pope, believers are to “promote peace and to defend, with gentleness and respect, the sacredness of every human life against any form of physical, social, educational or psychological violence”. 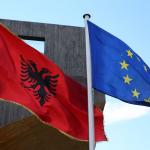 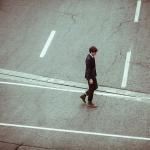 Abby Johnson and the Problem With...
Femina Ferox
Related posts from European Communion