News broke Tuesday 12th that Pope Francis had sent a rosary and a card to Lula da Silva, the Brazilian ex-president and icon of the social justice struggle in Latin America currently serving twelve years’ jail on money laundering and corruption charges. Despite the fact that the news was first published on the politician’s official Facebook and Twitter accounts, in the space of a few hours the Portuguese version of Vatican News published a note denying the story, and affirming that the Pope’s supposed intermediary, the Argentinian activist Juan Grabois, had visited Lula only “in a personal capacity”. A version of events that Vatican News in Portuguese then changed again only a few hours later, removing all reference to Grabois’ being a “personal” visit and attributing the confusion to “inaccuracies in transcriptions and translations”.

The note originally published – and now taken down – by the Portuguese version of Vatican News on its Facebook site read as follows:

With respect to the news currently circulating about the alleged sending of a rosary by Pope Francis to former president Lula, we clarify that we clarify that Argentine lawyer Juan Gabrois [sic], founder of the Movement of the Excluded Workers and former consultant of the Pontifical Council for Justice and Peace, tried to pay a visit – in a personal capacity – to the former president, and after an unsuccessful attempt, granted an interview before the building of the Federal Police in Curitiba. In the interview – if we focus on it – Grabois never affirmed that the rosary was sent by the Holy Father but that it was only ‘blessed’ by the Pope.

Vatican News‘ reading of the events was reinforced by a story, also now deleted, on the Vatican News website, that added that Grabois “didn’t have permission to meet Lula” and that rosaries like the one the activist gave the expresident “are taken, as the Holy Father wishes, to many prisoners of the world without considering the merit of particular realities”. Vatican News attempted to shore up its story, too, with a tweet – also since taken down – that read “#VaticanNews sticks to what the lawyer said #JuanGrabois said: the rosary is not a gift from #PapaFrancisco to #Lula. Like so many others, it is a rosary blessed and distributed on countless occasions. The visit was personal and not in the name of the Pope”.

In sum, quite the public relations exercise that mounted by Vatican News in Portuguese that was all to come undone, anyway, when the Facebook post, web story and tweet were all deleted and replaced by the following version of events:

Correcting our previous reports on the Grabois-Lula case, we must point out that there were inaccuracies in translation and in the transcriptions that led to some errors.

Below is the correct news.

Argentine lawyer Juan Gabrois [sic] is a consultant to the former Pontifical Council for Justice and Peace, who joined the Department for Integral Human Development and is the coordinator of the worldwide meeting of social movements in dialogue with Pope Francis.

Grabois granted an interview after being prevented from visiting former President Lula in the Curitiba Prison, where he has been detained for more than two months. Grabois defined as inexplicable his being prevented from meeting Lula, to whom he wanted to carry a rosary blessed by the Pope, some words of the Holy Father and his [the Pope’s] reflections with social movements, and to discuss spiritual matters with the former head of state.

Grabois said that he is very concerned about the political situation in Brazil and in several countries in Latin America. Finally, he said he was very sad about being banned from visiting [Lula], but what is important is to have succeeded in taking Lula the rosary.

It seems then, after all, that Grabois’ visit to Lula wasn’t just “in a personal capacity”, judging by this latest version of events. But then again: can we really trust Vatican News? 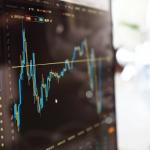 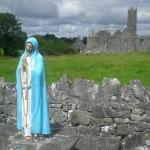